The Best Thing That Happened This Week: Patti LaBelle Gushes About Philly in the New York Times

Our Queen of Soul gets the royal treatment in T, the New York Times Style Magazine, and she heaps praise back on her hometown. 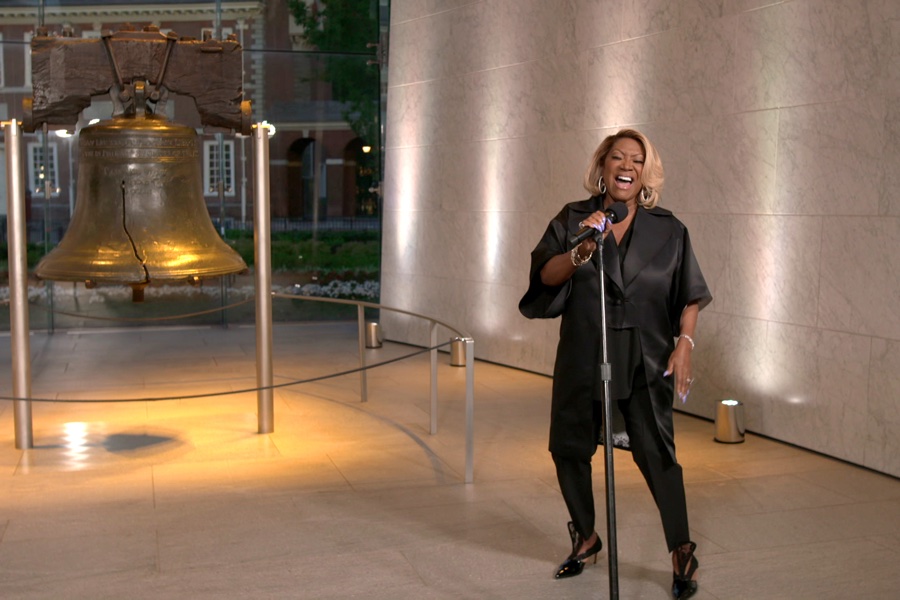 Patti LaBelle performs for the 40th Anniversary of “A Capitol Fourth” on PBS on July 4, 2020. (Photo by Getty Images for Capitol Concerts)

Okay, so everybody’s been talking about Dolly Parton and Barack Obama. But there are three divas featured in the new issue of T, the New York Times Style Magazine, and one of them’s all ours: the incomparable Patti LaBelle (or, as the headline puts it, “the doyenne of Philadelphia soul”). Besides noting that she’s always called herself “a Philly girl,” the T profile riffs on our city’s role as an incubator of musical talent (“It’s the most productive city I know”), traces the development of “the Philadelphia Sound,” and surveys the development of the 76-year-old singer’s remarkable career, from the streets of Eastwick to the choir of Beulah Baptist Church to her years touring a still-segregated America with the Bluebelles on the chitlin’ circuit to her monster 1974 hit “Lady Marmalade.” And then there’s more: her solo singing career, the friends she made along the way, her compassionate adoptions of four children, her acting career, her side gig baking cakes and pies from family recipes. But most of all, Mark Anthony Neal’s profile is the story of a life well lived in a place well loved: “Philadelphia is a place for me to live all my life because it’s quiet enough for me,” LaBelle says. “It’s not crazy like New York or L.A. I love Philly. Philly is my home.”