Here’s What We Know About Pennsylvania Results So Far

It's going to take many more hours to finish counting mail-in ballots statewide. But the early results show a predictably large advantage for Joe Biden, with the former V.P. winning 94 percent of Philly mail-in ballots. 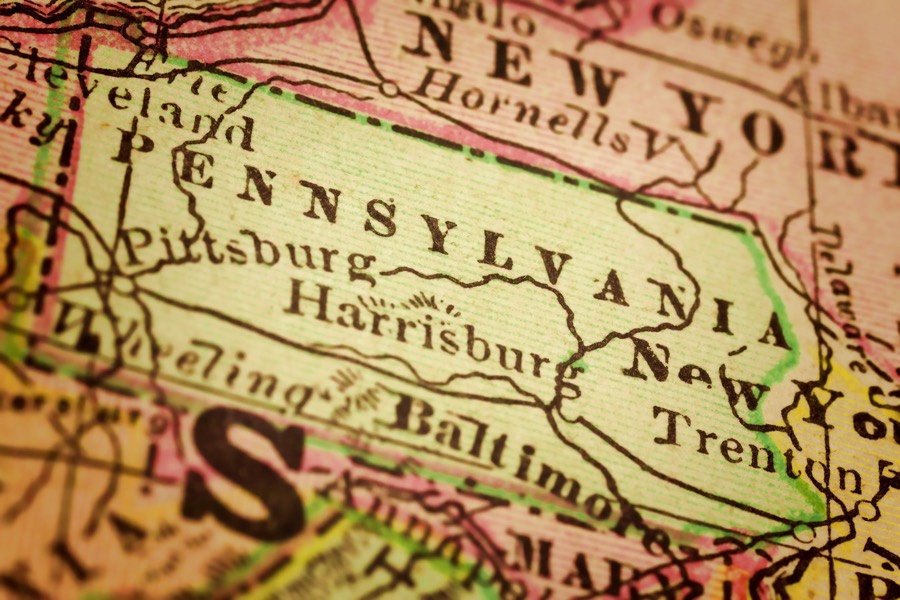 Pennsylvania election results are slowly coming into focus. There are hundreds of thousands of votes to still count, but here’s what we know so far. Photo by nicoolay/Getty Images/iStock.

Election Day gave way to Election Night, which has now given way to Election Day Two. We still do not know who has won the presidency, or Pennsylvania. But it’s clear from the results in Florida, and the Senate races in places like North Carolina and Iowa, that a landslide for Joe Biden and Democrats is not happening.

Two media outlets — Fox News and the A.P. — have already called Arizona for Biden, although there isn’t total consensus among the various decision desks as to whether that state is out of reach for Trump. If it is, though, Arizona makes Biden’s path to the White House much easier. He now can reach 270 electoral votes by winning Michigan and Nevada. Wisconsin was just called, and Georgia looks to be in play, too. Election officials in Georgia, Michigan expect to finish their count at some point on Wednesday. Nevada appears to be trending toward Biden, as the Election Day count has been completed and all that’s left to tabulate is the mail-in vote (which will continue to arrive and be counted for days to come).

So what does that mean for Pennsylvania? Well, it may not be the tipping-point state after all. Then again, it still could be. Either way, there is plenty to analyze. Here are where things stand as of Wednesday afternoon. Keep in mind: Votes are still being counted, and the margins are changing frequently. Contrary to what Donald Trump has said, the race is not over — and nothing about the ballot count is fraudulent.

As of this writing on Wednesday afternoon, Trump has a lead of nearly 390,000 votes in Pennsylvania, which is about an seven-point advantage. Ninety-two percent of Election Day precincts have reported their results, and as many predicted, Trump has a big lead in the in-person totals. But as we told you yesterday, the outstanding mail-in ballots heavily skew Democratic and will chip into Trump’s lead. So far, according to the statewide elections database, 1.2 million mail-in ballots have been cast for Biden, compared to 330,000 for Trump. That’s a more than three-to-one advantage — with Biden receiving 78 percent of the mail-in ballot vote, compared to 22 percent for Trump — and there are still 1 million mail-in ballots to be counted.

The critical question is whether that margin stays the same. If it does, Trump would net approximately another 220,000 votes, while Biden would net 780,000 more. Given the 390,000-vote difference between the two candidates, that margin would put Biden ahead. On the other hand, if Biden were to only win 70 percent of the remaining mail-in ballot vote, he’d only make up 400,000 votes on Trump, and would have almost no wiggle room left. (Note: this exercise doesn’t factor in whatever in-person vote is yet to be counted.) In short, we still need to wait and see.

Philly and the Suburbs

The story in the suburbs is similar: Biden is making gains on Trump’s Election Day total thanks to mail-in ballots (though not at as high of a rate as in Philadelphia). Take Chester County. There, Biden leads by 24,000 votes, or 9 percent. The county has received 138,000 mail-in ballots; so far, it’s counted more than 97,000. Of the ballots counted already, 80 percent of them are for Biden. Again, these margins could change as more ballots get counted, but what you’re seeing in the suburbs, and in Philly, is what you’re seeing play out across the country in the states yet to be called: The Democratic mail-in ballots are eating into Trump’s lead, or in some cases, expanding Biden’s.

If you want to check on the mail-in ballot trends in the other suburban counties, you can do so at the statewide election portal here (but note that some counties have their own local websites, which update results more quickly).

We wrote yesterday about how, among state politicos in the know, Northwest Pennsylvania’s Erie County is thought of as a statewide bellwether. A quick check on where things stand there: Trump currently leads Biden by a little more than 12,000 votes. But, again, the county is reporting that it still needs to count another 30,000 mail-in ballots. So far, Biden is winning 81 percent of returned mail-in ballots there. At that rate, Biden would win Erie. Again: This is all dependent on the rate of mail-in ballot support that goes toward Biden, which could change. But that’s where we are right now.

The politics blog Sixty-Six Wards is tracking turnout statewide and has a pretty useful graphic you can check out here. One immediate takeaway: Turnout looks to be up in the Philly suburbs compared to 2016. In Philly proper, there’s still in-person vote to be counted in three percent of the city’s precincts. When you combine the total in-person vote (so far) with the number of returned mail-in ballots, you end up with about 690,000 votes, just under the 700,000 votes cast in 2016. But those remaining Philly precincts will add to the total, and mail-in ballots are still arriving, so it’s seeming very possible that turnout could still exceed that of 2016. Like many things in this election year, we just don’t know for sure yet.

A Word About “Unreturned Mail-In Ballots”

You may have seen some reports recently that the U.S. Postal Service may have failed to deliver up to 300,000 mail-in ballots across the country, including some in Pennsylvania.

The good people at Vice have been covering the USPS and how it is handling mail-in ballots, and they’re reporting that these figures are very misleading. The Postal Service is explicitly not following its usual scanning protocol, in an attempt to streamline the ballot-delivery process. That means that some ballots won’t end up scanned as delivered in the system, even though they were, in fact, delivered. Look, the Postal Service has given us plenty of reason to not give them the benefit of the doubt, but the reporting in Vice makes it clear that this is being overblown. In fact, Vice has just reported that the USPS did do its sweep of the 300,000 allegedly unreturned ballots; in the end, they found that just 13 had been undelivered.  Though they did happen to be Pennsylvania ballots.