The court declined to overturn the state Supreme Court, which means the state's extended mail-in ballot deadline will stand. But with the vote split 4-4 and a new conservative justice set to join the court, there's every indication that rulings like this will soon be things of the past. 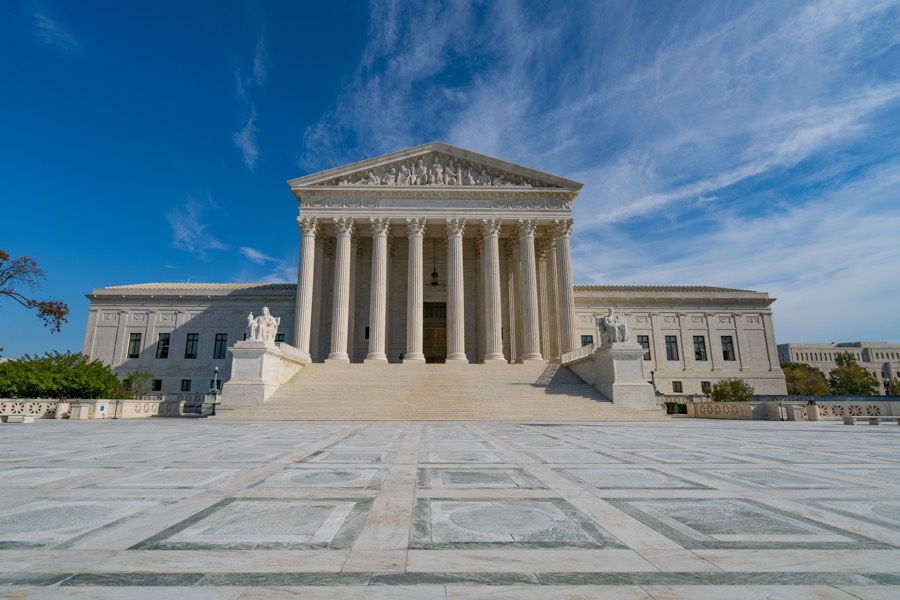 In the past few weeks, there have been enough legal battles over election rules across the country to make even the most seasoned lawyer’s head spin. One of the more important cases was taking place in Pennsylvania and concerned whether election officials could count mail-in ballots that arrived after Election Day on November 3rd. The state Supreme Court had ruled, back in mid-September, that the answer to that question was yes, extending the mail-in ballot deadline to November 6th. (Ballots postmarked after Election Day still wouldn’t be counted.) Republican lawmakers and the state party appealed before the U.S. Supreme Court, which on Monday declined to intervene. Case closed.

That the Supreme Court didn’t issue a stay in the case may seem like good news, at least if you’re in the democratic (note the lowercase “d”) business of making sure as many people get their votes counted as possible. But the court’s one-page order notes that the decision was split four votes apiece, with Chief Justice John Roberts casting the deciding vote. In other words, if the four most conservative justices had had their way, the court would have granted a stay, overturning the state Supreme Court’s ruling. The decision is a short-term victory wrapped in an ominous long-term message. Here are three takeaways.

More Ballots Will Be Counted

The most important and immediate consequence of the SCOTUS ruling is the simplest: More ballots will be counted. Under the old rules, election officials would have had to receive all mail-in ballots by 8 p.m. on Election Day. In its decision, the state Supreme Court ruled that the change of deadline was necessary given the increased number of mail-in ballots brought on by the pandemic, along with concerns over the Postal Service’s ability to return the ballots in a timely fashion. Not changing the deadline, the court claimed, would disenfranchise voters. And disenfranchising voters would violate the state constitution.

The Republicans made two separate counter-arguments. First, they claimed that the state court would be usurping legislative power by changing the deadline. Second, they argued that the new deadline was a federally unconstitutional extension of Election Day. That argument made particularly little sense, considering that plenty of other states count mail-in ballots after Election Day.

The Republicans also suggested that extending the deadline might produce a chaotic scenario in which there’s no clear winner by the end of November 3rd. They didn’t note, however, that the main reason vote-counting might dribble over into subsequent days is that Pennsylvania is one of just four states that don’t begin to count any mail-in ballots until the start of Election Day. Democrats in Harrisburg have been begging the Republican majority to pass a bill changing that law. They’ve refused.

The SCOTUS decision to accept the state Supreme Court’s ruling will unquestionably increase the franchise. In the June primary, the first election to take place with widespread mail-in voting, a total of 18,000 votes were thrown out — out of more than 1.5 million cast — because they arrived at the election offices after Election Day. So far, more than 2.8 million Pennsylvanians have requested mail-in ballots for the November election, one million of which have been returned. You may recall that Donald Trump’s margin of victory across the entire state in 2016 was just 44,000 votes.

What’s most surprising about the SCOTUS ruling isn’t the decision itself, but how close the court came to deciding the opposite. It would have been highly unusual for the Supreme Court to supersede a state Supreme Court ruling, yet the four most conservative justices voted to do so.

Those four justices presumably found something compelling about the Pennsylvania Republicans’ argument. Either they agree that counting mail-in ballots arriving after Election Day is unconstitutional, which would imperil the vote-counting process in states across the country. Or they believe that state judiciaries have no right to rule on election legislation even when that legislation may violate their own states’ constitutions. That could open the door to even more gerrymandering and voter suppression driven by state legislatures — only now with no judicial recourse.

Max Kennerly, a Philly lawyer who runs a legal analysis blog, noted on Twitter the extent of the hypocrisy coursing through the state GOP’s arguments. For one, Republicans are supposedly the protectors of states’ rights, yet they’re arguing here that the federal court system should intervene in state affairs. (They even cited the infamous Bush v. Gore case of 2000, in which the federal courts stepped in to prevent Florida from undergoing a recount.) Kennerly also makes the point that conservative Supreme Court justices already limited the federal government’s ability to regulate elections in the (equally infamous) 2013 Shelby County v. Holder case, which invalidated a portion of the 1965 Voting Rights Act. That decision limited federal power on election matters — and yet the Republicans here were arguing for a strong federal election law that would keep Pennsylvania from extending its ballot deadline. Kennerly concluded, “The PA election case was based on pure GOP hypocrisy.”

While there might not be a consistent pattern of legal logic to the Republican arguments, there is consistency when it comes to what these legal arguments are seeking to achieve: From their positions on dropboxes to naked ballots and mail-in ballot deadlines, Republicans have repeatedly advocated for court rulings that make it more difficult for people to vote.

It’s hard to look at the results of the SCOTUS case and not wonder what the results would be if conservative Supreme Court nominee Amy Coney Barrett already had a seat there. Less hard is imagining what she would decide. Though Barrett’s confirmation hearings were a masterclass in saying nothing while speaking at length, she would almost certainly have ruled in line with the conservative justices who wanted to grant a stay.

It’s well documented that the federal courts have been a battleground this election cycle. Earlier this month, a federal district court ruled, in a case brought by Republicans, that Pennsylvania dropboxes were constitutional. Elsewhere, a federal court in Texas ruled that limiting dropboxes to one location per county — no matter its size — was also constitutional. The federal courts haven’t always ruled in identical ways — some have made it easier to vote, others have made it more difficult. But what’s indisputable is that the federal judiciary is exerting a massive influence on how people can vote in their states.

That is exactly what would have happened again in Pennsylvania had the Supreme Court decided to stay the state Supreme Court’s prior ruling. For now, the court declined to overturn the state court. But it very nearly did so, and there’s every indication that a 6-3 conservative supermajority would have reached a different conclusion. Which is why it’s hard to do too much celebrating after this decision. There will always be another case.