As COVID cases increase, the outspoken chef says we could easily double the capacity at the Linc for Eagles games. The city? Not so much. 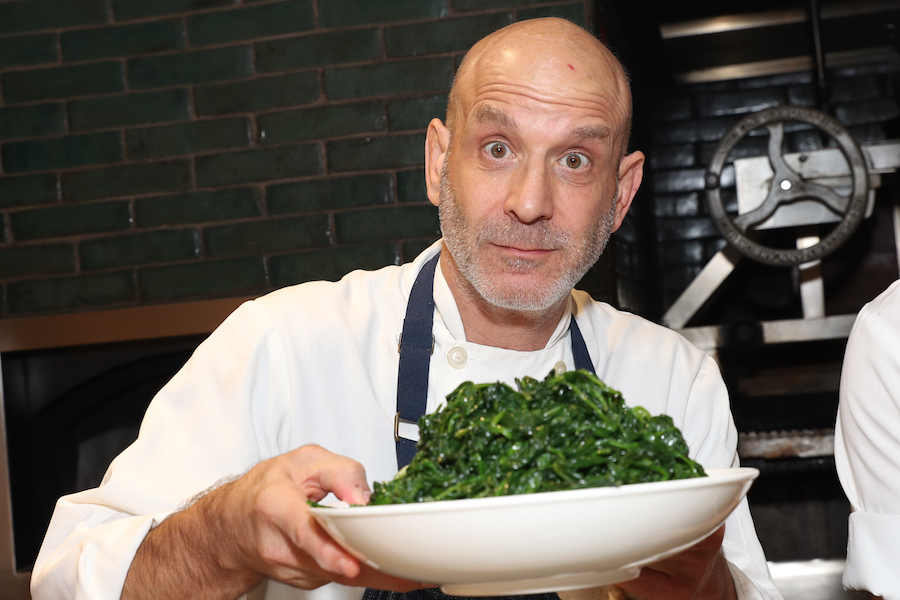 Philadelphia chef Marc Vetri, who says we could easily double the capacity at the Linc for Eagles games — even as COVID cases are on the increase (Getty Images)

I don’t know about you, but when I want the latest information on COVID-19, I turn to self-appointed public health expert Marc Vetri, M.D.

The millionaire restaurateur, who pulled off opening a new restaurant in Las Vegas in the middle of a pandemic, has been quite outspoken about his feelings on COVID and the way Philly has handled it.

Vetri has pretty much been the face of the anti-shutdown movement here. And he really let Jim Kenney have it after the Mayor was photographed eating indoors in Maryland while Philly indoor dining was prohibited — never mind that the COVID rates in that section of Maryland were much, much lower than those in Philly.

But, hey, who needs logic when you make the city’s most expensive pasta, amirite?

Now, Vetri is turning his fearless activism to the game of American football.

On Sunday, Vetri was one of the 7,500 people who were allowed to go to Lincoln Financial Field to watch the Eagles lose yet again, this time to the Baltimore Ravens. 7,500 is the maximum number of people allowed inside any outdoor venue of that size in Pennsylvania. But Vetri, in all his omniscience, says we could do 15,000 as easily as it is for him to make some spaghetti.

“We went!” Vetri proclaimed on Twitter the morning after the game. “Not really many rules … wear a mask … that’s really it. Was a great vibe. Could easily double the people with zero issues.”

Sure, COVID cases and infection rates are on the rise in Philly and many other parts of the country. And yes, some experts are warning that the United States is just a couple of weeks behind Europe, which is having huge COVID problems anew. But it’s cool: Marc Vetri promises zero issues.

I presented Vetri’s findings to Philadelphia health commissioner Tom Farley during a press briefing on Tuesday. Farley seemed unimpressed with Vetri’s analysis of the situation.

“Right now, you look at the numbers, and the cases are rising,” Farley said. “I’m inclined to impose new restrictions. Not lessen them.”

According to Farley, we’ve now topped more than 40,700 confirmed COVID cases since the beginning of the pandemic. The city is currently seeing the highest weekly averages of confirmed cases since mid-May, though, as Farley noted, this is, in part, because we’re testing more people.

But Farley also pointed out that our positivity rate — which has nothing to do with how many people you’re testing — is back up to around where we saw it in mid-July. And that’s not good.

“We may be entering a dangerous new period with this virus,” Farley said.