The fourth-term representative of Philly’s Fourth District on why November’s election will be closer than we think. 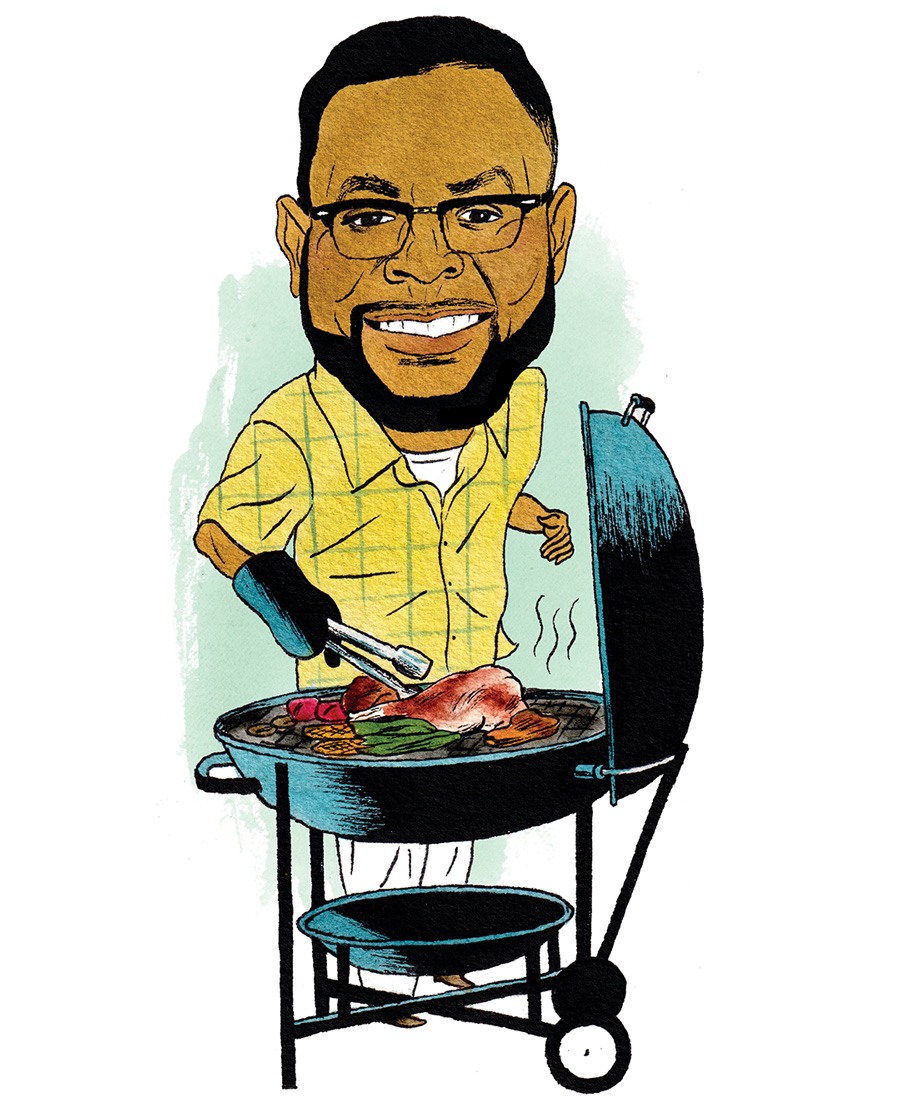 My full name is … Curtis Joseph Jones Jr. I have to put the Jr. on because my father doesn’t want his reputation sullied.

I grew up in … Wynnefield and went to Overbrook High School — before Will Smith got there.

These days, I live in … Overbrook Farms, one of the most eclectic neighborhoods in Philadelphia. We have every race. I live next door to a Jewish rabbinical school. There are Muslims next to them. Christians next to them. And we all get along.

I decided to run for office because … I wanted to change things. Why do we have to settle for the status quo?

If you ask me how I’m doing these days, I’ll tell you … that in between pandemics and social uprisings and economic recessions, I guess I’m doing okay.

When I was a kid, I wanted to grow up to be … president of the United States.

The accomplishment I am most proud of is … closing the House of Corrections, which was the oldest operating prison in the Commonwealth.

My secret talent is … gardening. I grow all kinds of tomatoes, lettuces, collards, cabbage — you name it.

My most influential teacher at Overbrook High was … Mr. James Best. He left me back a year because I wasn’t applying myself and changed the trajectory of my life. He was tough, and I needed it.

The farthest I’ve been from Philly is … the Great Wall of China. I went to China on a city trade mission during SARS. They sent me to South Korea when the south and north were on the brink of war. Also Oman, Jordan and Israel. The mayor would get Jamaica and France, and I’d get the dangerous assignments: Give it to Curt. He’ll go anywhere.

One way my district is unique is that … we have 66 percent of the parkland in Philadelphia. And at one end, I can look at million-dollar houses, and at the other, I have houses with a negative net worth.

Next month’s presidential election will be … closer than people think. Hillary should be a lesson to all of us. If we work, we win.

If you’re coming for dinner … I will barbecue. I just made a leg of lamb that I boned and wrapped around feta, spinach and mushrooms. I tied it up and threw it on the grill. It was wicked.

I became a Muslim … in high school. Then I reverted when I had too much fun in college. And then I came back to it again about 20 years ago. But I worship in synagogues, churches and mosques. I find God where I find it.

The best thing about my job is … helping people.

The hardest thing is … trying to make a dollar out of 50 cents.

My junk food obsession is … in my past. I’m eating healthier these days. I’m really into cucumber and tomato salad. I had to give up my Reese’s Peanut Butters and my Hershey with almonds. Mmm. I may relapse just talking about it.

The biggest difference between Philly now and when I grew up here is … that we used to apologize for Philly. Now, we don’t.

My wife, Jazelle, is always telling me to … listen more and talk less.

One thing people don’t understand about Philly politics is that … it’s not a spectator sport. This is full contact.

Published as “One of Us: Curtis Jones Jr.” in the October 2020 issue of Philadelphia magazine.