Just 55 percent of city residents have returned their census responses — far below the state average of 69 percent. For each Philly resident who fails to fill out the form, Philly loses an estimated $20,000 in would-be federal funding over the next decade. Fortunately, it's not too late. Here's what to do. 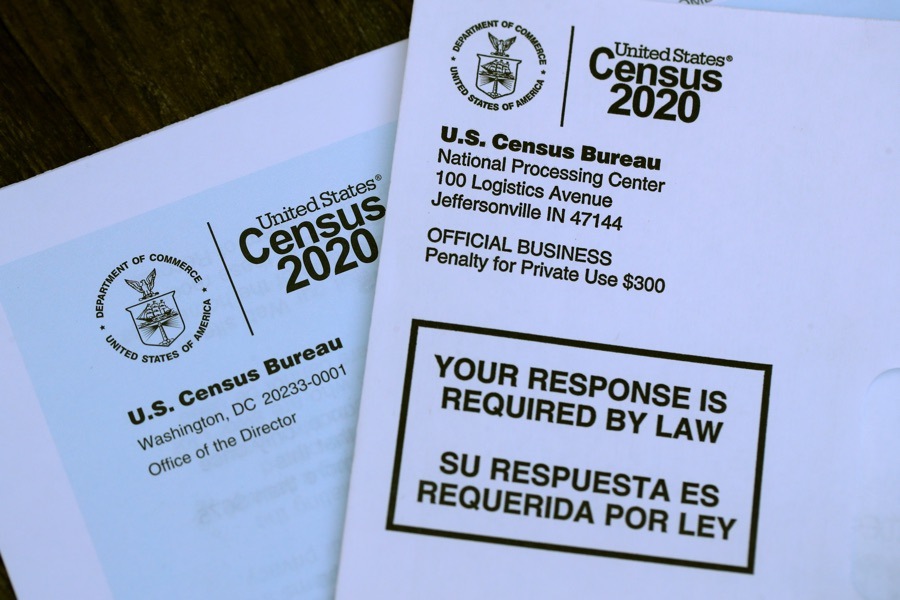 The Philly 2020 census response is well below the national and statewide average. Photo by Justin Sullivan/Getty Images.

Remember the census? You could be forgiven for not keeping it top of mind. But the once-in-a-decade national population survey casts a very long shadow — determining everything from Pennsylvania’s number of seats in the House of Representatives to the amount of funding Philly receives from the federal government for transportation, housing, Medicare and more. Which means that ignoring the census now will be unequivocally bad for the future of Philadelphia. City Councilmember Jamie Gauthier recently emphasized that for every person who fails to fill out the census, Philly loses some $20,000 in would-be federal funding over the next decade. And unfortunately, ignorance has been something of the norm so far for Philly: Halfway through September, just 55 percent of Philadelphians have sent in their census forms.

The good news is that time isn’t up yet. But we are rapidly approaching the deadline of September 3oth. So in the spirit of public service — and in hopes of inspiring you to do the right thing — here’s a rundown of  where things stand and what you need to know.

The way the census usually works is simple: The government sends out mailers to every address in the country. Recipients (hopefully) fill out the questionnaire, either online, by mail or by phone. For those who don’t respond, the Census Bureau sends real people to knock on doors to gather responses. Typically, this helps to capture the majority of stragglers. In 2010, the Census Bureau reported that it managed to reach 94 percent of all Pennsylvanians.

But the strategy of showing up on the doorstep of stragglers presents new challenges during a pandemic. There’s a real chance that it could lead to an undercount.

Normally, an undercount would simply be considered a bad thing. But under the Trump administration, it’s looked more like a not-so-secret goal. The administration has tried to avoid counting undocumented immigrants despite the fact that the census, by law, is supposed to count all residents, citizens or not. By excluding undocumented residents, the administration would lower population totals of many large cities, thus potentially lowering those states’ representation in the House. A federal court in New York recently ruled against the Trump administration’s plan.

The Trump administration’s attempt to bend an ostensibly apolitical institution to its will — sound familiar? — sheds a different light on other census decisions as well. Including this one: The Census Bureau announced recently that it would conclude its in-person canvassing on September 30th, a full month earlier than originally planned. This, too, would seem explicitly calibrated to produce a strategic undercount in the places that typically have the largest number of non-responses: big cities. As one census official told NPR, “It’s going to be impossible to complete the count in time.” That doesn’t bode well for Philly, which so far has only seen a response rate of 55 percent — seven percentage points lower than the response rate in 2010.

The Philly Census by the Numbers

It’s not uncommon for large cites to lag behind the national census self-response-rate average of 66 percent. In Boston, the current self-response rate stands at 57 percent; in New York City, it’s 59 percent; in Baltimore, 55 percent.

Within Philly, the distribution of respondents isn’t even, either. In Chestnut Hill, the average response rate of residents is nearly 80 percent. Compare that to University City, where just 25 percent of residents have responded — down from 2010’s total of 63 percent. (One possible reason for that huge gap: Many usual residents of University City — college students — aren’t actually on campus right now.) The census has also historically undercounted parts of cities where there’s high poverty — a trend that’s continuing this year. Among many of the city’s poorest census tracts — including in parts of North and Southwest Philly — the average response rate is below the city average of 55 percent. That could mean significantly less federal funding going toward the very communities that need it most.

There are signs of progress, though. While the Census Bureau doesn’t provide tract-level data for its in-person follow-ups to the public, it has reported having reached 71 percent of Philadelphians who did not self-report data. That means roughly 85 percent of Philadelphians have been counted in the census so far. The part of the city with the lowest percentage of in-person follow-up responses is Northeast Philly. (Should you feel so inclined, you can play with all of the census response data here.)

The Repercussions: Political and Financial

Like most cities, Philadelphia is in dire budgetary straits. The COVID-19 pandemic took a massive chunk out of the city’s projected tax revenue, resulting in a budget reduction of nearly $750 million. And Philly’s budget woes extend beyond city coffers. The state, which provides significant funding for transportation and schools, is faced with a $3.2 billion shortfall of its own.

This environment makes it all the more vital for Philly to have an accurate census count, since the census determines the allocation of some $1.5 trillion in federal funding nationwide.

There are political repercussions tied to the census, too. For starters, it determines the allocation of House of Representatives seats across each state. (Pennsylvania is expect to lose one seat, bringing its total to 17.)  The survey sets the stage for redistricting in Pennsylvania, which in recent years has been gerrymandered in favor of Republicans. In 2018, the state Supreme Court stepped in to redraw the Congressional map, but that court-imposed map is set to expire at the end of this year. Expect a battle in the state legislature over both the statewide and Congressional district maps — yet another reason why this November’s campaign for control of the state legislature will prove critical to the future politics of the state.

How You Can Still Send In Your Census Response

This one is simple. If you haven’t yet filled out the census, you can do so right here. If you no longer have the unique census ID code that came in the mail, you can still answer the questions after filling out a separate online form. And if a census canvasser comes knocking, make an exception and answer the door. You won’t have to do it again for another 10 years. Ten minutes of questioning that garners $20,000 for Philly — that’s not a bad deal.

This piece has been updated to correct the amount of money Philly loses with each census non-response. It is $2o,000 over a 10-year period, not $20,000 each year.