"I hope that she learns to love the Lord and maybe even come back to Mass someday and is respectful," Sarah Contrucci told Action News. The puncher isn't currently facing any charges. 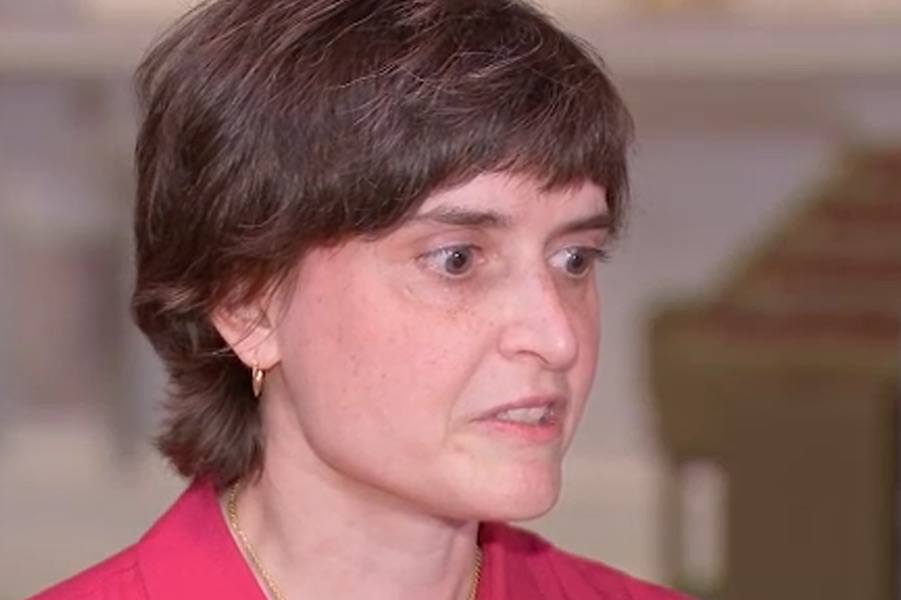 Woman Punched in a Philadelphia Church Forgives Her Puncher

You know, I was going to lead today’s news with some jackass in South Jersey who thinks it’s a great idea to fly a gigantic “All Lives Matter” banner on the outside of his business along the White Horse Pike. But then I learned about Sarah Contrucci. And I figure we could all use a little good news right now. So change in plans.

I’m sure that you’ve seen the video of one woman punching another woman inside a Philadelphia church on Sunday during 11 a.m. Mass. It happened at the Cathedral Basilica of Saints Peter & Paul, the historic church where Pope Francis celebrated Mass in 2015. In the video, a woman walks away from the altar after delivering a reading, and she is promptly punched twice by another woman. Naturally, the video went viral.

Well, it turns out that the woman who was punched is church member Sarah Contrucci. And Contrucci isn’t looking for revenge. She’s not hoping that the DA presses charges. Quite the opposite. Contrucci, who apparently never met the woman who punched her, is practicing a little bit of what the church preaches: She has forgiven the puncher.

“I hope that she learns to love the Lord and maybe come back to Mass someday and be respectful,” Contrucci told Action News on Monday. Contrucci went on to describe the encounter, in which she said the woman who punched her was muttering something about “respecting God.”

Police were able to identify the woman who punched Contrucci, who sustained no injuries. And police say that they aren’t filing any charges against the suspect at this time.

Last week, we learned about all the rules surrounding the return of indoor dining in Philadelphia, currently scheduled for September 8th.

On Tuesday morning, we found out what the rules will be for Philadelphia theaters and music venues, which are also allowed to reopen on September 8th.

Have You Heard About the SEPTA Malware Attack?

Normally, the SEPTA app or website provides real-time information about bus or train arrival. But that’s not what has been happening lately. Why? A malware attack.

According to a new Inquirer report, the malware attack has caused utter chaos for SEPTA.

The severity of SEPTA’s malware attack seems “pretty high” as it’s been the cause of so much disruption, said Michael Levy, former chief of computer crimes at the U.S. Attorney’s Office for the Eastern District of Pennsylvania. The attack caused SEPTA to shut down access to payroll and remote timekeeping, and there’s no internet at SEPTA headquarters at 12th and Market Streets. SEPTA has found a way for most employees to regain email access through a “cloud-based” system.

The length of time that systems have stayed down suggests malware may have “infected a whole lot of things” or hasn’t been seen before, Levy said. SEPTA does not know how much has been infected, the spokesmen said.

Even the FBI is involved!