Plus, there's not much good news in Philly's crime stats these days, but we did find some. 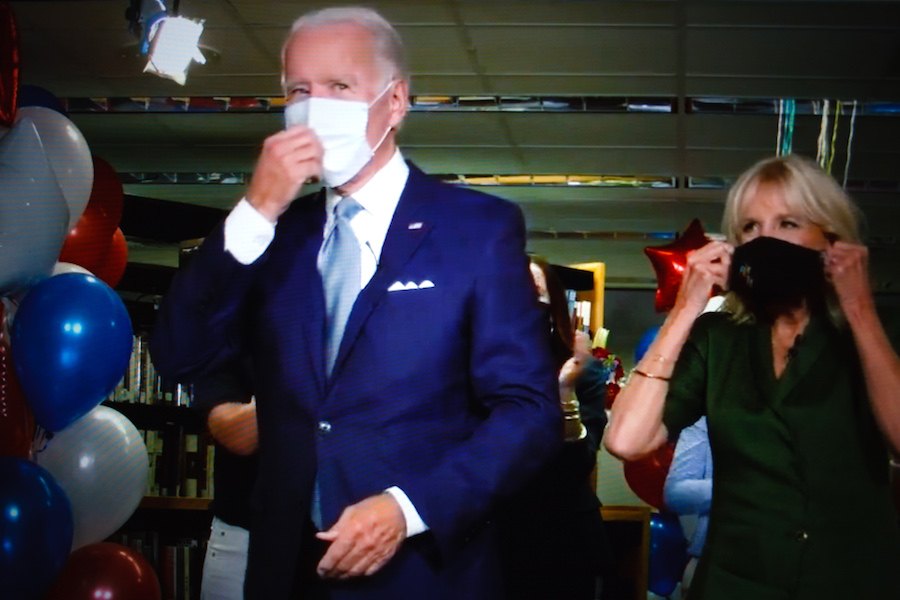 Joe Biden, who has a growing list of Republican supporters, and his wife Jill Biden during the Democratic National Convention (Getty Images)

Joe Biden Scoops Up Some Prominent Republican Supporters From Pennsylvania

We’ve all read that Donald Trump is obsessed with loyalty. He needs it. He demands it. He’s all about it. That means Trump has gotta be pretty displeased that Joe Biden is gaining more and more Republican supporters — especially with the Republican National Convention kicking off on Monday.

Last week, during the Democratic National Convention, we saw Republicans like John Kasich, Christie Todd Whitman and Colin Powell go on national TV to explain why they are now on Team Biden. And we’ve also learned of other Republican supporters of Joe Biden, including some from right here in Pennsylvania.

Biden’s newest Republican supporters from the commonwealth include the following:

But over the bridge in New Jersey, Congressman Jeff Van Drew is still very much on Team Trump. Van Drew, who memorably switched from Democrat to Republican over the whole Trump impeachment mess, is scheduled to speak on Thursday a.k.a. the big day of the RNC.

Pro-Tip: Don’t Punch Anybody In Church

OK, so you probably just shouldn’t punch anybody. Period. But if you punch somebody in church and it’s caught on video, you can be pretty sure your face is going to wind up on local TV news.

Such is the case with the suspect in an assault that took place on Sunday at Philly’s Cathedral Basilica of Saints Peter & Paul during 11 a.m. mass. Thanks to the livestream that’s in place each Sunday, a woman can be seen punching another woman twice as the 40-year-old victim walks away from the altar. No word on what might have prompted the outburst. Police are investigating, with the cooperation of the Archdiocese of Philadelphia.

Here’s what Archbishop Nelson Perez had to say in a statement:

During the 11:00 a.m. Mass at Cathedral Basilica of Saints Peter & Paul, which was broadcast live via my Facebook page and the Archdiocesan Vimeo Channel, a senseless act of aggression took place. One of the lectors was punched by someone in the congregation as she left the altar.

Such behavior is unacceptable at all times, especially within the confines of a church building and during the celebration of the Holy Mass. I was saddened to learn of this incident and regret that it took place. The lector who was assaulted received immediate attention and assistance from Cathedral staff members off camera. She did not require medical attention and is doing well based on the reports I have received. The Archdiocese of Philadelphia is working in conjunction with police regarding the matter and will cooperate with them fully. Please be assured that there are safety and security plans in place for the Cathedral Basilica of Saints Peter and Paul. We welcome all visitors and work to provide for their safety. Violence has no place in our world and every life is a precious gift from God. Please join me in praying for everyone involved in today’s incident and for respect for our fellow brothers and sisters.

And 6 ABC with the video:

Most Violent Crime Is Actually Down in Philly

We’ve been hearing a lot about how the homicide numbers in Philly have been breaking records left and right, and not the kind of records that you want to break.

But if there is any good news at all in the stats coming out of the Philadelphia Police Department, it is that most categories of violent crime — and property crimes too, actually — are down over where they were this time last year.

Robbery by gun is down by about 20 percent. Robberies without a gun are down by about 18 percent. Sexual assaults have seen a decrease of close to 23 percent.

In terms of property crimes, residential burglaries are down more than 23 percent. And most categories of theft are down as well, with the notable exceptions of auto theft (up about 27 percent) and theft of auto registration plates or license plates (up about 34 percent).

As for homicides, we went from a 33 percent year-to-date increase this time last week to a 25.7 percent increase year-to-date as of Monday morning.