The mayor grew visibly agitated as reporters had the nerve to ask him about gun violence, COVID-related SEPTA problems and, yes, Philadelphia trash pickup. 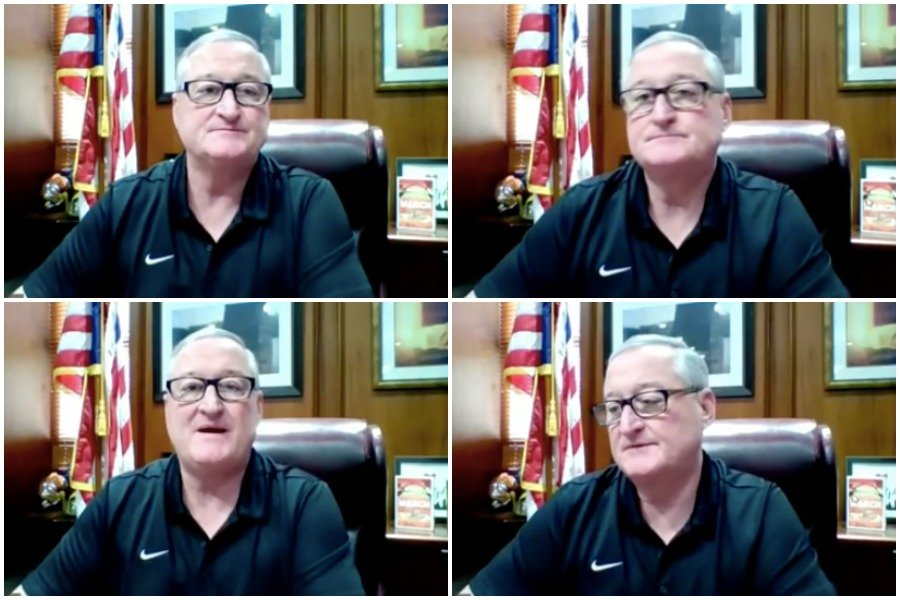 There used to be a guy who ran Philadelphia by the name of John Street. He was the mayor of Philadelphia from 2000 to 2008. And he’s best remembered for two things: an FBI bug that turned up in his office and being a generally abrasive character, especially when it came to dealing with the press. And on Thursday, current Philadelphia mayor Jim Kenney channeled a bit of that John Street abrasiveness during a Zoom press conference.

Kenney and various members of his administration have been holding Zoom press conferences almost daily since the beginning of the COVID-19 shutdown in Philadelphia. And while Kenney has sometimes seemed mildly annoyed by the questions posed at those press conferences, he generally remains calm, cool and collected. But not on Thursday.

What Kenney wanted to talk about at Thursday’s press conference was PHLConnectED. That’s an admirable new partnership with Comcast, among others, designed to decrease the digital divide in Philadelphia. It’s an especially important initiative now that Philadelphia’s schoolchildren will be forced to learn online from home this fall.

Kenney grew visibly agitated as reporters continued to go “off-topic,” even though the invite sent out to reporters didn’t tell them that they wouldn’t be allowed to ask questions about anything other than PHLConnectED. Kenney did answer some of those questions.

Then when one reporter jumped in saying, “This question is about the digital program,” Kenney interjected, “Thank God.”

“Does anybody care about our kids’ education?” responded Kenney. The reporter chuckled and then said she thought she was allowed to ask about COVID-related issues. The mayor stammered. And then his spokesperson told the reporter to “go ahead.” Kenney then said, “Ask away, ask away,” his face communicating the rest.

You can watch this exchange below:

Kenney also repeatedly suggested that the press and the public aren’t considering the fact that the city is still dealing with the pandemic when judging or questioning his administration on certain issues.

“It’s in the midst of a pandemic, which people seem to forget we’re having,” Kenney said after a reporter asked him about the wave of gun violence.

“We’re in the middle of a pandemic, if you didn’t realize that we are,” Kenney scolded another reporter who had the nerve to ask him about the Philadelphia trash pickup problem.

Hopefully the mayor has some time for a little R&R this weekend.

If you were one of the people who looted stores and destroyed property in the region in late May or early June and you haven’t been arrested yet, don’t assume it won’t happen in the future.

Just look at the case of Lore Bluementhal, the 33-year-old Germantown woman charged by the feds with setting two cop cars on fire outside of City Hall on June 1st. She was charged three weeks after the incident. And at the end of July, five men and one minor were charged in Philadelphia with damaging Pennsylvania State Police vehicles back on May 30th.

And on Thursday, the Atlantic City Police Department announced charges against 95 people relating to looting and property destruction in late May and early June.

“Investigators initially reviewed thousands of hours of video recorded coverage from public and private cameras and social media,” police said in a statement on Thursday. “Through the videos, investigators were able to locate individuals involved in criminal activity. Photographs were provided to law enforcement personnel who identified suspects.”

I know that you are probably plagued by all sorts of annoying robocalls and scammers who call you to say that you owe the IRS money and that if you don’t pay up right away, you’re going to be arrested. Heck, I haven’t answered a call from a phone number I don’t recognize in probably five years.

But if you get a call from a phone number that begins with the 215 area code followed by the exchange 218, I suggest you pick it up.