And, no, it's not a good kind of record. 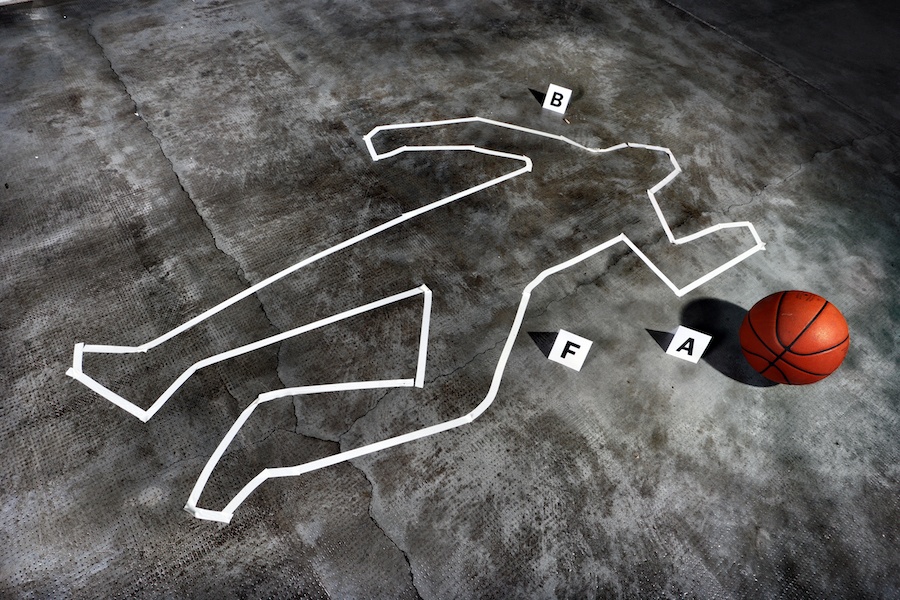 If you feel like things in Philly seem more violent than usual, trust that feeling, because it’s backed up by hard data.

As of 11:59 p.m. on Wednesday night, the Philadelphia homicide count for 2020 was up 32 percent over where it was the same day last year. So far this year, Philly has seen 247 homicides when we were at 187 this time last year. In fact, 247 homicides is one homicide more than all of the homicides for the entirety of 2013, when the city saw 246 killings. Think about that for a second.

Looking back into police records, we’ve exceeded the number of year-to-date homicides for every year that the Philadelphia Police Department tracks on its live stats page. That goes back to 2007, when we had 240 homicides year-to-date, so we’ve exceeded that number by 5. And we ended that year with a whopping 391 homicides.

Right now, we’re on track to surpass that 2007 homicide count. And we might even exceed the number of homicides in Philadelphia in 2006. That’s when Philadelphia had 406 homicides. In November of that year, Philadelphia magazine’s cover story was about the city’s homicide problem. There was a big gun on the cover along with the word “MURDER.” Hotels removed copies from their rooms. Fun times.

Back in June, Philadelphia Police Commissioner Danielle Outlaw talked a little bit about what the department would do to get those numbers moving in the right direction. But since then, she hasn’t had all that much to say.

Meanwhile, Mayor Jim Kenney, Philadelphia health commissioner Tom Farley, and outgoing City of Philadelphia managing director Brian Abernathy hop on a Zoom call with reporters every day at 1 p.m. Maybe she could do the same? At least once a week? COVID will eventually go away. (No, really!) But the violence surging through the city seems here to stay. Just a thought, Commish. Talk to the people.

Speaking of the police…

It was a while ago when I told you about Lore Blumenthal, the 33-year-old Germantown woman who has been charged with setting two cop cars on fire outside of City Hall during the George Floyd protests in Philadelphia on May 30th. (Update: She’s still in federal custody, and the feds appear to have no intention of releasing her anytime soon.)

And now there have been more arrests stemming from those May 30th protests. Police have announced charges against five men and one minor for allegedly damaging Pennsylvania State Police vehicles near Broad and Vine Streets on that day. All of the men are in their early 20s. Some of the charges include institutional vandalism, conspiracy, and disorderly conduct. Some of the defendants have already posted $1,000 bail. Keep in mind that these cases are being handled by District Attorney Larry Krasner (read: lenient) as opposed to the feds (not so lenient).

There’s a “Census Caravan” in Philly This Weekend

There’s a running joke in my house about the 2020 census. When my kids see me hard at work on something, they ask, “Daddy, are you filling out the census?” They do this because they know the answer is no. I don’t know why I haven’t filled out the damn census. And the feds keep sending it to me in the mail, with that big-lettered reminder on the envelope that everybody is “REQUIRED BY LAW” to complete the damn census. Actually, another census form showed up in my pile of mail yesterday. (Side note: ‘Twas the first day in a week that my house was visited by the mail lady. WTF’s up with that?)

Anyway, there’s going to be a “Census Caravan” in Philly this Saturday, August 1st, led by Philly Counts (that’s the city initiative that’s supposed to be getting every single Philadelphian to fill out the damn census). Representatives of the United States Census Bureau as well as local pols like Congressman Dwight Evans and Councilperson Jamie Gauthier will be on hand to get you to fill out the damn census.

Okay, I’m so sick of talking about the damn census that I’m literally going to finish writing this and fill it out immediately. My kids can find something else to bother me about.