Dear Bob Brady: Your Time Is Up

That's the message that ward leader Brian Eddis just delivered to the former U.S. congressman, who has been the head of Philadelphia's Democratic City Committee since way back in 1986. 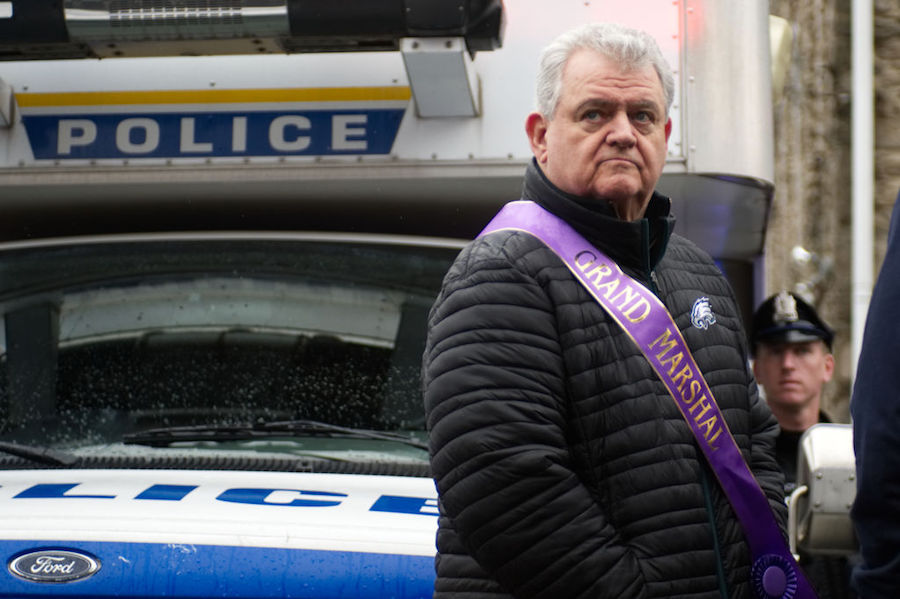 Bob Brady, the former U.S. Congressman from Philadelphia and current head of the Democratic City Committee in Philadelphia. (Getty Images)

Any conversation about old white men in power in Philadelphia always leads back to Bob Brady, a true Philly political boss if ever there was one.

Brady was a member of the United States Congress from 1998 until his resignation last year. And since 1996, Brady has led Philadelphia’s Democratic City Committee, a hugely influential body made up of the city’s ward leaders. For many, many years, if you wanted to run for office as a Democrat in Philadelphia, you needed the blessing of the Democratic City Committee. Basically, you had to kiss Brady’s ring.

But more recently, Brady has been losing control of his party. One notable example was when Democratic City Councilmember Helen Gym broke with the party to endorse Kendra Brooks, a third-party candidate who wound up winning a seat on council. Brady was absolutely, positively furious. Just a year or two before, defying Brady like that would have been virtually unthinkable.

And now, in an also previously unthinkable move, a Democratic ward leader is stepping up and calling for Brady’s resignation from the Democratic City Committee.

Northeast Philadelphia’s Brian Eddis, who has been a Democratic ward leader since 2014 and who served in other roles in the local party since 2006, says he hand-delivered this letter to Brady on Thursday morning calling for Brady to step down as the leader of the Democratic City Committee “for the sake of Philadelphia’s Democratic Party.”

In the letter, which Eddis also emailed to all of the other ward leaders, Eddis says that he supported Brady and his agenda for years but that he just can’t do it any longer.

“Now, after 14 frustrating years of experiencing and witnessing firsthand your lack of leadership, your lack of diplomacy and your questionable ethics,” wrote Eddis, “the time has come to turn over leadership of the Party.”

Eddis goes on to reference a recent Zoom meeting of Philadelphia’s ward leaders, during which Eddis tried to ask Brady about various issues of concern, including the lack of diversity in the leadership of the Democratic City Committee.

“I pointedly asked you about the lack of diversity in the party, starting at the top with the leadership roles and office staff you have hand-picked which all happened to be white males,” wrote Eddis to Brady. Eddis also raised concerns about the financial status of the Democratic City Committee and Brady’s tendency to pit ward leaders against each other and cause division.

In addition, Eddis pointed out that instead of backing Nina Ahmad, a woman of color from Philadelphia, for auditor general of Pennsylvania, Brady chose to back some white guy from all the way out in Allegheny County. (Ahmad ended up winning the primary.)

“I can only assume your support of a white man from Western PA was more of the self-serving, transactional politics in which you seem to specialize,” Eddis wrote.

“The era of ‘What’s In it for Me’ politics is over,” he continued. “So is your reign as Chairman.”

In a phone call on Thursday morning, Eddis told Philly Mag that Brady refused to address any of his concerns during the Zoom meeting.

“What pushed me over the edge was when I asked him these questions and he just dismissed them,” said Eddis. “He never answered a single question. And when I tried to raise my hand again, I was muted. I was not allowed to speak.”

Eddis says he hasn’t had a response from Brady just yet. And neither have we.

We’ve been hearing a lot about the back and forth between Philadelphia Mayor Jim Kenney and Philadelphia City Council over the upcoming municipal budget. Originally, Kenney sought to add $19 million to the budget for the Philadelphia Police Department. But that proposal came before the recent wave of mass protests against racism and police brutality.

Late on Wednesday, City Council agreed on a budget that not only nixes the $19 million increase to police (Kenney had actually already stepped back from that) but also includes a $14 million decrease in police funding. Various news outlets are reporting that City Council cut police funding by $33 million, which I guess is sort of true. But they didn’t have that $19 million to begin with. It was just part of Kenney’s proposal. The key word being proposal.

Anyway, based on the huge increases in money that the Philadelphia Police Department received under Kenney’s previous years in office, they’re still way ahead of other departments of the city.

On Wednesday afternoon, United States Attorney William McSwain announced that 33-year-old Philadelphia woman Lore-Elisabeth Blumenthal has been charged with setting two Philadelphia police cars ablaze during the protests on May 30th. She could face 80 — yes, 80 — years in federal prison if convicted on all charges.

The story on how the FBI tracked her down is kind of amazing. It involves Etsy, a massage video, LinkedIn and a very distinctive peace symbol that’s tattooed on Blumenthal’s arm. You can read all about that investigation in the FBI affidavit below.

“We at the U.S. Attorney’s Office fully support the First Amendment right of the people to assemble peaceably and to petition their government,” said McSwain on Wednesday. “But torching a police car has nothing to do with peaceful protest or any legitimate message. It is a violent and despicable act that will be prosecuted in this District to the fullest extent of the law. Anybody who engaged in such acts can stand by to put your hands behind your back and head to federal prison. We are coming for you.”

“During the past several weeks, multitudes of people peacefully and lawfully exercised their First Amendment right to protest,” she said. “However, there were individuals who chose to use the protests as an opportunity to engage in criminal activity. Some of these individuals’ actions were malicious, destructive, and could have resulted in critical injuries to others. We are privileged to have worked, and will continue to work, with our partners in law enforcement to investigate, identify and hold accountable the persons who committed these unlawful acts.”

A hearing is scheduled for Friday to determine Blumenthal’s bail. And I hear that a GoFundMe to help with her legal expenses is in the works.