When Queer Eye Comes to a Town, Local Businesses Boom. But Things Are Different For Philly

Examining the Queer Eye bump in the wake of the pandemic and the protests. 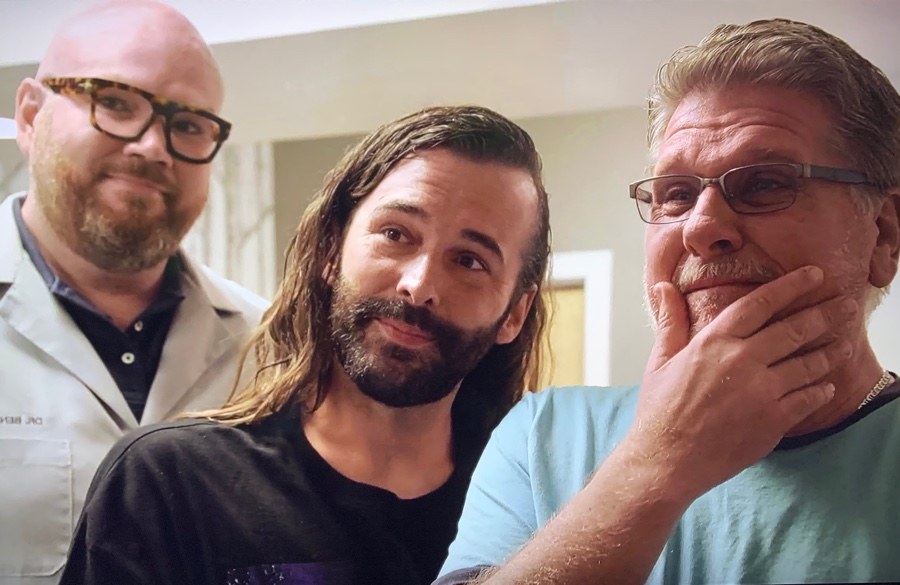 It was July 2019, and his father was having open heart surgery. Halton had been sitting in the hospital waiting room with his family for hours, itching for some good news. Suddenly, his phone rang. A Queer Eye producer was calling, saying they wanted his dentistry practice, Warminster Dental Associates, to appear on the upcoming season. It was the good news he needed to hear.

While the show focuses on dramatic transformations of deserving individuals, there’s another group that greatly benefits from appearing on-screen: the local businesses enlisted by the Fab Five to participate in the makeover process. In what’s occasionally referred to as the Queer Eye “bump,” these businesses often see a boom in new customers, social media followers and their bottom lines as a direct result of appearing on the show.

After being featured on Queer Eye’s fourth season, Matt Moreland’s Harrisonville, Missouri business, Red Barn Ranch, became known nationwide. Moreland started selling merchandise online, and when his pumpkin patch opened in the fall, he says, the 40 percent boost in attendance was an all-time high. Queer Eye is “the gift that keeps on giving,” Moreland says. “I knew season five came out without having to log on and see it was there because I started selling merchandise again.”

In season three, Deborah and Mary Jones were the heroes of episode three. Jones Bar-B-Q in Kansas City, their eatery, also experienced a Queer Eye bump, in the form of a massive growth in both social media followers and sales.

In any other era, the same would have been true for Halton and Warminster Dental. But Philly’s Queer Eye season dropped in a time unlike any other. It aired at the intersection of a pandemic-induced quarantine and the amplification of the Black Lives Matter movement, which means this journey looks very different for Philly businesses. 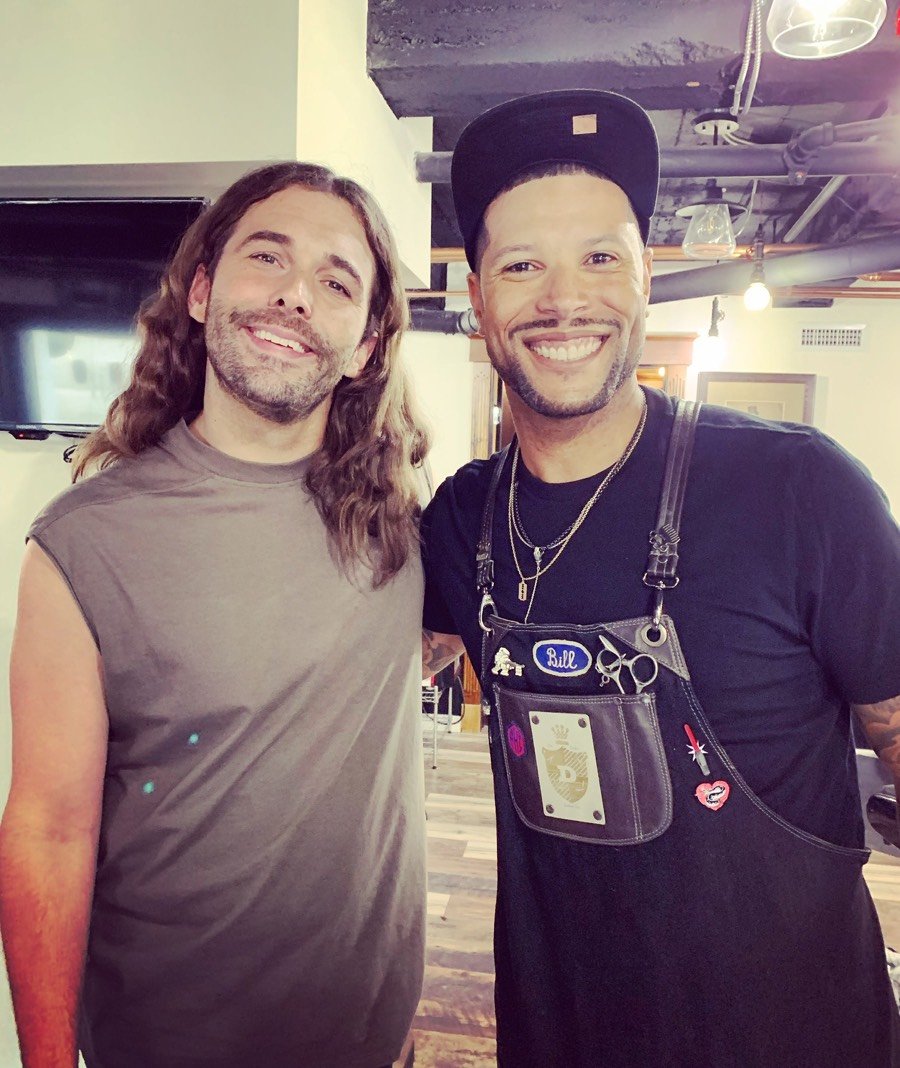 “The pastor was very humble and had the biggest heart,” owner and head barber William Brown says. “It was an honor to make him feel better.”

Brown loved every second of filming; it bumped up his mood and grew his passion for his job. But that pocket of joy isn’t enough to combat some of the hardships he’s faced since then. In any other world, business would now be booming, but this fifth-generation barber has since closed two of his three locations due to economic fallout from the pandemic.

His remaining barber shop in Chestnut Hill was closed from March 13th to July 6th — more than 100 days. Now that it’s reopened, Brown says, profits are down by at least 25 percent. He originally had four chairs in the shop, all five feet apart, but because of the six-feet-apart regulation, he had to remove one. He’s also had to invest more money into safety measures.

“I personally use an N-95 mask,” Brown says. “I know it’s a very uncomfortable mask to wear, but it filters, so I not only protect my clients, but I protect myself from the client as well. We also had to invest in numerous, numerous boxes of gloves, hand sanitizer, cleaning agent and marketing. It’s definitely a hit to the budget.”

Brown thinks he’ll be able to weather the setbacks as long as there isn’t another shutdown, but that would be the point of no return for the shop.

While Brown has focused on rebuilding post-Queer Eye, his episodic neighbor, Jackie Starker, has used the unique circumstances of her newfound fame to expand the charitable reach of her business.

Starker is the owner of Amelie’s Bark Shop, a gourmet pet bakery in East Passyunk. Her shop was featured in the food portion of the second episode, in which Antoni Porowski taught the episode’s hero, Rahanna Gray, how to make dog treats for her mobile grooming business.

Starker has an autoimmune disease. Though the stress of being at-risk during the pandemic could easily overwhelm her, she chose to focus on the positives of the moment when the show dropped. She channeled her energy – and Amelie’s Queer Eye-induced boost in exposure – into giving back to a part of the Philly community she hadn’t given to before.

In the past, Amelie’s would donate to dog and cat rescue organizations such as PAWS and City Kitties, but 10 percent of the proceeds from their Queer Eye-inspired line of colorful dog bandannas and treat bundles now go to local LGBTQ organizations the Attic Youth Center and Galaei. 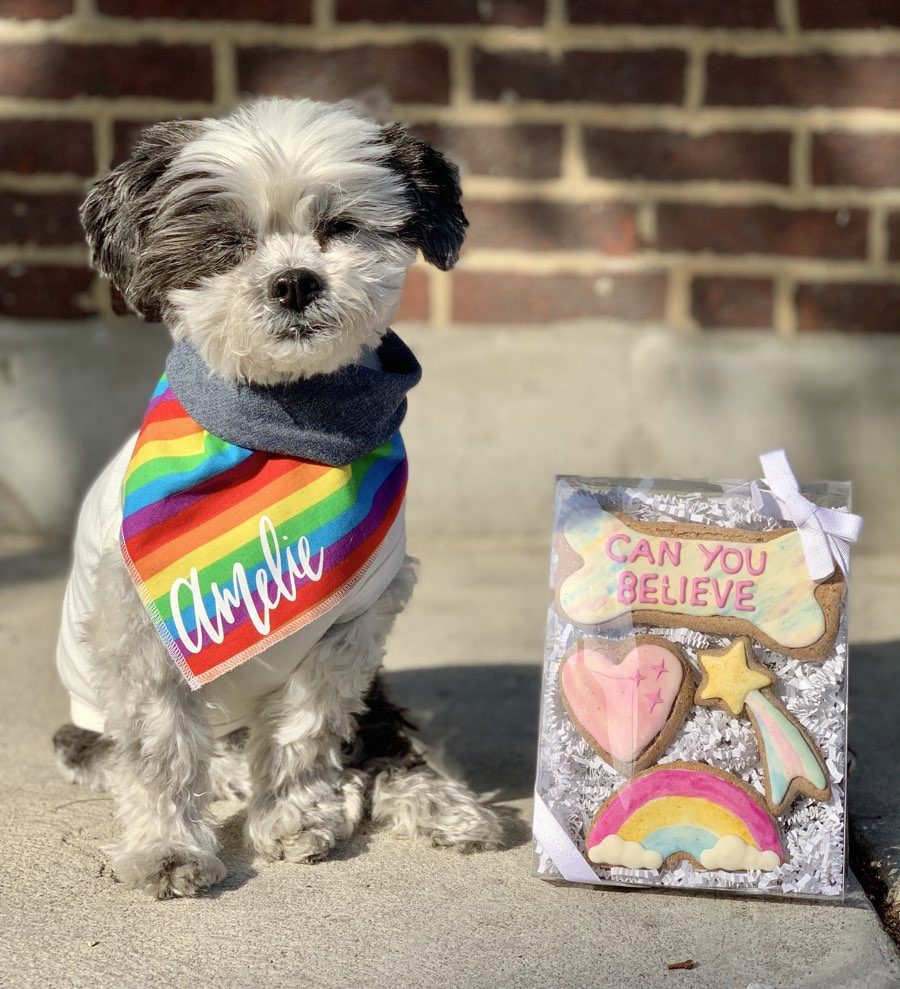 “I feel like it’s especially important right now to show where businesses stand,” Starker says. “We wanted to make sure we were showing we support the LGBTQ community in more ways than just releasing a line of products. We’re also planning on restructuring our donations. We want to pick a new organization every month to reach more social justice causes for humans and not just animals.”

Another outfit that’s taken a different post-Queer Eye path is the local hub of environmental activist group Sunrise Movement. Pre-2020, Sunrise focused almost exclusively on issues related to climate change. The hero of episode five, 19-year-old Abby Leedy, was devoted to her role in the organization.

After the season aired, Sunrise experienced the typical boost the show brings. Its website gained thousands of new visitors, and its Instagram account is gaining followers every day. “We’ve gotten lots of young people who want to be involved with the Philly hub or who want to start their own hubs,” Leedy says.

Queer Eye definitely did its thing, but it’s been a year since the shows filmed. And Sunrise has pivoted its focus.

“There’s this thing we talk about in social movement organizing called the moment of the whirlwind,” Leedy says. “Things change really rapidly and on a huge scale. Huge amounts of people who have never been involved with organizing or political things before become activated.” 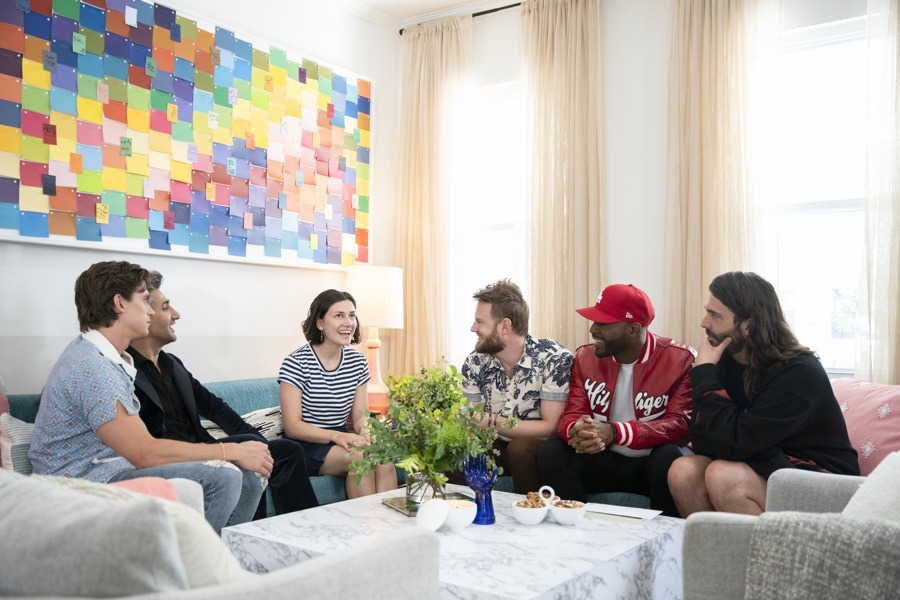 In light of the death of George Floyd and the ensuing protests, Sunrise has harnessed that whirlwind, pivoting its efforts and resources toward fighting racial injustice and helping the Black Lives Matter movement. The organization raised money for bail funds, called for local political leaders to not only support BLM but to be actively antiracist, and thrown support behind such local politicians as Nikil Saval, who supports both its original and its new causes. Though a few volunteers were disgruntled by the change, Sunrise says that overall, most everyone has been on board for the shift in direction.

This amplification of the Black Lives Matter movement has undoubtedly been a focus of the summer of 2020. Back in summer 2019, though, when Queer Eye was filming, Benjamin Halton’s focus was teeth. Specifically, Kevin Abernethy’s teeth. Over Labor Day weekend last year, Halton was frantically working on a pair of dentures for the hero of episode three so Abernethy could look and feel his best at his daughter’s wedding. The process normally takes two weeks, but, thanks to tight production schedules, Halton only had three days.

“It’s why I went into dentistry,” says Halton, whose fateful call in that hospital waiting room landed him on the episode. “We really do help people tremendously. It was a joy to see that aspect on the small screen. Kevin’s entire posture, his everything, changed when he had his teeth.”

Now, Halton just needs to work on getting his own metaphorical smile back. Though he’s been contacted by people all over the world about his impact on Queer Eye, he says the pandemic created a “rough road” for dentists.

“It was a nightmare trying to get any of the small business loans,” he adds. “There’s been no guidance for dentists.”

Halton welcomes the reprise the show brings, and as a Temple grad, he calls the season a “love letter to Philadelphia.” Still, it’s hard. “Seeing the office up and running and functioning at full capacity was kind of bittersweet,” he explains. “It’s a whole new world now. We have hypochlorous foggers we have to use now. We have HEPA air filters that we had to install on every single operatory. We look like we’re wearing full hazmat suits.”

Halton ended up forming a friendship with Abernethy and did all of the other dentistry work he needed for free. This kind spirit was reflected on the show, as were the good hearts of many other Philly business owners. But that might not be enough to keep these local outfits afloat in a completely unprecedented situation.

Season five of Queer Eye warms the heart and breaks it at the same time, because we’re watching a Philadelphia that used to exist — and we know today’s reality is far different. No one could have predicted that after appearing on a nationally beloved Netflix show, a barber would close two locations, or a climate change group would completely pivot its focus.

But just as there’s no one right way to manage a business, there’s no one right way to maneuver one through 2020. Brown, Starker, and Halton’s predecessors had a clear post-Queer Eye path: appear on the show, reap the rewards of exposure, then keep on with business as usual, albeit on a much larger and more successful scale. Though the businesses featured on the Philly season got the same jolt of Fab 5 electricity, they’ve had to reimagine their businesses instead of doubling down on what caught the attention of producers in the first place. What should have been a period of expansion has become a period of transformation, and with any transformation comes growing pains. As Philly’s return to “normal” – whatever the new normal will be – occurs in fits, starts, delays and steps back, it will be a while before the Queer Eye bump can fully work its magic for some of these homegrown businesses. Let’s just hope it won’t be too late.