A staff organizer for the nationally known Sunrise Movement and a participant in Friday’s climate strike, Abigail Leedy looks to inspire her generation — and those before hers — to fight climate change. 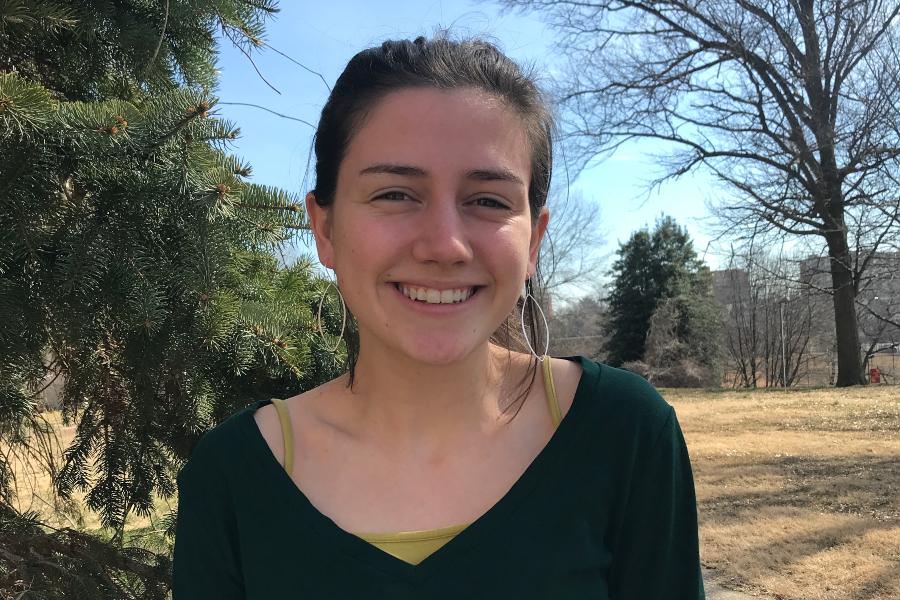 Abigail Leedy of the Sunrise Movement

If you’ve paid attention to the news at all this year, then you’re probably well aware of recent youth-led strikes against climate change — including the latest on Friday.

Students are taking to the streets in Philly (and around the world) to encourage City Council to pass legislation curbing the city’s reliance on fossil fuels. (During a youth-led march in September, students from the School District of Philadelphia who left class to participate were marked absent. On Friday, they got a pass.)

One of the city’s leading youth-led, anti-climate change organizations is called the Sunrise Movement, and its members have been at the forefront of the fight for progressive climate change policies throughout the last year and a half. Abigail Leedy, an 18-year-old Central High School graduate, is not only a co-coordinator for the Philly hub of Sunrise, she’s also a staff organizer on the national level. Like many of her peers, Leedy works to promote goals laid out in U.S. Rep. Alexandra Ocasio-Cortez’s Green New Deal, as well to push for justice in communities that experience the worst effects of climate change. In November 2018, she was among the many protesters who participated in a sit-in demonstration at House Minority Leader Nancy Pelosi’s office.

Leedy is currently taking a “gap year” between high school and college, during which she’s working full-time for Sunrise. We spoke with the young trailblazer to discuss some of the movement’s accomplishments and challenges, as well as the future of climate change policy in Philadelphia.

PM: In your words, what is the Sunrise Movement?

Leedy: The Sunrise Movement is a youth-led movement fighting to stop climate change and create jobs. Most of our work centers around the Green New Deal, which is a plan to make the entire U.S. carbon neutral and have it run on 100 percent renewable energy by the year 2030, as well as guarantee jobs, so that any worker who wants one can get a good union job working to transition our economy and society to a sustainable future. We have about 250 hubs around the country. Our volunteers are usually between the ages of 14 and 35. Many of them are working for climate justice on the local level as well as taking part in national campaigns for the national Green New Deal. For Philly, we hope to advocate climate justice initiatives so that our city has better future going forward.

What has the movement accomplished in Philadelphia?

Our position is that climate policy should be on par with the scale of the crisis. It’s important to Sunrise that all climate policy addresses the roots of the problem and accomplishes what needs to be done to tackle this growing crisis so that marginalized communities aren’t put in harm’s way. So far we’ve successfully mobilized young people within Philly who feel frustrated with the way our society is handling the crisis. Our Philly hub is filled with high schoolers who can’t vote yet but are looking to get involved in the political process. Whether through sit-ins, climate strikes or “Get Out the Vote” initiatives, we’ve certainly made great strides in pushing the conversation forward over the past year.

What have been some of the biggest challenges facing Sunrise Movement?

The issue of the climate crisis in Philadelphia is far more complex than one might realize. Philly is the biggest poor city in the country, and as a result, tackling the issue of climate change often falls by the wayside. The problems of gentrification, affordability and gun violence justifiably take center stage for many people in Philly. So it can be challenging trying to refer back to the climate crisis. We hope by educating people about how the climate crisis will affect them on a day-to-day basis, they’ll start to see it as something that could certainly harm them in the near future.

What’s it like fighting climate change as an 18 year old?

It’s like being any other age but with a lot more homework. Sometimes when you’re young, older individuals don’t take what you’re saying seriously. Especially individuals in power. However, we’re living in an exciting time where you see young people mobilizing, organizing and fighting for a world they hope to live in.

What are your thoughts on the youth-led movements both in the U.S. and around the world?

I think building young mass movements is important. Particularly as they relate to the climate crisis. People both in the U.S. and around the around understand that something needs to be done. We’re the moral authority when dealing with the climate crisis.

What’s in store for Philadelphia if action against climate change isn’t taken?

Philadelphia, just like every other place in the world, will suffer if action isn’t taken to mitigate the climate crisis. It’ll hit poorer communities and marginalized communities the hardest. It’s already happening as we continue to experience hotter summers and milder winters. We also have higher rates of asthma in certain parts of the city because of air pollution in the area. So not only is it climate crisis, it’s also a health crisis. If current climate projections continue, then 150,000 Philadelphia [metro area residents] could be displaced from their homes because of sea level rise [by 2100].

How can Philadelphians get involved with Sunrise Movement?

We generally have open meetings throughout the year. Currently, we’re not holding any, due in large part to us organizing the December 6th climate strike, but come January we’ll begin holding general meetings again, where anybody can come and get involved.