Plus: Mike Pence manages to avoid a potentially germy fist bump with John McNesby. And Philly wants to host the 2026 FIFA World Cup. 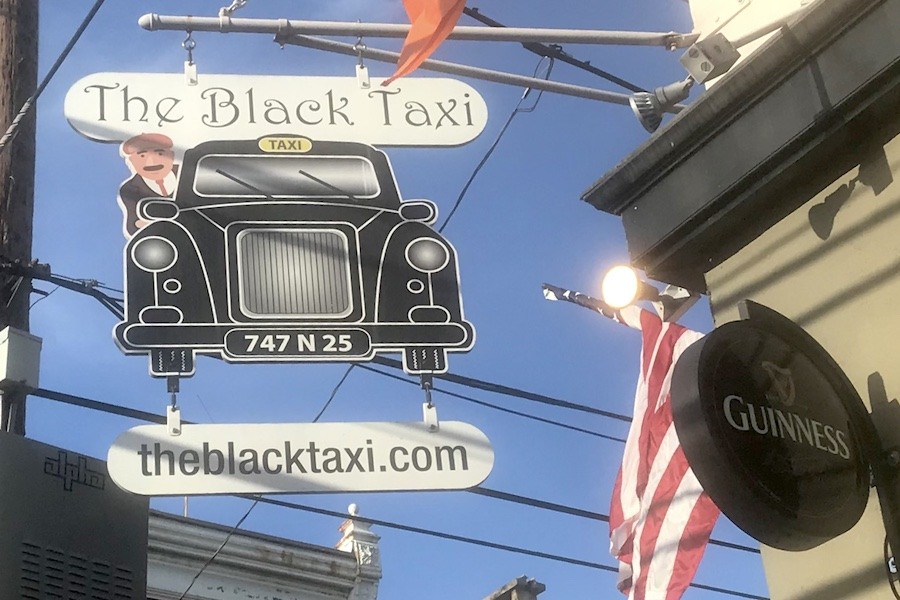 Fairmount’s Black Taxi, one of two Philly restaurants shut down by health officials after citing them for COVID violations (File photo)

A lot of people have been wondering why the heck there are so many restaurants in Philly failing to follow COVID requirements. If you’ve taken a stroll through some of the more popular outdoor dining areas in the city, you’ve no doubt noticed tables and chairs way too close together, large groups of people swarming the sidewalks, and servers and restaurant managers failing to abide by the regulations that were set forth to allow them to reopen in the first place.

Well, the city is finally beginning to play hardball with restaurants in some cases.

On Thursday, Philadelphia health commissioner Thomas Farley told me that the city had shut down two restaurants after they were cited for COVID violations. This was after weeks of inspectors merely handing out warnings to restaurants. Keep in mind that after allowing restaurants and bars to reopen, Allegheny County (think: Pittsburgh) officials quickly shut them all down again after the COVID numbers suddenly went in the wrong direction. And surely the Philly restaurant community doesn’t want that to happen here.

The two restaurants that were shut down by the health department last weekend were the Black Taxi in Fairmount and Golf & Social near the Fillmore on Delaware Avenue.

In the case of the Black Taxi, here are the COVID-related violations that the inspector cited in their report:

“Multiple complaints have been received and four verbal warnings have been issued in the past,” noted the inspector.

“People haaaaaaate the way customers have been congregating there,” one neighbor of the Black Taxi told me via text message.

As for Golf & Social, this is what was in the health department’s report:

Both restaurants were eligible for re-inspection after 48 hours. Black Taxi was re-inspected and cleared to reopen. Golf & Social has not yet been re-inspected.

Farley told me that his inspectors will continue to enforce the COVID regulations, but noted that they can’t be at every restaurant every day of the week. He encouraged members of the public to report violations to the city via 311. If you use the online 311 form, you can attach photos of any problematic activities. You can do so anonymously.

Ben Fileccia, a Philadelphia restaurant industry veteran who is now director of operations and strategy for the Pennsylvania Restaurant & Lodging Association, says he’s been driving around the city on his scooter trying to talk to restaurants that were not in compliance with the guidelines, which he was involved in drafting.

“I’ve been cursed and I’ve had the phone slammed down on me when I try to call and talk to them,” he tells me. “I’m not the enforcer. I’m the guy trying to keep people safe and keep the restaurants open. What I would really like to see is peer-to-peer pressure. For the longest time, restaurants would mind their own business when other restaurants weren’t doing the right thing. But that’s not the world we’re in anymore. We have to be all in this together. It’s about all of us now.”

Mike Pence to Philly Cops: “We Back the Blue”

Mike Pence showed up at a police rally in Northeast Philadelphia last night.

Yes, he wore a mask upon his arrival: 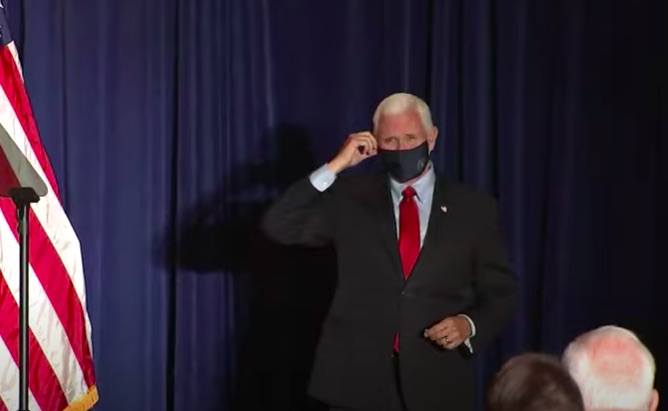 Yes, Philly police union head John McNesby tried to get a fist bump in, but Pence deftly maneuvered McNesby into awkwardly bumping the fabric of his suit jacket instead of his ungloved hand: 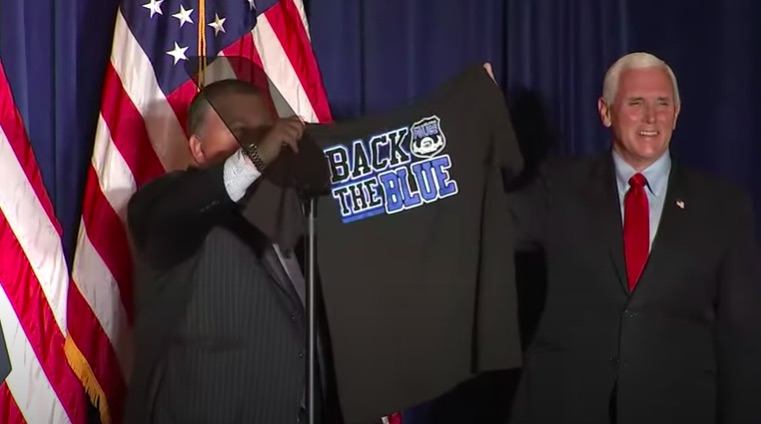 Pence brought greetings from Donald Trump as well as a distinctly law-and-order message. Here are his remarks in their entirety:

City leaders are placing a bid to do just that. Over 30 days in 2026, ten cities in the United States will host matches. Philly is one of the 17 finalists pursuing that dream. The matches would take place at Lincoln Financial Field, and a decision is expected sometime in 2021.

If you have no idea what the FIFA World Cup is, it’s like the biggest deal in soccer. And actually, for you trivia buffs, the very first ticketed event at Lincoln Financial Field upon its 2003 open was a soccer match. Manchester United played FC Barcelona a few weeks before the first pre-season Eagles game there. Now you know.