Plus: A woman in a wheelchair was shot with roman candles. Yes, you read that right. 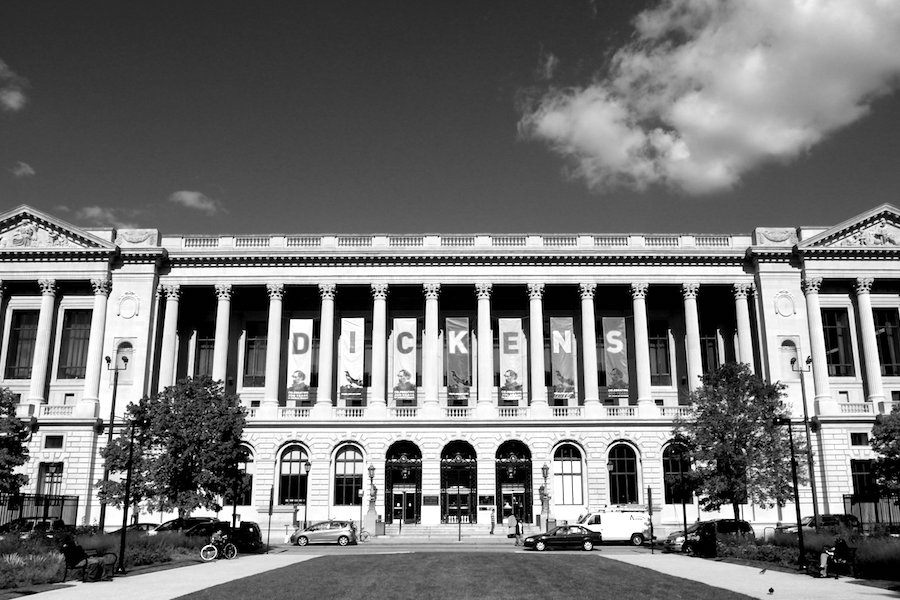 The Free Library of Philadelphia, which faces an author boycott over racial inequities. (Photo via Flickr)

The Philadelphia Free Library Has a Big Problem On Its Hands

Like many Philadelphia institutions, the Philadelphia Free Library was forced to move much of its programming and resources online as a result of the COVID-19 shutdown. That programming included author events, in which notable authors read from and talk about their work. But if you scroll through the calendar of virtual author events, you’ll notice that more than a few events have been cancelled.

Wednesday night was to feature the Pulitzer Prize-winning Black author Colson Whitehead. Next week, Muslim comedian Maysoon Zayid was to appear with disability activist Alice Wong. That was to be followed by Eddie Glaude, the prominent Princeton prof and chair of the Center for African American Studies at the university. Soon after that, progressive Democratic congresswoman Pramila Jayapal, author of the brand new Use the Power You Have: A Brown Woman’s Guide to Politics and Political Change, was scheduled to appear.

But now, there’s not a single author event on the calendar at the Free Library, because every single author has, well, used the power they have.

The authors have cancelled their events in solidarity with The Concerned Black Workers at the Free Library of Philadelphia. That coalition issued the following open letter that addresses the experience of Black employees of the Free Library and issues like racial discrimination, salary inequities, and the dangers of returning to work in the physical space of the library:

Open Letter to the Free Lib… by Victor Fiorillo on Scribd

This is what Colson Whitehead had to say about that letter and his decision to cancel on Twitter:

I love doing events at the Free Library, but I am canceling my appearance next week as I am told the situation has not improved. “We feel dismissed, unheard, and that library leadership continues to placate Black staff about legitimate, racist concerns.” https://t.co/W8fuNWsT8h

In response to the open letter, the Free Library issued the following statement:

While we have put into place safety measures developed with the Philadelphia Department of Public Health as our staff begins to return to our physical locations next week, we have reached out to the Concerned Black Workers of the Free Library in order to work together on issues of equity and matters that impact their health and safety.

Kalela Williams, director of neighborhood enrichment programming and a Black employee at the library, told the Inquirer that the library has not publicly discussed the cancelled events with employees. Surely, this isn’t the last we’ll be hearing of this controversy.

By midnight on July 7th of 2019, Philly saw 166 homicides. As of midnight on July 7th of this year, the Philadelphia Police Department was reporting a whopping 214 homicides. By the end of last year, Philly had 356 homicides, which was the most we saw since the city’s particularly violent 2007. It doesn’t take a mathematician to see where this could all wind up if the trend is not reversed. And right quick.

On Monday, Philadelphia Police Commissioner Danielle Outlaw told Fox 29 that the outbreak of murders in the city is “very chilling.” Ya think?

No, Really: Chill Out With the Freaking Fireworks

Yeah, the whole fireworks-every-night-for-the-last-month thing has been really annoying. And residents have been complaining left and right to police about the 2 a.m. bangs.

But far beyond annoying, this fireworks thing has become downright dangerous.

Overnight, a group of juveniles in North Philly fired roman candles at a woman in a wheelchair, according to the Philadelphia Police Department. Yes. You read that right. Fired. Roman. Candles. A. At. Woman. In. A. Wheelchair. Let that sink in. Fortunately, the woman was not badly injured. Police are investigating.

And then comes this news: A 12-year-old boy is now in the hospital with critical injuries after a firework blew up in his hands. Investigators have yet to determine exactly what the firework was, but police believe it may have been an M-80, the illegal firework that’s probably responsible for all of the louder booms you’ve been hearing this summer.