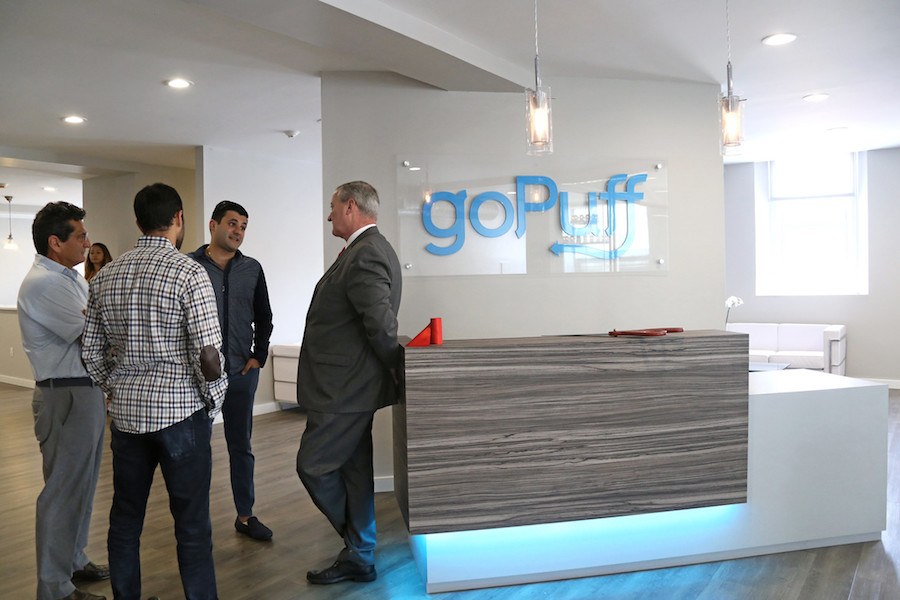 Mayor Jim Kenney attends a 2017 ribbon-cutting at GoPuff. The company now faces a lawsuit after a woman claims she was sexually assaulted by a coworker at GoPuff and then retaliated against by other employees. (Photo via the City of Philadelphia)

GoPuff Lawsuit: Woman Claims She Was Sexually Assaulted By a Co-Worker — and Then Retaliated Against

A Fairmount woman has filed a federal lawsuit against popular Philly-based delivery service GoPuff, claiming that she was sexually assaulted by a co-worker and then retaliated against by other GoPuff workers.

In the lawsuit, the woman says that she began working as a security guard at the GoPuff warehouse on 12th Street in 2017. That’s the same location that recently drew the ire of neighbors thanks to GoPuff drivers coming to and fro at all hours and sometimes blocking the street.

The woman alleges that a GoPuff driver sexually assaulted her at work in 2018. She reported the incident to management, and according to the suit, she was told that there had been previous allegations against that same GoPuff driver. About two weeks after she filed her report, GoPuff fired the driver, says the suit.

But then, alleges the woman, other GoPuff warehouse employees began to retaliate against her because of the driver’s termination. She says that one employee called her a “bitch” and later added, “I’m going to get so much joy right now to beat you the fuck up.” The suit claims that a GoPuff warehouse manager also referred to her as a “bitch” within her earshot while talking to an employee about her.

She says she reported the alleged retaliatory behavior to management and that she was told not to come to work until an investigation into those allegations had been completed. A couple of weeks later, she was called into a meeting with management where one manager allegedly told her that she no longer believed the woman’s original allegation of sexual assault. And then she was fired, according to the suit.

The suit accuses GoPuff of allowing “pervasive sexual harassment” in a “sexually hostile work environment” and seeks unspecified damages. A GoPuff spokesperson did not reply by deadline to a request for comment.

For years, Old City has had a reputation for crazy incidents inside and outside of its bars. And what happened on Sunday night definitely makes it into any Top 3 list.

Outside of Infusion Lounge at 16 South 2nd Street, a man made remarks to customers, criticizing them for a lack of social distancing on the sidewalk. The owner of Infusion Lounge, Jamie Atlig, got involved. Words about Donald Trump were exchanged. And then, Atlig pulled a gun on the man and pointed it right at him. Atlig claims he thought the unidentified man had a gun, but it sounds like that “gun” was just a bike lock. Police are investigating.

Here’s Fox 29 with a report that includes an interview with Atlig: 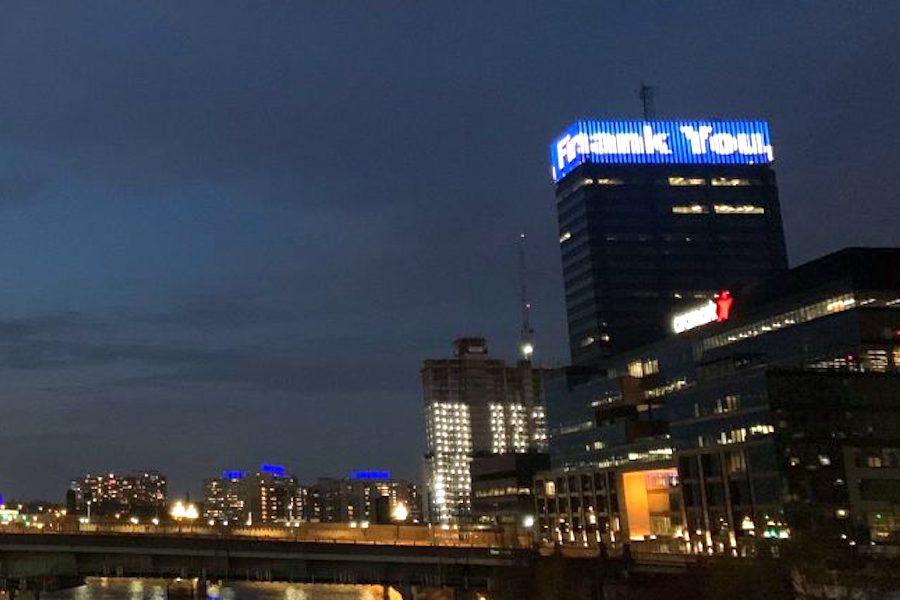 If you take a look at the skyline, you may notice something very different about it: no more illuminated messages atop the PECO building.

PECO’s Crown Lights, as the energy company calls them, have been a fixture of Philadelphia since way back in 1976, long before the Liberty and Comcast buildings dominated the skyline. Those messages have been used to celebrate major sports victories and holidays, to commemorate big events like the pope’s visit, to advocate for local non-profits, and, more recently, to provide information about COVID-19 and support Black Lives Matter.

But PECO turned the lights out on Monday for system upgrades. And they won’t return until the fall.

Here’s a little video PECO created to celebrate the history of the Crown Lights: