Inovio Embroiled in Lawsuits Around Its Potential COVID-19 Vaccine

The region’s frontrunner in the race to develop a coronavirus vaccine is working through a class action lawsuit and has filed a lawsuit against one of its development partners. 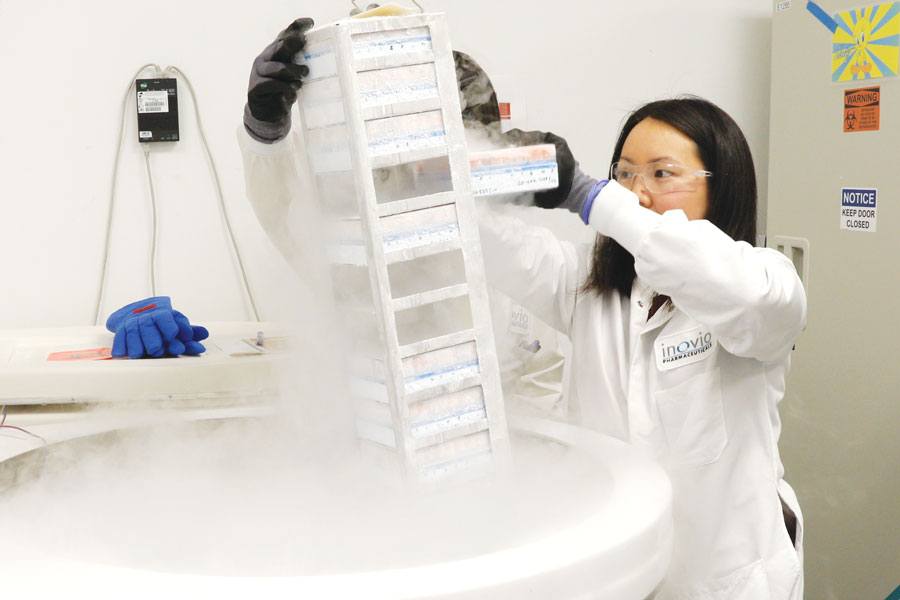 Plymouth Meeting-based Inovio Pharmaceuticals has emerged as one of the leading companies working on a vaccine for COVID-19. We’ve covered the company’s vaccine development journey, from early funding contributions to clinical trials because what could be more exciting than being able to say the cure for a global pandemic was discovered right here in Philadelphia?

But Inovio’s journey is not without flaws, most of which have been attributed to the company’s inability to, for lack of a better phrase, shut up.

Between mid-February and early March, Inovio’s chief executive officer, Joseph Kim made repeated claims that the publicly traded company had already discovered a vaccine for COVID-19. He did so, once, during an appearance on Fox Business News and again during a highly-publicized meeting with President Donald Trump. However, investment watchdog firm Citron Research called for the Securities and Exchange Commission (SEC) to open an investigation into Kim’s claims about the company’s progress toward developing a COVID-19 vaccine.

On March 12th, a class-action lawsuit was filed in the Eastern District of Pennsylvania court on behalf of Inovio shareholders who argued the company, and specifically, Kim’s public statements had violated sections of the Securities Exchange Act of 1934. In the lawsuit, the plaintiffs allege that the public statements regarding the COVID-19 vaccine caused Inovio’s stock to skyrocket, and that between February 28th and March 9th, the company’s stock price shot up from around $4 to an intra-day high of nearly $20 per share. The lawsuit also goes on to argue that word of the potential SEC investigation sent Inovio’s stock price plummeting back down to close the day at less than $6 per share.

Professor of Law at Temple University’s Beasley School of Law, Tom Lin, says Inovio broke an unspoken rule in drug development: say as little as possible, for as long as possible.

“Generally speaking, but particularly with regards to anything related to a vaccine or therapy for COVID-19, best practices for pharmaceutical and biotech companies when it comes to early-stage projects is to stay silent until you have material facts worth sharing and when you do share that information, I think it’s important to properly highlight the preliminary and inconclusive nature of your initial findings,” Lin said.

“I think if the company had done that it probably would not be in as hot water as it is now.”

Things have only gotten worse for Inovio. In April, Citron Research issued a scathing report calling Inovio the Theranos of COVID-19 vaccine development. If you’re unfamiliar, Theranos was a healthcare company that made billions of dollars when its founder, Elizabeth Holmes, claimed it had created a device that could run a series of tests using only one drop of blood. Needless to say, Holmes’ claim was proven false, the company was dissolved, and Holmes is now facing up to 20 years in prison for conspiracy and fraud charges related to statements she made that misrepresented her company’s product capabilities.

Inovio is certainly not the first company to be sued by its shareholders. Pharma companies have been sued by shareholders for everything from violations of antitrust laws to price gouging. Lin says this is fairly common. What’s unprecedented about Inovio’s case, Lin says, is that it’s unfolding at the center of a global pandemic.

“What is unusual here is that the product at play is a vaccine for a pandemic that everyone in the world is facing and the rosy projections that the CEO made and the platform with which he delivered that message, on a national news channel and his using the White House platform as well,” Lin explained.

“One of the primary goals of federal securities laws is to protect investors from fraud by mandating timely disclosure of all material information. So, if you omit material information or inject fraudulent or erroneous information into it, you end up defrauding the market because the price then gets moved by that information. That’s what’s alleged here; that the company’s stock moved as a result of overly optimistic statements by the CEO.”

As of July 1st, the court has asked the plaintiffs to amend their complaint by August 3rd, after which Inovio has until September 17th to either respond or move to dismiss. Like most securities litigation, Lin predicts the Inovio suit will end with a settlement awarding payments to the company’s shareholders. If Lin is right, this still wouldn’t spell the end of Inovio’s legal woes.

In early June, Inovio filed a lawsuit against VGXI, a Texas-based contract development manufacturing organization (CDMO) and one of Inovio’s vaccine development partners. In the suit, Inovio accuses VGXI of “wrongfully blocking the path to the development of a COVID-19 vaccine” by failing to provide patented technology the company needs to manufacture its COVID-19 vaccine candidate for use its clinical trials. In a statement on their website, VGXI said they were “surprised” by the court filing, and that VGXI had issued a notice of termination of the Supply Agreement with Inovio on May 7th. A judge recently ruled against Inovio’s claim, but a company spokesman has said Inovio plans to appeal the decision.

Meanwhile, last week, Inovio released what it touted as positive results from Phase I clinical trial testing of its COVID-19 vaccine candidate, saying the “regimen was well-tolerated with no serious adverse events” among trial participants. But Inovio failed to release detailed preliminary trial data as many expected, again prompting fluctuation in the company’s stock price and questions about whether the company can truly live up to its promise to produce “one million doses of its vaccine by the end of 2020.”

We tried reaching out to Inovio to learn whether recent legal changes have made the company’s CEO feel any less optimistic about their ability to produce a COVID-19 vaccine. The company spokesman could not be reached for comment at the time that this story was published. Considering the hot water Inovio has found itself in as a result of speaking to the press, that, perhaps, is a good thing.