She made it with mere minutes to spare. 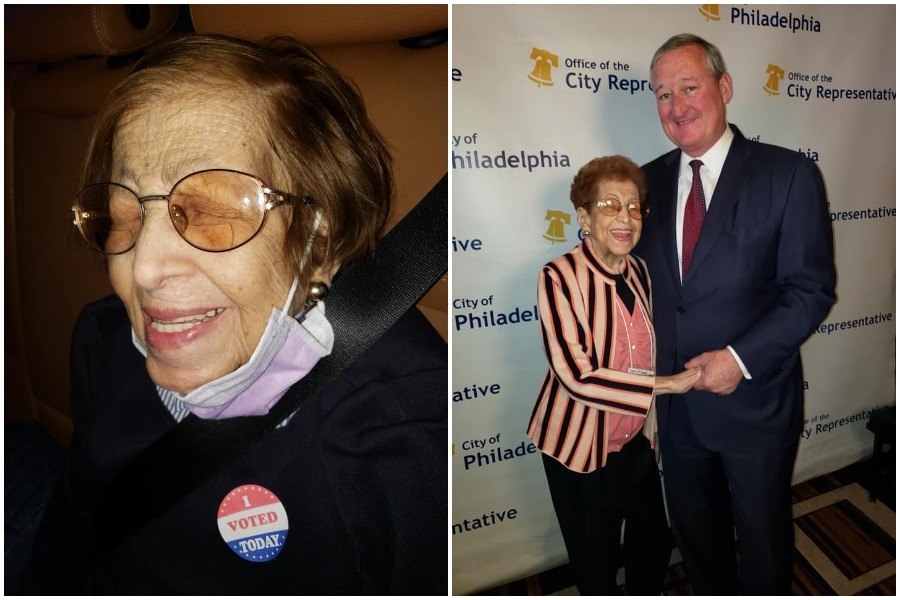 There’s been a lot of bad news to report lately, and that’s what I’ve spent most of the last three months doing. So when I learned about a 103-year-old South Philadelphia woman named Clarissa Dunston, I just knew I had to write about her.

So once Dunston was old enough to vote, she made damn sure she got to the polls. And she says she’s never missed a single opportunity to vote in an election since. But her perfect record was almost ruined last Tuesday, the day of the primary in Pennsylvania.

Dunston walked to the polls each time she voted until just a couple of years ago as her health began to decline a bit. You know, being a centenarian and all. She’s legally blind and has other health concerns, including a broken hip that she’s recovering from.

Once 7 p.m. came and went, however, she realized the ballot wasn’t going to get there. And polls were closing at 8 p.m. She called her granddaughter Angela Anderson and explained the situation.

“She said, ‘I was trying to hold out to see if the mailman would bring it in the later part of the day’,” Anderson recalls. So Anderson and her sister drove to Dunston’s house to pick her up and bring her to the polling place.

“We made it there just in the nick of time, with about seven minutes to spare,” says Anderson. “It was like a comedic movie or an episode of I Love Lucy, us rushing in there with a 103-year-old woman who can barely walk. But we got her there, put her in a chair and slid her up so she could sign her name in the book. And then they let her go straight to the booth. She didn’t have to wait.”

Dunston cast her vote for Joe Biden for president, and she voted for other Democrats as well. As far as she can remember, she’s never voted Republican.

After casting her vote, Dunston still had to get back to the car, but she got a little assistance with that.

“A very nice gentleman said he would carry her,” says Anderson. “And he picked her up and carried her right to the car.”

Since Dunston can’t see well enough to read newspapers or watch TV, I wondered where she learned about the various candidates for the different offices.

“She listens to WURD a lot,” Anderson tells me, referring to the state’s only African American-owned-and-operated radio station. “She really does keep up with things. And she loves that Al Sharpton show Keepin’ It Real.”

“They both just really felt that Democrats were more in tune with what poor people and black people are going through,” says Young.

As Dunston is legally blind and has a difficult time hearing, I had to speak mostly with Young and Anderson about her. But I did manage to get one question in directly with the oldest living graduate of Girls’ High.

I wanted to know why it was so important to her to vote, in this or any other election. After all, this was a primary — something most people don’t care very much about.

“It’s just the right thing to do,” she told me.