The polls are open. Between the protests, heavy law enforcement presence and the pandemic, you probably have more questions than ever. We're here to help. 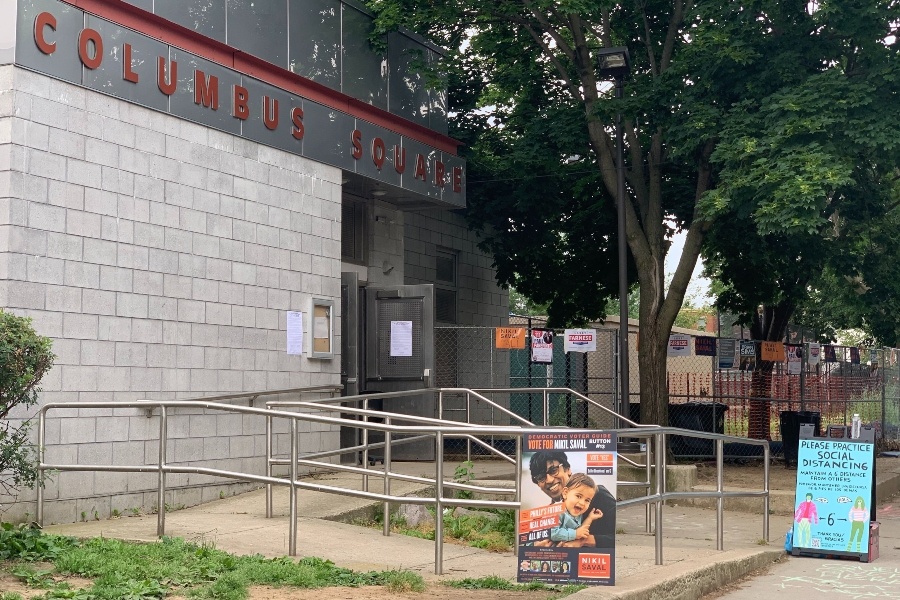 Last week, Philadelphia City Commissioner Al Schmidt described Pennsylvania’s primary election as a “series of perfect storms,” comparing the pandemic, the state’s relatively new voting machines, and the overwhelmed mail-in ballot system to an earthquake, a tornado, and a hurricane “hitting you at the same time.”

Days later, fed-up Americans flooded cities across the country, including Philadelphia, to protest the deaths of unarmed black Americans like George Floyd and Breonna Taylor. In Center City, Kensington and West Philadelphia, the protests led to looting and fires, and tensions escalated as police heightened their presence and deployed tactics like tear gas and rubber bullets.

With everything going on in the nation right now, you would be forgiven for forgetting there’s an election happening. But that’s why it’s just as important as ever to vote on Tuesday.

Whether you’re relying on a mail-in ballot or showing up at the polls, you’re probably looking for some semblance of what to expect.

City officials have stressed that multiple situations are unfolding on a day-by-day (even hour-by-hour) basis, and some of them are difficult to plan for. As protests continued into their third day, Mayor Jim Kenney established another 6 p.m. curfew on Monday, then said the city would enforce a curfew after 8:30 p.m. on Tuesday (more on that below). Still unknown is whether or not demonstrations will affect polling places, though there’s no indication yet that they will.

Still, it’s smart to prepare yourself as much as possible before election. Below, we address a few questions regarding how the city is planning for potential disruptions, as well as general information about how to ensure your vote is counted on Tuesday.

Has my polling place changed? If so, how do I find a new one?

Yes, whether you’re in Philadelphia or a surrounding county, there’s a good chance your polling place has changed. In anticipation of staffing shortages — among other concerns — counties have consolidated and relocated some polling places amid the COVID-19 pandemic.

You should have already been notified of any changes (likely by mail), but if you haven’t, don’t worry: You can find your polling place now. Before leaving your house, use the state’s Polling Place Search tool (regardless of which county you live in) or check the website of your local elections office.

I requested a mail-in ballot but: (a) didn’t receive it; (b) didn’t return it; (c) returned it but don’t know if my county elections office will receive it in time for my vote to count. What should I do?

You aren’t alone. This is one of the most common questions we at Philadelphia magazine have fielded so far.

If any of these situations apply to you, you can go three ways from here:

If you wish to vote in person, request a provisional ballot at your polling place.

Alternatively, if you received a mail-in ballot but filled it out incorrectly and can no longer use it, your best bet is to go to the polls and vote in person using a provisional ballot, if you are able. If not, contact your local elections office immediately.

2. Fill out your mail-in ballot and bring it to a drop-off box in your county

If you received a mail-in ballot but haven’t sent it back to your elections office by Tuesday, you can visit one of multiple ballot drop-off locations in your county.

You don’t need to use a drop-off box in your voting district. You can use one anywhere in your county.

Below are links to drop-off box locations in each county.

3. Mail your ballot back, as long as:

In an 11th-hour move, Gov. Tom Wolf on Monday extended the deadline for the aforementioned six counties to receive mail-in ballots to 5 p.m. on June 9th, a week from election day.

However, ballots must be postmarked by no later than June 2nd, as mentioned. To be postmarked with the date it was dropped off, USPS packages must be left at either 24-hour postal locations or collection boxes before the last pickup time at that location.

If you aren’t able to ensure that your ballot is postmarked no later than June 2nd, your best bet is to visit one of the drop boxes mentioned in the previous section. Just make sure you’re able to place it in a drop-off box by 8 p.m. on June 2nd. The governor did not change the deadline to hand deliver mail-in ballots.

Will another city curfew cause polling places close early?

The city is set to begin enforcing a curfew at 8:30 p.m. on Tuesday, but it should not affect the election.

Speaking at press conference on Monday, District Attorney Larry Krasner and City Commissioner Lisa Deeley said the curfew will not prevent people from getting to and from the polls.

“People should know that [any] curfews will not affect people’s ability to go out and vote,” Deeley said, adding that anyone in line at the polls by 8 p.m. should remain there until they’re able to vote.

What will happen if protests come to my polling place?

Deeley said on Monday that her office was working on a “contingency plan” in the event that access is hindered to any polling places. The plan could potentially involve moving voters “from one location to another location,” she said, but there were no details available.

“Any issues that will come up tomorrow, we will deal with them as they unfold in whatever manner needs to happen,” Deeley said on Monday. “These are rapidly changing days that we’re in.”

As of 8 a.m. on Tuesday, the office had yet to publicly share a plan.

Speaking on Monday, District Attorney Larry Krasner said, “I don’t think any of the looters out there are trying to steal votes.”

“I think they’re trying to steal clothes,” he added. “If anything, a lot of these protesters would probably help you get to the polls.”

What will happen if police come to my polling place?

State law maintains that no police officer can be within 100 feet of a polling place on election day.

However, there are exceptions. Among them, election officers can request police officers to clear obstruction to polling places and “quell any disturbance” if such arises.

After three days of protests in Philadelphia — and a considerably increased police presence, as well as the deployment of the National Guard — it’s reasonable to suspect that a police officer may be called to your polling place if a “disturbance” arises.

In addition, no “body of troops in the Army of the United States or of this Commonwealth” is allowed to be present at the polls on election day.

If anything — including a police officer — is disturbing your ability to vote on Tuesday, immediately contact the Philadelphia District Attorney’s Election Task Force at 215-686-9641 or either of the two additional numbers listed below.

We work closely with @philadao's Election Task Force and are grateful for their assistance on election day. To report improper or illegal election day activity, contact 215-686-9641/9643/9644. #PhillyVotes pic.twitter.com/G4yGlZGEaU

What is the state doing to make sure I feel safe regarding COVID-19?

Poll workers have been sent protective equipment and cleaning supplies. However, you should still wear a mask, bring hand sanitizers and gloves and use all the typical coronavirus precautions, including social distancing, as much as possible.

If you or anyone else at the polls is not wearing a mask, you will still be permitted to vote. (But please just wear a mask!)

You can find the CDC’s recommendations for election polling locations here.

What am I voting on again?

You’ll have the opportunity to weigh in on the president of the United States, the state attorney general, the state auditor general, your district’s U.S. Congressional representative and more. You don’t want to miss this election.

To know who you’ll be able to vote for in advance, you can input your address and generate a sample ballot right here.

How do we use those new voting machines?

The touch-screen ExpressVoteXL Machines that Pennsylvania voters used for the first time in November will be in use again on Tuesday.

They’re part of an effort to modernize and secure elections, and they shouldn’t be too hard to figure out. You can view our tutorial on how to use them right here.

What if I have any other questions — or see any funny business at the polls?