As the City Burned, Some Philadelphians Chose to Protect a Target

While a battle against police brutality waged across the city, a very different picture was painted outside a South Philly Target. 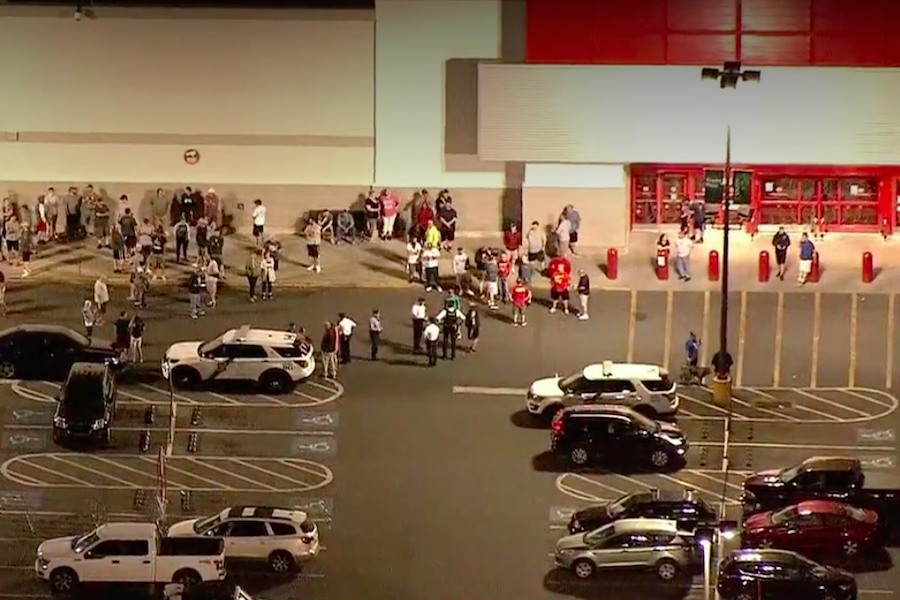 Helicopters were still hovering overhead when phones across the city shrieked out the latest EAS alert — a message pumped directly to us from the Philadelphia Police Department: “Citywide Curfew 6 p.m. to 6 a.m. Monday. Only essential personnel allowed outside.” For the second night in a row, we were told, the city would be on lockdown till morning. The George Floyd protests had turned into rioting the night before, and this executive order from the Mayor was implemented as a necessary precaution.

I was in my car when I got the alert, on my way home to South Philly. I live in Pennsport, so I normally cut through the South Philly Target’s parking lot, which on any other weekend would still be packed all the way to Mifflin Street. But last night, the store was closed, and the lot was empty. The protests had become violent across the country, beginning in Minneapolis (where the chain retailer is based). Target stores — which were thriving in the pandemic — became uniquely vulnerable to looting and vandalism. The Target on City Avenue had been looted a few hours before. The closure of this particular Target was implemented as a necessary precaution.

Still, there were a few people, neighbors — mostly men, almost all of them white — lined up in front of the store (an effort organized by a group called Stand Up Philly), shoulder to shoulder, facing the empty parking lot. Some were wearing red tee shirts with yellow block letters that read STAND UP SOUTH PHILLY AND TAKE OUR STREETS BACK. They were there to stand guard. To protect their Target from rioters who weren’t even there. CBS 3 called it “a sign of hope and unity in South Philadelphia.”

As this played out so peacefully in South Philly, as the city went deeper and deeper into the curfew, police in West Philly shot tear-gas canisters at people doing nothing but standing on the street.

I couldn’t stop thinking about the words on those t-shirts. There’s just something so familiar about TAKE OUR STREETS BACK, right? An idealization of the past; a seizing of ownership over it. There’s something all too familiar about it being screen-printed on red, too.

And I couldn’t stop thinking about a hilarious comedy script that might feature this sort of vigilante heroism. How, on its face, the inherent silliness of protecting — with one’s life — an outpost of a mega-chain might very well work as a plotline of a Simpsons episode. How for more informed watchers of the show, it would serve as commentary on the deep White American commitment to capitalism and protecting the status quo.

The episode would, of course, include moments of split-screen. On one side, protesters and rioters being beaten into submission after the death of a man — of many men and women — suffocated under the knee of police brutality. On the other, the Frank Rizzo statue — a 10-foot shrine to an ex-police commissioner-turned-Philly-mayor with a history of “no-holds-barred actions against black people” — all dolled up from the night before, protected by dozens of state troopers and Philadelphia police officers.

residents applaud as cops buzz through the parking lot pic.twitter.com/0iIgucLuJu

On one side, citizens being tear-gassed for breaking curfew to keep fighting the good fight. On the other, white residents — also breaking curfew — cheering as police on motorcycles paraded by.

And then I couldn’t stop thinking about how none of this was funny at all.