The ongoing debate over what universities and hospitals — who aren't required to pay property taxes — should be contributing to the city's coffers gets an added wrinkle during a pandemic-triggered economic free fall. 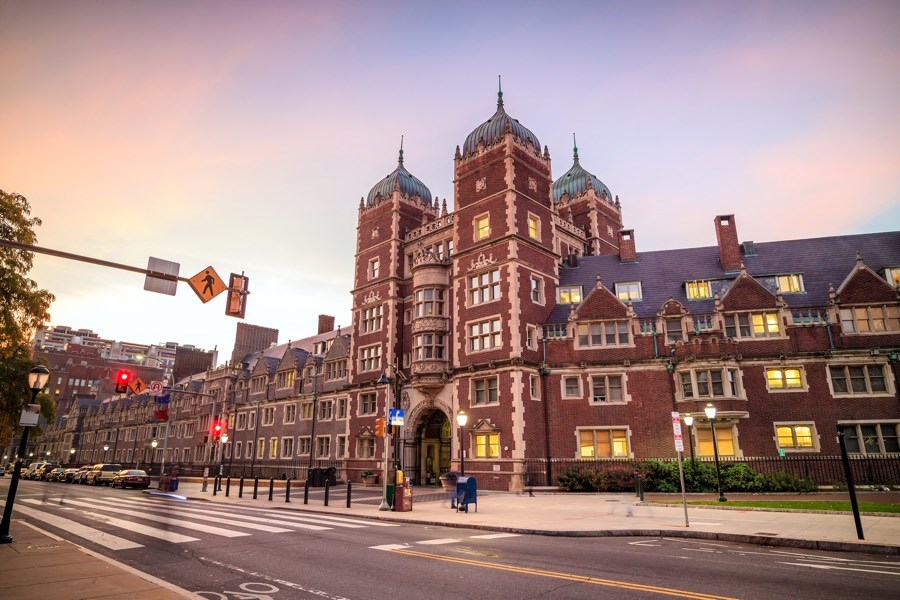 Is it time for Penn and other big-money nonprofits to pay PILOTs again? Photo by f11photo, iStock/Getty Images Plus

When enjoying the classic card game of spades, most players wait until the very end of a round to play their most competitive hand. Those who have been dealt either a joker or the highest spade in the deck would be wise to strategically bet their hands to secure a victory. Missing such an opportunity could lead to your team losing the game altogether, leaving you to ponder this saying: Scared money don’t make any money.

In a nutshell, that’s what City Council must consider as it reviews the controversial bloodbath of municipal cuts in Mayor Jim Kenney’s post-coronavirus budget proposal. In trying to close the $650 million hole in the city budget that COVID-19 is projected to create, the Kenney administration is calling for tax hikes, layoffs, and a mass reduction of cultural resources and services that would add up to a $649 million reduction in his pre-coronavirus budget of $5.2 billion.

“This budget pares city services down to the most essential, imposes layoffs on hundreds of workers, and reduces or eliminates some programs that are simply no longer affordable,” Kenney said in his virtual budget address. “This is not what I want for our residents — and I understand if this leaves many of you angry. Frankly, I’m angry, too. But after that anger fades, we must remember exactly what we are dealing with. What we have is both a pandemic and an economic catastrophe.”

It’s been devastating to read about all that Philly stands to lose in the coming year if the Mayor’s revised budget is passed as is. One painful cut is the elimination of the Office of Arts, Culture and the Creative Economy, which, through the Philadelphia Cultural Fund, supports countless cultural groups in the city. That cut would deliver another devastating blow: the elimination of the city’s financial support of the historic African American Museum in Philadelphia. Add in the 85 percent reduction of the Commerce Department and the proposed elimination of the Office of the City Representative — and you’ll find that all the cuts mentioned here would save the city less than $15 million. What do these offices have in common? It’s been argued that they collectively serve as a “front door,” a way to spur population growth and jobs and enhance the overall reputation of the city. Such financial cuts, it can be argued, would do outsize harm to our city’s brand.

But there is a card the city and Council can play here, if they have the nerve. Consider that a private nonprofit like the University of Pennsylvania can afford to turn down nearly $10 million in stimulus money in the middle of a pandemic because it already has an endowment worth close to $15 billion in the bank. At times like these, it’s hard to ignore the long-running debate over whether the city should pursue Payments in Lieu of Taxes, better known as PILOTs, from such institutions.

Since Philly nonprofits like Penn, Drexel, Temple, and Thomas Jefferson University Hospital are tax-exempt, they pretty much don’t have to pay anything to the city, despite sitting on multimillion-dollar real estate holdings. By pushing for PILOTs again, the city would essentially urge these well-endowed nonprofits to voluntarily make payments that typically match the amount they would owe in property taxes if they weren’t exempt. During his administration, former mayor Ed Rendell got 46 nonprofits to pay $9.4 million in PILOTs (approximately $15 million now, adjusted for inflation). Since then, there have been only smaller, barely noticeable PILOT contributions from tinier institutions, because Penn and several other major universities stopped paying them after that initial five-year agreement ran out.

These institutions should be paying their fair share during this time of financial hardship.

“It’s not something that can pay for big projects,” Kenney said last year of PILOTs when growing calls for Penn to pay were revived. “People want to do it because it’s Penn. … I’d certainly be willing to listen to anything Council has to say or anything that’s brought forward, but at this point, I don’t see how [a PILOT] would be viable.” This was a complete 180 from when Kenney, as a newly elected mayor in 2015, championed a return to PILOTs as a strategy to help fund public education.

Now that the coronavirus pandemic will demand ever more of taxpayers — even as our cultural institutions stand to suffer — every reasonable way to help soften these blows should be on the table. PILOTs could raise enough money to replenish our city’s cultural funding grants, save jobs at the Commerce Department, save the Office of the City Representative, and reverse several more smaller cuts that would disproportionately impact Philly’s recovery.

And while nonprofits like Penn are quick to argue that they make other notable contributions to the city (such as Penn’s support of Penn Alexander School, its neighborhood public elementary school), six out of Penn’s seven Ivy League siblings manage to contribute civically while also paying PILOTs to their respective cities. (Columbia University in New York City still does not.)

The poorest big city in America is officially at its financial wits’ end. It’s time for our most prosperous institutions to give back to the town that has made them so rich in the first place.