The Best Thing That Happened This Week: A Penn Student Made This Stop-Motion Video of Her Daily Commute

Get ready to feel nostalgic for the Before Coronavirus Times! 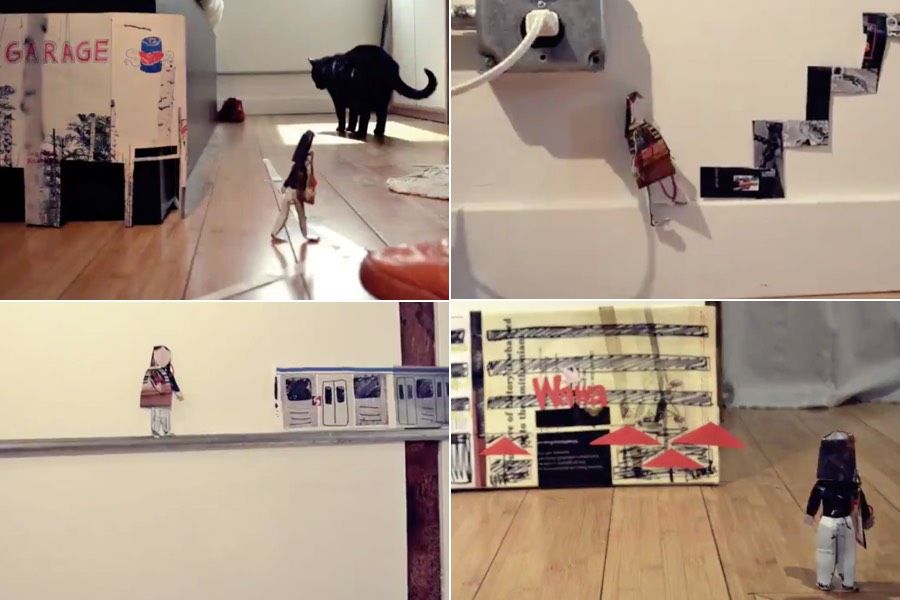 Penn student Anna Boffice’s final project for her “Mapping Philadelphia” class is a stop-motion commute video of her former route to school.

You know the quarantine’s getting to you when you start to miss your daily commute. We know, because we’re missing ours: all 37 miles each way along the driver’s hells that are Route 422 and the Schuylkill Expressway. We’re even nostalgic for those assholes who tailgate, and the old guys in the left lane doing 50, and the morons yakking on cell phones. Maybe that’s why when we saw Paul Farber’s tweet on Tuesday, we went ahead and clicked. Farber, the artistic director of Monument Lab, teaches a course for the Urban Studies Program at Penn called “Mapping Philadelphia.” The class, which studies the city’s history through its maps, met in real life for the first half of this semester, then switched to Zoom when the pandemic hit. Farber’s last assignment, per the syllabus: “Each student will pursue a final research project resulting in a close study of a particular street, intersection, neighborhood, or map of the city.”

A look at a "stay-at-home commute" final project from Anna Boffice, a student in my "Mapping Philadelphia" @PennUrban course.

Gratitude to all of our students, who adapted in big & small ways, faced profound challenges,& reframed/refocused our semesters#WhyILovePhilly @PennSAS pic.twitter.com/LM0hMqmnG4


Anna Boffice, a full-time employee and part-time student at Penn who’s been quarantined at home since mid-March, took the topic to heart. She viewed the assignment, she says, as “a fun opportunity to re-map and reimagine the part of the city I walked every day, within the confines of my new ‘stay-at-home’ commute.” The result is this wonderful, whimsical one-minute stop-motion film of her now-abandoned daily trip. (Our favorite parts: the speeding sneakers, the El, and the Wawa, of course. Make sure the sound’s on!) The film is getting around: Elfreth’s Alley Museum tagged itself on Twitter and challenged the rest of the featured sights to do the same. More than a class assignment, Boffice’s work is a glorious reminder that even in the midst of chaos and despair, the human spirit can soar.