Philly Colleges Are Planning for In-Person Classes This Fall: What We Know

Universities like Temple, Drexel, Thomas Jefferson and La Salle intend to resume in-person learning this fall. Administrators there and elsewhere are "trying to look at crystal balls and read tea leaves," one higher education expert says. 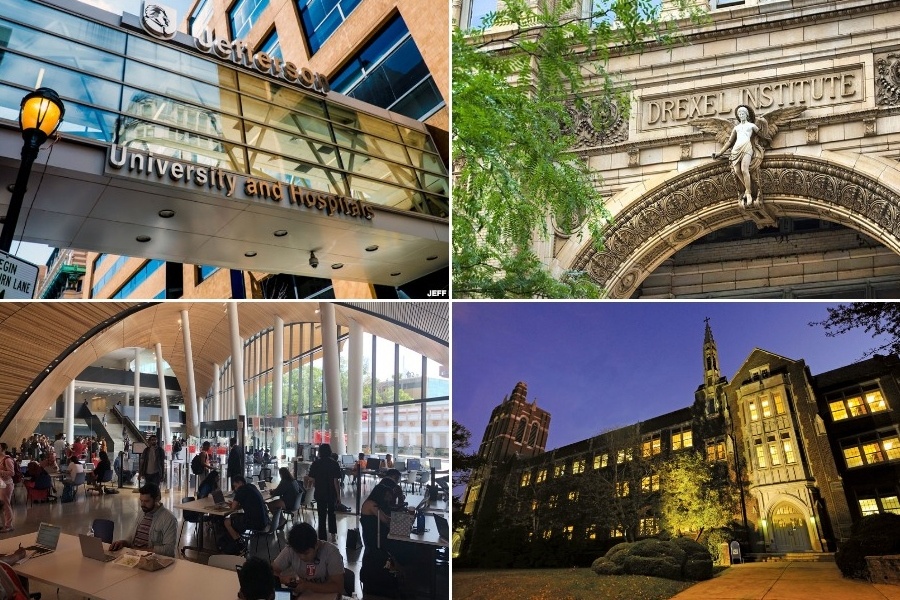 Philadelphia-area colleges and universities are cautiously releasing plans for the fall semester, with many hoping to resume in-person learning to the fullest extent possible this fall.

Among them is Temple University, which on Wednesday announced that its earlier established “mission continuity” task force has been recast as its “return team.” The change, president Richard Englert said in a letter to the school community, reflects Temple’s intention to return to campus this fall “in a way that will maximize safety while ensuring that quality teaching, education and research can continue to take place.”

“Personally, I can’t wait to get back to campus and see the walkways buzzing with activity,” Englert said.

At those schools and others contacted by Philadelphia magazine this week (including the University of Pennsylvania, Villanova University and the Community College of Philadelphia), spokespeople said administrators were planning for multiple possible scenarios, and considering factors like: the extent to which the state reopens this summer and fall; whether there are additional outbreaks of COVID-19 and the severity of those outbreaks; university enrollment levels; financial impacts; safety and security of the school community; accreditation and more.

With shrinking enrollment, cancelled events and other factors predicted to hurt universities financially, some schools are already attempting to cut back on costs. Both the University of Pennsylvania and La Salle University have enacted hiring freezes, with La Salle announcing earlier this week financial losses in excess of $1 million as a result of cancelled events.

Both Temple and the Community College of Philadelphia plan to release more detailed information regarding fall semester plans later this month, according to spokespeople at both schools. Nationwide, universities have said they plan to announce decisions in May or June.

To help with decision-making, in Philadelphia and across the country, universities have assembled task forces and committees comprised of representatives of multiple university sectors, including faculty and administration, the student body, housing and dining and more. These groups are analyzing reopening scenarios and presenting to university boards who will make final decisions.

Peter Eckel, a senior fellow at the University of Pennsylvania’s Graduate School of Education, says university boards are facing an “unprecedented” course of decision making.

“Part of the challenge is the complexity of the issues that university boards are facing,” Eckel says. “There is also a degree of unpredictability regarding short-term challenges, like enrollment and finances, endowments and financial resources, but also safety and security in the future. We don’t know if there’s going to be a new normal, a next normal, or return to normal.”

Administrators and task force members, Eckel says, are “trying to look at crystal balls and read tea leaves,” which are “unfortunately very foggy and unclear. So they’re trying to do scenario planning across a number of dimensions as best they can. Education, enrollment, finances, safety, health and social missions are all under question.”

Within broader issues lie specific concerns: What if faculty members who are over 60 years old or immunocompromised refuse to work on campus? What if students or faculty members contract COVID-19, and will universities set up quarantine spaces for those who become sick? With Pennsylvania set to reopen at various levels and in waves, how will universities adjust to partial re-openings with crowd limits in place? How will hindered research, classes and clinical rotations affect the quality of education that institutions offer — and potentially accreditation?

For university administrators and board members, “it’s important to think broadly about what the possibilities are, then choose the three to five most likely scenarios and work from there,” Eckel says.

Eckel predicts we’ll see a variety of responses from universities both in Philadelphia and across the country over the next 18 months as both short and longterm decisions are made. Geographical location, state and local government leadership, COVID-19 case numbers, institutional missions and finances will come into play, he reasoned. For example, pandemic restrictions could hurt private institutions with large out-of-state enrollment numbers, while community colleges and institutions with significant in-state populations could see enrollment growth.

The takeaway? Expect staggered starts and fluctuation at universities and colleges this fall — and don’t rule out online learning, including at universities that have announced the intention to reopen in person. Even when decisions are made at the board level, they could be subject to change, Eckel says.

Which adds another factor to the list of considerations for administrators: With so much in flux, institutions are going to have to rethink their notions of community this fall.

“Community is a really important aspect of higher education, and the notion has really been turned upside down,” Eckel says. “Universities will have to redefine what a community is — and create healthy support for those communities.”