When Is the Best Time to Reopen Philadelphia?

Penn epidemiologist Alison Buttenheim weighs in on the complex formula for reopening the city and preventing new coronavirus infections and deaths. 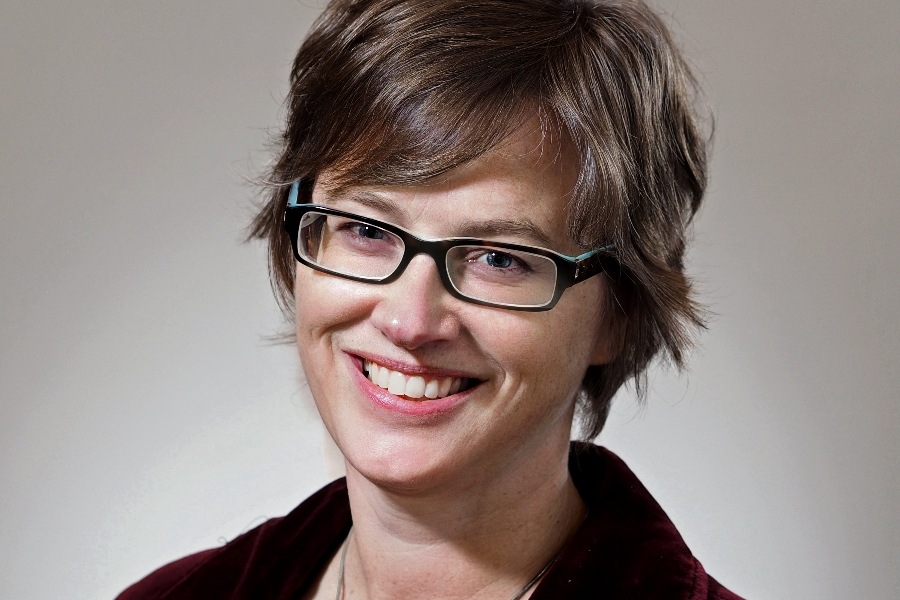 Alison M. Buttenheim is an associate professor of Health Policy in the Perelman School of Medicine at the University of Pennsylvania. / Courtesy

This week, as many as 23 states across the country lifted stay-at-home orders and began taking steps toward reopening businesses and resuming public activities that were brought to a halt more than a month ago in to prevent the spread of COVID-19.

In Pennsylvania, the stay-at-home order that Governor Tom Wolf issued and later extended in mid-April is set to expire on Friday, May 8th. If the turnout for the recent fighter jet flyover or the random gatherings at Rittenhouse Square are any indication, Philly residents are more than ready to get back to the life they once knew. But public health experts and behavioral epidemiologists like Alison Buttenheim say the formula for reopening safely is more complex than people think.

As an associate professor of health policy and the associate director of Penn’s Center for Health Incentives and Behavioral Economics (CHIBE) at the Perelman School of Medicine, Buttenheim has spent more than a decade studying why people make certain decisions about their health. In the past, she’s applied her expertise to address a range of public health issues, from understanding why American parents request exemptions from child vaccine laws to finding ways to increase participation in a large-scale public health campaign to control the spread of the insect-borne Chagas disease in Latin America. She says the pivot back to “normal” that most people are waiting for won’t come overnight, or anytime soon. “I worry that the public imagines a switch gets flipped one day, and we’ll just get back to normal life,” Buttenheim said. “That’s just not realistic.”

The governor’s Plan to Reopen Pennsylvania calls for lifting social distancing and reopening non-life sustaining businesses county-by-county in three phases. According to Wolf’s plan, counties must meet several requirements to reopen, including having fewer than 50 new cases per 100,000 people over a 14-day period. So far, 24 counties have met that mark and are slated to reopen later this week. For Philadelphia, the state’s largest and most populous county, any level of reopening could be a while away.

NextHealth PHL spoke with Buttenheim about what she thinks government officials should consider before reopening their states, when Philly might reopen and what city life might look like when restrictions are finally lifted.

NextHealth PHL: Several states are easing stay-at-home orders this month, including Pennsylvania while public health experts say this is a bad idea. When it comes to reopening, what should states be doing?
Buttenheim: It’s not a mysterious formula. If you ask a hundred public health and epidemiology experts, we’d all say exactly the same thing: We can open once we have the testing capacity in place, the ability to do contact tracing, and the ability to isolate cases and quarantine contacts. And we’d probably still have to have some social agreements and societal agreements that we’d keep wearing masks in public, not have huge gatherings, and be really good about hand hygiene. If we reopened tomorrow, we would need all those pieces in place to stay safe and to keep the case count down.

What ethical factors should governments consider before reopening?
I think we need to think carefully about tradeoffs and goals. So, obviously we want to reopen, in part, so that the economy can get back on its feet. But if we don’t have daycares and schools open, we know that a lot of workers won’t have an option to go back to work. And if we don’t have some really clear guidelines about how to keep people safe when they’re at work, then again, that just becomes a vector for more transmissions.

The other thing that’s really important is, when you think of the ethicality, the kinds of workers that are most at risk as we reopen tend to be the more economically vulnerable, racial and ethnic minorities, and folks that are just holding on as it is. Those are likely the people we’re going to put at most risk when the next tier of businesses open.

There seems to be a split in most states across the country between people who want to reopen right away and people who’d prefer more caution. How can governments work to bridge this divide and get the public on board with one solution?
It’s very easy for people to think that it’s the policies that we’re putting in place and the restrictions that are causing the economic harm, but we need to remember that it’s the virus causing the harm and the restrictions are put in place to manage that. At the risk of sounding like a socialist here, I’ll say, one way to manage this is to provide a basic income for people during the shutdown so we don’t put people in a situation where the only way to keep food on your table and pay your rent is if you put yourself back into a risky situation at work. One way to handle that from a governmental angle and from a policy angle is to pay people to stay home. That’s not a very palatable solution in most of the U.S. Most people can’t imagine that approach, but the alternatives are all likely to increase transmissions and to increase unevenly across the population.

When do you think Philly will reopen?
Rather than put a calendar date on it, I would say we need to think about what we need to see and do before we could, for example, move from Wolf’s red to yellow zone. We’d want to see a 14-day sustained drop in the number of new cases. Right now, we’re at 463 new cases per day on average for the last seven days. What we would want to see for 14 days in a row is for that seven-day rolling average to go down, and ideally be near zero. That would tell us two things. It tells us that transmission is decreasing, which is good. It also tells us that the number of new cases is dropping to a point where that contact tracing process can feasibly happen. Right now, we don’t have the capacity to do contact tracing for 500 new cases a day, but we probably do for, say, 50 new cases a day.

The other big piece, which we’re actually in good shape for in Philly right now, is you want to keep the health system from becoming overwhelmed. We’ve kept hospital capacity counts quite low across all the different health systems that are working on this. Temple set up that amazing overflow facility, and I think it ended up taking only 14 patients in total over the past two weeks that it has been open, which is great. In terms of health care capacity, we’re in good shape. But if I were the mayor or the health commissioner, I would want to have a few other factors in place before I felt confident moving to yellow to reopen.

What are some things that might be different when Philly does finally reopen?
I think we’re going to be wearing masks for a long time. Societally, that initiative works best if we’re all doing it, and it becomes a social norm. Like we know we’re going to have to take our shoes off and go through security at the airport, we’ll just know that if we’re going to walk out of the house we’re going to need to have a mask on. I think another thing is just recognizing that we’re not going to be having 2,000-, 5,000- or 10,000-person events for a while. And we’re going to have to be ready, at the city or county level, to flex back and forth between these levels.

If we go to yellow and things look good, and we’re maintaining low case counts [great]. But then if we see a couple of hundred cases one week, the mayor might say we’re at home again for the next two weeks. Hopefully, everyone’s collective desire to avoid that will be a motivation to do things like masking and no big gatherings because the alternative is a lot of moving in and out of these restrictions.