Once the Quarantine Is Over, I’m Over These Philly Institutions

In times of adversity, people reveal who they really are. Consider the tone-deaf actions of these institutions during the pandemic. 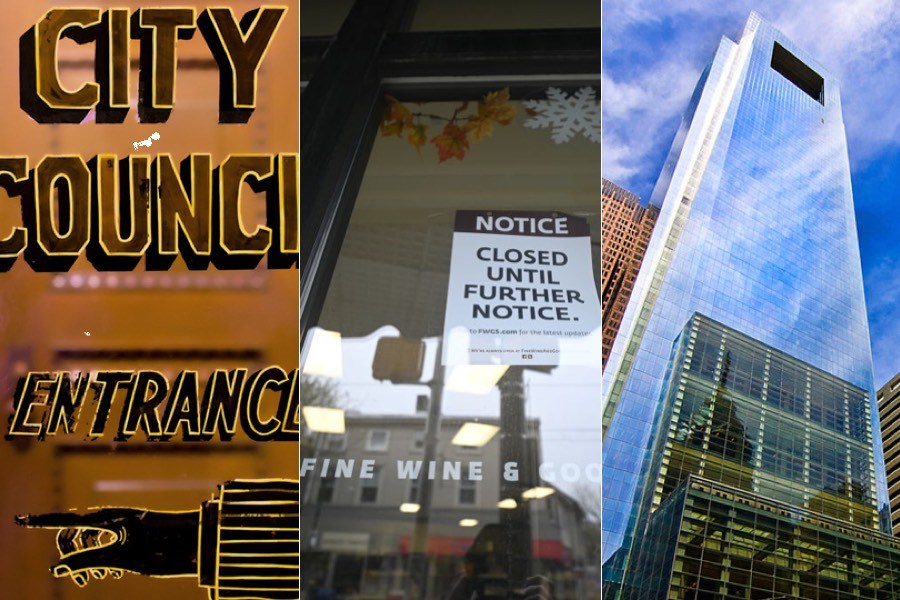 As we prepare to enter yet another month of self-quarantine that shows no sign of quickly ending, things are beginning to get ugly. This is about more than the growing number of COVID-19 cases and fatalities — it’s about how some of our public institutions are now showing their asses in the middle of this pandemic.

Right now, our city government and its adjacent political and corporate entities are making decisions that are either fiscally wasteful, tone-deaf or downright cruel. Just as I’ve begun to side-eye national brands such as Shake Shack and Ruth’s Chris Steak House for needing to be publicly shamed in order to show some humanity (I haven’t forgotten about you either, Amazon), Philly isn’t getting a free pass (looking at you, Penn).

I’ve been keeping a personal shit list: the local companies, institutions, and public figures that I may no longer support, patronize and/or respect once this quarantine is over.

When news broke that City Council allocated taxpayer dollars ($10,000, to be exact) toward paying local social media influencers to spread COVID-19 awareness, I immediately cursed at my laptop. Seriously, who thought this was a good idea? Why is the Camel Prom Mom (who has made some rather questionable social influencing decisions in the past) being paid by the city to encourage folks to wash their hands? Why is some guy on Instagram named @wallo267 getting a check to tell me about social distancing? Answer: Because City Councilmembers thought they weren’t cool enough to get the message out themselves. “Councilpeople, we do have influence, but there are certain categories of people we don’t necessarily have that influence with,” Council President Darrell L. Clarke told the Inquirer. “From my understanding, they’ve got over 300,000 views on the various platforms.”

TO RECEIVE UPDATES ABOUT WHAT PHILLY IS DOING TO SLOW THE SPEAD OF COVID-19 TEXT "COVIDPHL to 888-777 or VISIT www.PHILA.GOV/COVID-19

But attracting followers on social media isn’t the same as getting votes. When you consider that City Council members already have full staffs being paid to do such work, this just seems wasteful. Social media influencers shouldn’t be making money off the city for helping officials tell the public to be safe during coronavirus. That money could have been put to better use helping pro bono essential workers such as Ala Stanford, a physician who has been successful at increasing COVID-19 testing, advocacy, and training in underserved communities in Philly. Do better, elected officials.

Comcast for still charging late fees while we struggle

The last thing anyone should be concerned about right now is unnecessary late fees from a multibillion-dollar media conglomerate. Comcast is still charging late fees even though they say you don’t have to pay them. But the catch is that you have to go through the hassle of calling the company (1-800-XFINITY) and asking them to waive the fees. Why can’t Comcast simply eliminate the charges automatically? I can only imagine how many financially vulnerable people may not even know this and will end up being hit hard once they return to paying the internet and cable bills they can now temporarily pause. (The company has said it’s suspending disconnections at this time.) Yes, Comcast is still charging late fees on bills they know you can’t afford to pay right now — and you pretty much have to call and tell them the obvious (i.e., it’s a fucking pandemic) in order to get them waived.

comcast: now we're charged 10 extra dollars for late fees and a little bit more mystery fees even though we said we wouldnt be charging late fees in this pandemic
me: can i please talk…..
comcast: NO

Speaking of bad customer service, it took public outcry for the Philadelphia School District to backpedal on an initial recommendation to students without home wi-fi to take advantage of such in parking lots. Yes, our school district thought it was a good idea to list on its website ways for our kids to get free wi-fi to do their assignments in potentially unsafe, unfamiliar and uncomfortable territory. The district thought it would be best to burden underserved families (16 percent of whom don’t have internet connection in their households at all) by subjecting themselves to humiliation.

If this is the best we can do as a country we should be deeply, deeply ashamed. https://t.co/RFHPceqGjr

Shout-out to Philly-based nonprofit New Options More Opportunities (NOMO) for stepping up to provide free wi-fi for families in need who have enrolled children.

PLCB for initially only reopening liquor stores in white neighborhoods

When the Pennsylvania Liquor Control Board (PLCB) initially announced it was reopening some of its stores for curbside pickup, I thought happier days were coming. Wrong.

Instead, it chose to only reopen a few select stores in … wait for it …  predominately white neighborhoods. This in a diverse city where most of the stores are located in black and brown areas. Out of the 52 stores in Philadelphia, the PLCB only reopened 10 “Premium Collection” locations in Center City, South Philly, Northern Liberties, the Far Northeast and Chestnut Hill. So the liquor store I go to in West Philly that I just know would have gotten great business was kept closed. Interesting.

Although the PLCB has, as of Monday, since reopened nearly all of the liquor stores in the city, the situation leaves a bad taste in my mouth. At this point, I’d rather support the local distilleries instead.

Hey there, Bluecoat. It’s been a while.

My @bluecoatgin is back in my hands where it belongs! #QuarantineLife pic.twitter.com/s6Bqc8fdqn