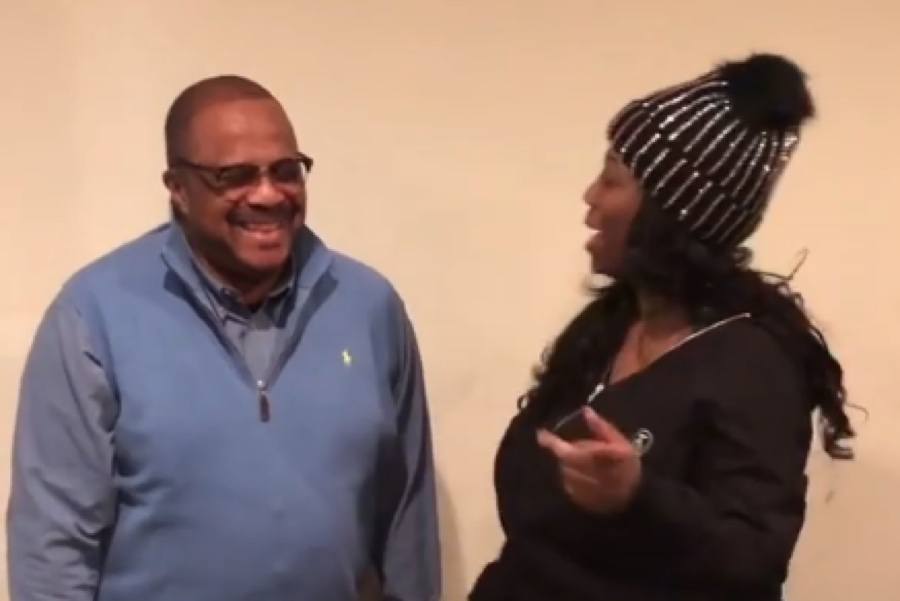 Reelection campaign efforts on behalf of controversial Philadelphia sheriff Jewell Williams have faced a few early bumps — but can a viral Instagram endorsement help him smooth the road?

A video post on the social media site from North Philly chef and “Camel prom mom” Saudia Shuler has garnered quite a bit of attention since going up on Wednesday. Shuler, who owns the popular soul food restaurant Country Cookin’, asked her more than 247,000 followers to vote for Williams, whom she describes as a “good man.” “Trust me y’all. He’s for the people,” she says in the post’s caption. “He’s helped me with events.”

In the one-minute clip, which has been viewed more than 43,000 times, Shuler humorously makes the case for why her followers should support Williams — even poking fun at her current legal woes. Shuler pleaded guilty to federal fraud charges on January 15th, admitting that she had collected nearly $37,000 in Social Security disability benefits between 2014 and 2018 while failing to report other income. According to the feds, some of this money was used to fund lavish prom sendoffs and community events she’s hosted over the years — including a $25,000 Dubai-themed prom sendoff for her son in 2017 and a Black Panther–themed one last year that included expensive foreign cars and an actual caged black panther.

After posing for the camera and modeling a local designer’s jumpsuit, Shuler gives Williams a rousing endorsement:

Shuler: Sheriff! You should be voting him May the 21st. Shit, hopefully they don’t lock my ass up. You better help me get out [laughs]. I ain’t playing, come on. By the way, I go to court … ummm … you said May, right?

Shuler: Yeah, I go to court May 8th, so tell them people.

Sheriff Williams: Well, I’m gonna look out. She a good lady. She’s always working in the community. And it’s important to support the people who … uh, who need help. And always … we gotta always remember that everybody deserve a second chance. [Cameraman says “Absolutely.”] And I’m not always the kinda person who believe that you shouldn’t look out for people, because you should look out for people.

Reaction to the video has been generally positive, though some commenters have expressed reservations. “We rock with you Saud all day everyday, but Jewell Williams, naw,” one follower wrote. “Right, how many sexual harassment cases he fought,” another replied.

On Wednesday, the Philadelphia Inquirer reported that city officials had agreed to pay a $127,500 settlement to a former Sheriff’s Office employee who had sued Williams for allegedly sexually harassing her. (Williams’s lawyer has said he was not involved in the city’s decision to settle.) This is the second sexual harassment case involving Williams that has been settled since 2012, and he is still facing another federal lawsuit. Williams has repeatedly denied all claims of sexual harassment.