Comcast Is Getting Into the Streaming TV Game With Peacock. Here’s Everything You Need to Know

The service launched to some customers last week and will roll out to the rest of the country this summer. 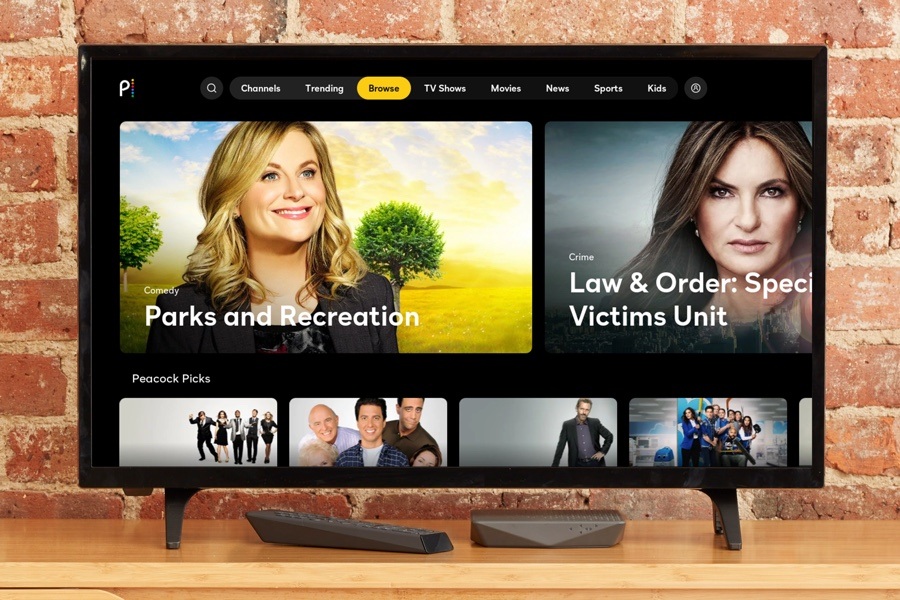 Comcast NBCUniversal is getting into the streaming game with Peacock, which soft-launched last week. Courtesy image

At a time when many families are holed up at home due to an unprecedented global pandemic, the country’s demand for news and entertainment is at an all-time high — which means now may be an ideal time to jump into the streaming TV fray. Last week, Comcast NBCUniversal soft-launched its new Peacock subscription-based streaming platform to select Comcast customers at no cost.

Though Peacock’s official national rollout isn’t set to take place until July 15th, the preview launch for Comcast Xfinity X1 and Flex customers gives us a sense of what the platform will offer once its release is complete. Peacock joins a crowded field of streaming platforms, including well-established players like Netflix, Hulu, and Amazon Prime Video, along with fellow newcomers like Disney+, Apple TV+, and HBO Max. Comcast may ultimately have the content library to back up this endeavor, but the breadth and depth the company has promised won’t be available immediately. To help you decide whether this new entrant will be worth your money, here’s a look at what the platform will offer and when.

Starting on April 15th, Comcast launched a free sneak peek of Peacock Premium to all of its 31.5 million X1 and Flex customers. Over the next few weeks, X1 customers can say “Peacock” into the voice remote or scroll through the X1 guide to access the new platform. Flex customers can find Peacock content in the “New This Week,” “Free to Me,” and “Trending Now on Peacock” sections of the Flex platform. Peacock content is currently free for these existing Comcast customers.

In mid-July, Comcast will roll out the full Peacock platform, which will be available to anyone with internet access via mobile, the web, or a connected-TV platform like Roku. Peacock will feature three tiers: Peacock Free, a zero-cost option that will come with 7,500 hours of movies and TV shows; Peacock Premium at $4.99 per month, with twice as much content; and an ad-free tier that’ll run an extra five dollars for a total of $9.99 per month. Peacock Premium will remain free for existing customers, but they’ll have to pay $5 for the ad-free version.

Comcast says commercials won’t take up more than five minutes per hour of viewing time. The company has also secured advertising with 10 companies, including Target, State Farm, Capital One and Subaru, despite the strain the pandemic has placed on the ad industry.

The exclusivity of a streaming platform’s content is perhaps the biggest subscriber draw. Here, Comcast can lean on hit NBC shows and classics like Parks and Recreation, The Office and Law & Order: SVU, plus exclusive films like the Jurassic Park and Shrek series from the vaults of Universal Pictures, Focus Features, DreamWorks Animation, Illumination and other studios.

Peacock is also slated to develop and release original series. The catch: Much of the content won’t be available until later in 2020 and into 2021. Due to the COVID-19 crisis, production schedules for original programming have been delayed. These projects include reboots of Saved by the Bell and Punky Brewster. There’s also Brave New World, a much-awaited adaptation of the Aldous Huxley novel.

Everyone belongs to everyone else. #BraveNewWorld is coming soon to #PeacockTV. pic.twitter.com/gYUiLUoVss

As a result, the company has its sights set on 2021 as the big breakout year for Peacock, though Peacock chairman Matt Strauss told reporters on a recent call that he remains “very optimistic” about the July launch. Previously, Comcast hoped that the 2020 Tokyo Summer Olympics, which have been pushed to 2021, would drive large-scale adoption in 2020.

Families are spending a lot more time together due to social distancing measures, and “they want normalcy,” Strauss said. The chairman is confident that Peacock’s content can bring viewers the nostalgia they crave.

Later in the year and into 2021, subscribers will get access to TV shows including The Office (which will leave Netflix later this year and live exclusively on Peacock), This Is Us, Downton Abbey, Suits, Bates Motel, The Mindy Project, some of the Real Housewives franchise, and Keeping Up With the Kardashians. Films that include The Bourne Trilogy, Fast & Furious, Bridesmaids and The Big Lebowski will be available, as will sports coverage including the Premier League, the Ryder Cup, the NFL’s new Wild Card Playoff game, and the Tokyo Olympics and Paralympics — when sports programming actually returns.

Other live events like the newly announced Global Citizen and the World Health Organization’s One World: Together at Home global entertainment special will be available later this year.