A jogger, an attorney and their clash outside of Center City's Apple Store. 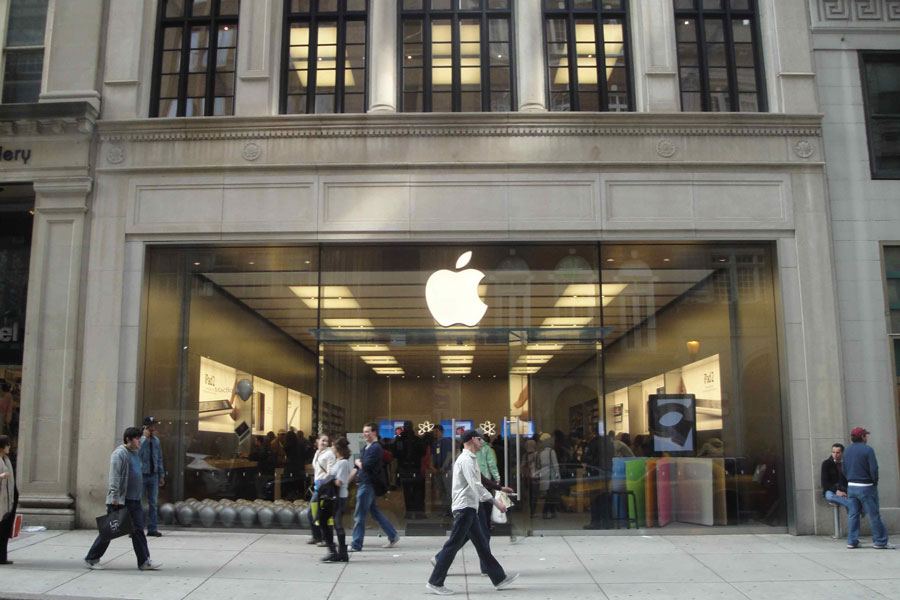 The Apple Store on Walnut Street, where the incident took place. Photograph by Kramchang/Flickr

People love to use social media to identify, catch, or sometimes just shame bad people. And so it was that two Philadelphians took to Instagram earlier this month to identify a man they said told one of them (who is of Asian descent) to “go back where you came from” and then allegedly coughed in her face. Now the man in question is suing both of them for defamation, calling their allegations out-and-out lies.

The story begins in the early afternoon hours of Tuesday, March 31st.

The two protagonists are individuals who never before crossed paths, as far as we know.

The other is Tess Wei, a young woman who lives in Old City. Wei went to Swarthmore College, where she was a star runner.

Just after 1 p.m. on that Tuesday, Knapp says he was walking down Walnut Street to get from his bank to his office. He says that when he was passing the Apple Store, he noticed Wei jogging towards him.

In the suit, Knapp claims that he stepped aside to allow for proper social distancing but that Wei just kept jogging towards him.

“Wei did not take any action to provide the recommended physical distancing and continued to jog down the same side of the sidewalk as Knapp was on, passing close, within two to three feet of Knapp,” alleges Knapp in the suit. Knapp also notes that Wei was “breathing heavily,” as one tends to do when one jogs. The suit continues: “After Wei passed, Knapp remarked that Wei should move to the other side of the sidewalk to give some space.”

According to Knapp’s accusations in the lawsuit, Wei allegedly stopped jogging and cursed at him. He says the two “got into an argument.” As Knapp tells it, Wei moved towards him and asked if he was afraid that she would breathe on him. Then, Wei allegedly threatened to breathe on Knapp.

It was at this point that Knapp claims he turned around and simply walked away. According to the suit, Wei whipped out her phone and ran after him. He says he kept walking away, and Wei eventually did the same.

And that’s that, right? Wrong.

The next day, Knapp says that an acquaintance told him that there was a photo of him floating around on Instagram. Knapp says he saw a post by Wei as well as one posted by South Philly’s Peter Chau, who is apparently Wei’s cousin. (Neither Wei nor Chau replied to messages seeking comment. According to the court docket, no attorney is representing them yet in the case.)

According to the suit, Wei’s original post showed the photo of Knapp along with the following text: “PHILLY! This man yelled at me and then came right up to me and coughed in my face. who tf is he?”

Knapp alleges in the suit that Chau’s post contained a screenshot of Wei’s original post, along with the following message: “This shithead coughed on my cousin and told her to ‘go back where you came from’… anybody recognize this piece of shit?”

Knapp insists that the accusations made by Wei and Chau are untrue. He says that their “false statements about Knapp were intentionally and knowingly designed to imply that Knapp sought out and approached Wei based on her ethnicity as an Asian-American and further implied that Knapp engaged in offensive and racist behavior towards her — none of which is remotely true.”

The suit, which seeks unspecified damages, accuses both Wei and Chau of defamation. Knapp claims they have harmed his reputation and sullied his character.