The social media giant has filed a motion to dismiss the Fox 29 personality's suit over a photo used without her permission. We spoke to her lawyer. 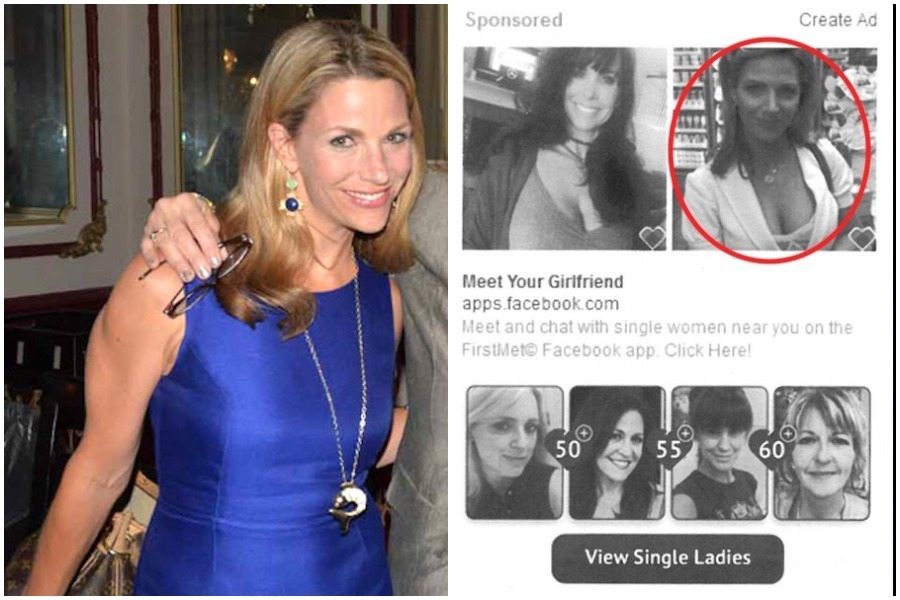 Left: Karen Hepp in a photo previously published by Philly Mag from a Career Wardrobe gala (Photo by HughE Dillon) | Right: An image of Hepp from an ad that appeared on Facebook, according to a $10 million lawsuit she filed against Facebook and others (Photo via court exhibit)

Last September, we told you that Fox 29 co-host Karen Hepp had filed a $10 million lawsuit against Facebook and other Internet companies, claiming that a photo of her had been used without her permission in advertisements selling things like erectile dysfunction treatments and online dating services. Now Facebook has fired back in court with a response.

Hepp’s suit invokes a Pennsylvania law known as right of publicity. That law says that a business is not allowed to take the name or likeness of a person who has clear commercial value and use it for commercial purposes without that person’s permission.

So, you can’t just find a random photo of, say, Sixers star Joel Embiid eating a cheesesteak and stick it in an ad for your new cheesesteak shop.

And, Hepp’s lawsuit maintains, the same applies to the use of her photo in an ad for a dating site or erectile dysfunction cures.

Here’s the dating site ad, which appeared on Facebook: 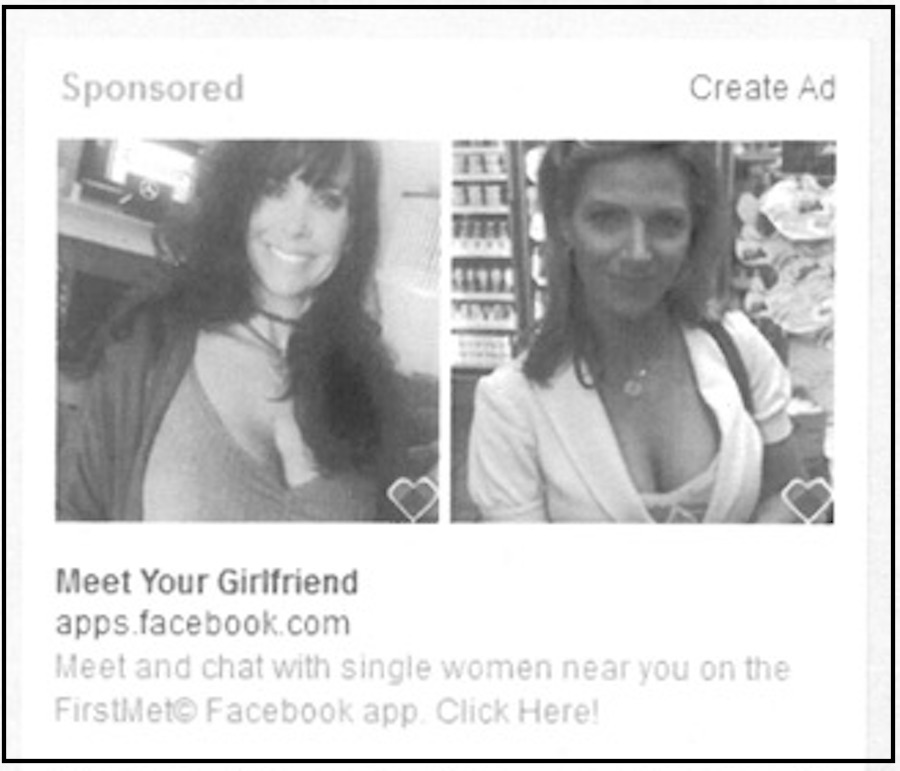 An exhibit from the Karen Hepp lawsuit

The right of publicity law would seem to cover this, right? Not so fast, says Facebook.

On Monday, attorneys representing the impenetrable social media behemoth filed a motion to dismiss the case against the company. The motion claims, in part, that the 1996 Communications Decency Act (CDA) renders Facebook immune to any legal action against it involving content others have placed there.

“Facebook’s decision to allow the advertisement on its platform is a quintessential internet service provider function, which is the very activity the CDA is aimed to protect,” lawyers for Facebook stated in their motion.

But, concedes that same motion, the applicability of the CDA to right of publicity claims has never actually been tested in the Third Circuit, the federal court jurisdiction that includes Pennsylvania. Some other jurisdictions have upheld that the CDA shields Internet companies from such claims; this jurisdiction has not.

And so, Samuel Fineman, the Cherry Hill attorney representing Hepp, says he’s ready to battle that issue out with Facebook in court.

“Facebook is saying in its motion that the court needs to look at these other cases in other jurisdictions and say that the same law should apply here,” Fineman tells Philly Mag. “But a lot of the claims that they’re talking about involved laypeople like you and me. This is a true right of publicity claim from an actually famous person who has built her reputation and has a palpable monetized value for her image and her brand. Facebook is trying to conflate her case with other cases and attempting to nullify a state law.”

Other defendants in the case include the following:

• Reddit, where the photo appeared in a subgroup r/obsf (it stands for older but still… well, you get the idea)

Some of those defendants have made jurisdictional claims, arguing that a federal court in Philadelphia has no jurisdiction in the matter. Fineman hasn’t yet been able to serve the suit on the Czech company.

“It’s a whole process,” says Fineman. “For starters, you have to have it translated.”

As for the original photo in question, Hepp says in her lawsuit that she believes it was taken without her permission by a surveillance camera inside a grocery store in New York City. According to the suit, she only became aware of its presence on the Internet after some co-workers and managers pointed it out to her.

“Karen is a trooper and a very brave and strong broadcaster,” Fineman says. “She decided to bring this case because she wanted to say to these defendants, I am not going to stand down when you publish these images of me without my permission. Some sites have taken these photos down, and some have not. But the damage was done the moment they went up.”

According to her Fox 29 bio, Hepp, a Lower Merion resident, is celebrating her tenth anniversary with the station this year. She is a co-anchor of Good Day Philadelphia.