Think you can just take a woman’s photo and share it however you want? The popular Good Day Philadelphia host is taking on the Wild Wild West that is the Internet. 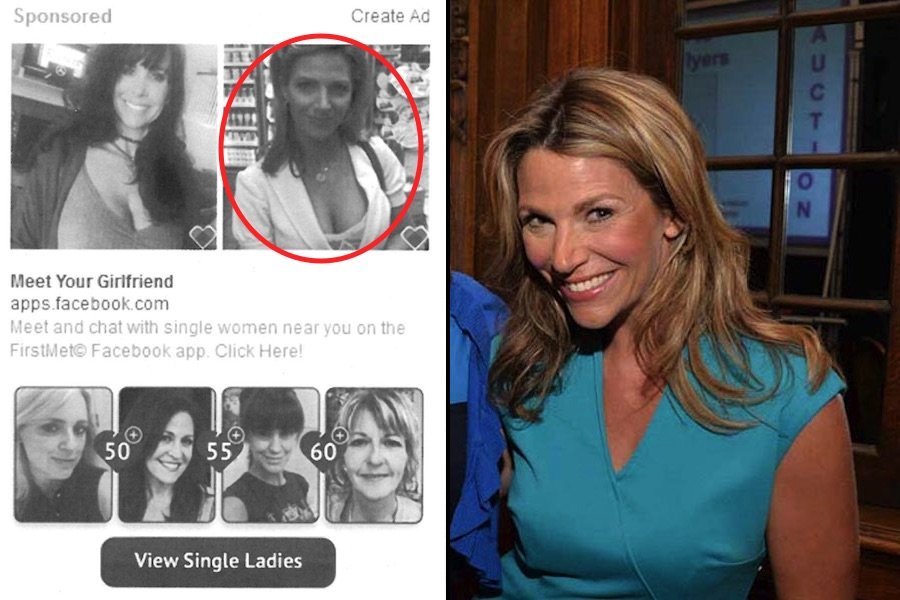 Left: An ad that Karen Hepp says appeared on Facebook advertising a dating app using a photo of her. Right: Karen Hepp in a photo by HughE Dillon of PhillyChitChat that previously appeared in a Philly Mag article.

Fox 29 anchor Karen Hepp has filed a bombshell of a lawsuit against Facebook, Reddit, and other internet companies after she says that a photo of her was used in advertisements for dating apps and erectile dysfunction as well as on a pornography site.

The lawsuit was filed in Philadelphia’s federal court on Wednesday.

Hepp, who lives in Merion Station on the Main Line, says in the lawsuit that she first learned her image was being used without her permission on the various sites when her co-workers and managers at Fox 29 alerted her to it.

According to the suit, the photo was used in an ad that appeared on Facebook for a dating site that encouraged users to click to “meet and chat with single women.”

As for Reddit, the social media aggregation site, Hepp’s photo is in the OBSF section. If you’re unsure what OBSF means, well, just Google it.

According to the suit, the photo was also used in an ad for erectile dysfunction as well as on a pornography site.

Hepp says in the suit that she’s not exactly sure where the photo in question came from, but the suit narrows it down to an unknown convenience store in New York City. The suit alleges that the photo was taken without her permission.

She’s asking that the court order the sites in question to immediately remove her photo. The suit also demands compensatory damages of more than $10 million.

Hepp’s attorney and representatives of the defendants named in this article did not immediately respond to requests for comment.