The Rocky statue, too. And you know what? It’s actually not a terrible idea. 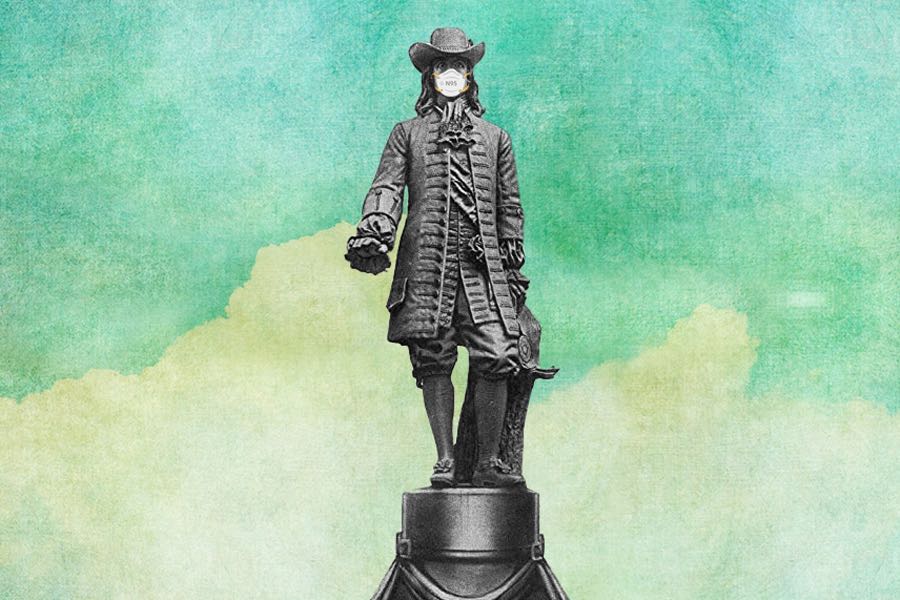 Should the William Penn statue on top of City Hall wear a face mask during the Philadelphia coronavirus crisis? This local rabbi says yes.

Philadelphia Mayor Jim Kenney gets a ton of email. Some of those emails sing his praises. Some fall under the hate mail category. (We’re just gonna let you guess the ratio.) And then there are those folks who have a bright idea and simply must share it with the mayor. Case in point: Semi-retired rabbi Claire Green, who wants to put a face mask on the William Penn statue atop City Hall during the Philadelphia coronavirus crisis.

Green, a 66-year-old Huntingdon Valley resident, fired off an email to Kenney on Monday morning suggesting her William Penn coronavirus face mask idea. So far, she’s only received an auto-reply.

“I’m imagining that it will wiggle its way up to him eventually,” she tells Philly Mag.

Green, a native of Germany, came up with the idea over the weekend after reading a story in a Czech media outlet that claims that the government there has ordered that all statue faces be covered in masks.

Here’s a masked statue near Prague Castle in the Czech Republic: 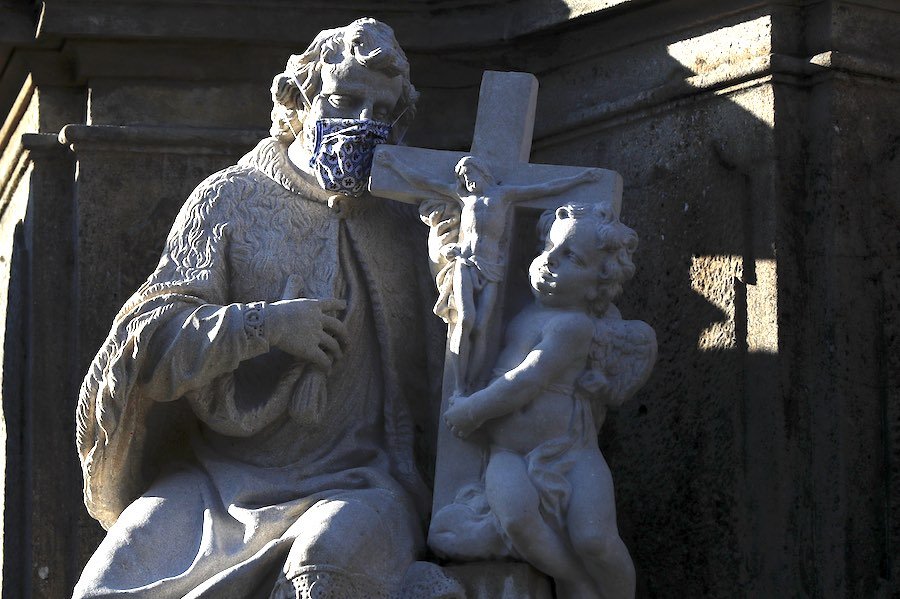 A face mask is put on a statue near the Prague Castle, Czech Republic. (AP Photo/Petr David Josek)

Green says that she was just driving around near her home, and she saw people without masks, people standing way too close together, and people just hanging around having a good time like there’s no coronavirus pandemic at all.

“A rabbi is a teacher, and I am also an ESL teacher,” Green says. “And so my brain is always on teacher mode. I feel like people could be making such smarter and better decisions. But you don’t want to shame people. And you don’t want to scare people. But when I saw these Czech statues wearing masks, I thought, what a good way to teach people using a little bit of humor. This is a really clever, funny, smart way to encourage people to do the right thing.”

Green tells Philly Mag that she’s been impressed by the way that Kenney has handled the coronavirus crisis in Philadelphia thus far. But she worries that when he speaks, he’s mostly speaking to older people, like her. 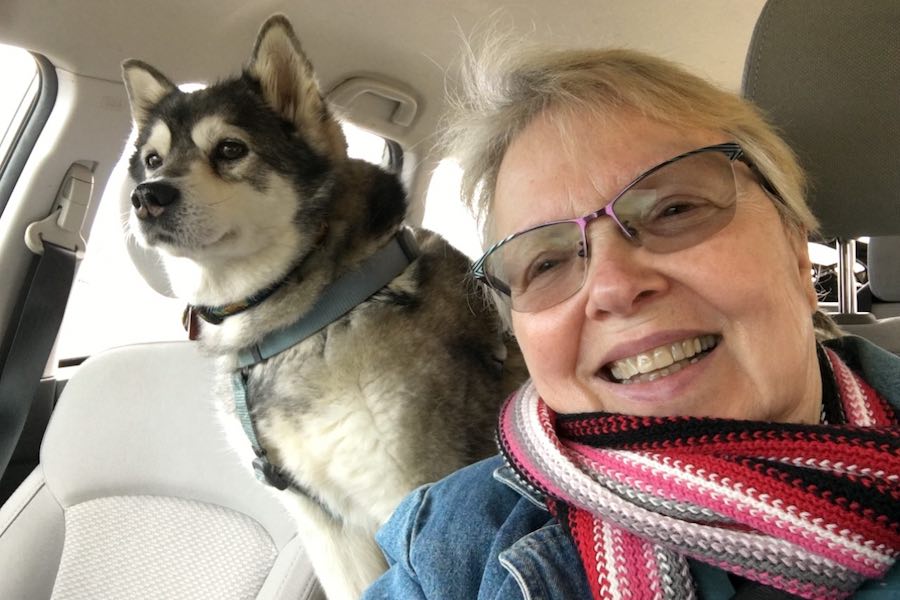 “He has a wonderful heart and voice and tone, but it’s a tone that’s more for mature people,” she observes. “It’s not necessarily a tone or a language that resonates with the young people. But you put a mask on William Penn, and you put a mask on Rocky and other statues, and, well, I think that can really send the kind of message in a way that young people would get it. And the news would pick it up and amplify it. And that’s what we need right now.”