When the world is in the middle of a crisis, how are we supposed to focus on work? 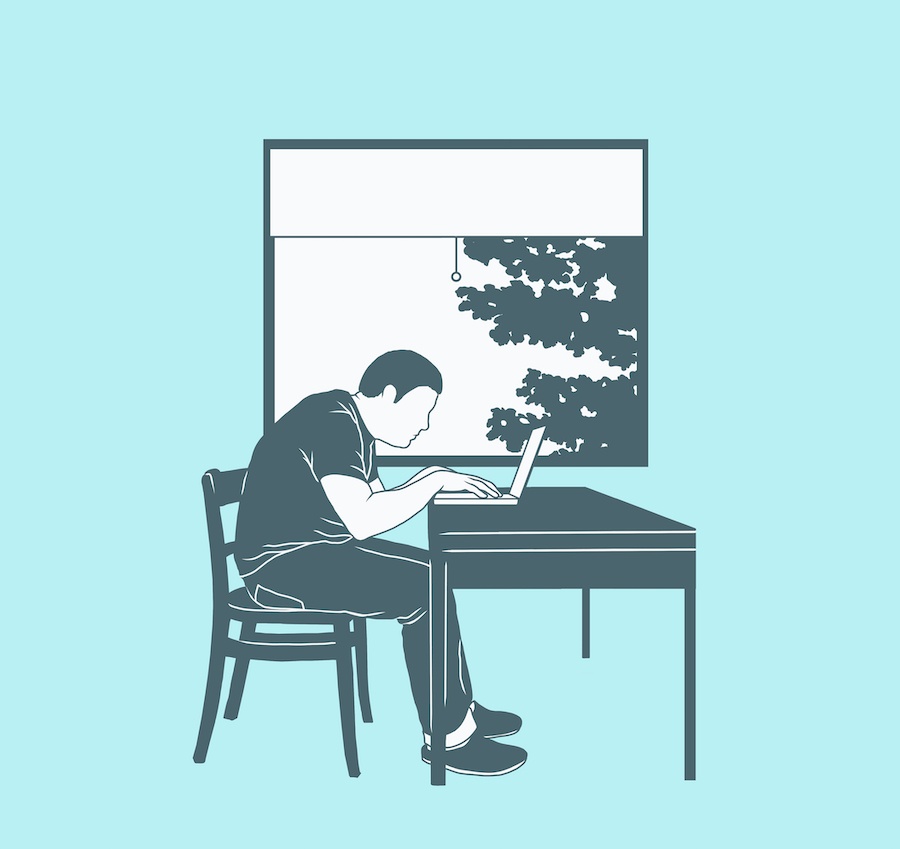 Working from home during the coronavirus crisis | Getty Images

A few weeks ago, right when the quarantines first started, I was on the phone with Jason Sheehan, our restaurant critic. Our communication is normally text-based, but we talk to each other once a month — usually about the restaurants he’s reviewing for the next magazine issue. Those discussions, almost always, end up in this sort of inescapable everything-sucks-and-none-of-this-matters conversational cul-de-sac, and that phone call a few weeks ago was no different. Except that everything did suck, and none of it actually mattered.

“Part of my trade,” he told me, “is writing about the apocalypse.” (Jason, if you didn’t already know, isn’t just a restaurant critic and food writer. He’s a book critic and a video game critic and a sci-fi novelist — and most of his sci-fi lives in post-apocalyptic worlds.) “I never thought boredom would be such a big part of it.”

It’s true, isn’t it? There’s a lot of … sitting around in this current apocalypse. Those of us not dealing with loss or sickness, with screaming children who, in another lifetime, would still be in classrooms, are taking lots of long walks. We’re watching lots of Netflix and trying to find excitement in dried beans and potato soup. The End of the World, I always thought, would be filled with panic and tears and hugging right up until a hot flash of white — not judging people for playing basketball together at the park. Not working at home in my underwear, eating pretzels by the fistful.

We’re seeing that the slow roil of an international pandemic is capable of simultaneously putting everything into perspective and stripping everything of meaning, so even work — as lucky as I am to still have it — seems trivial at the moment. I’m scrolling past articles headlining record-breaking unemployment numbers and catastrophic death counts, and I’m still firing off emails that begin, “Hope you’re staying safe!”

Of course, as far as apocalyptic scenarios go, mine is among the privileged set. As of right now, I’m still healthy. I’m still capable of going on long walks. More than 3,000 American citizens are not, and on Tuesday, Donald Trump said he thinks a 100,000-plus death toll would be considered a triumph. As of right now, I still live near a supermarket, so as of right now, I have beans to buy and potatoes to turn to soup. But what about all of those who live in Philly’s food deserts? What about the 18.3 (and rising) percent of Philadelphians who are food-insecure? As of right now, I still have work, unlike so many of the people I write about, and unlike a growing number of people in my industry. But how am I — how are we — supposed to focus on the mundanity of work right now, when life is everything but?

There must be some kind of emotional or mental cost to trying to job our way out of existential dread. To putting our heads down and trying to ignore a world that feels, day in and day out, like it’s crumbling around us. We’re bombarded with news alerts and push notifications, and we read them because staying informed makes us feel in control. Because that’s what self-preservation looks like in 2020. And we’re dealing with tragedy in isolation — something I’m not sure humans are designed to do. We all have loved ones we can’t visit — loved ones at risk, physically and professionally, whom we can only console through windows or FaceTime or virtual cocktail hours.

In Italy, where the COVID-19 death rate is among the highest in the world, the city of Rome commissioned a survey that investigated how its people are receiving and responding to public messaging about the coronavirus crisis. The authors of the survey found that “the quarantine is beginning to have serious negative effects on the population’s mental health” and that “communications should move from explaining to citizens that they should stay at home to what they can do there.”

The study continued: “We need interventions that make following public health protocols more desirable, such as virtual social interactions, online social reading activities, classes, exercise routines, etc. — all designed to reduce the boredom of long-term social isolation and to increase the attractiveness of following public health recommendations. Interventions like these will grow in importance as the crisis wears on around the world and staying inside wears on people.”

So I guess I’ll focus on interventions for now, until things start feeling more normal, until the situation starts getting better. I’ll compartmentalize where and when I can, and I’ll do my best to self-soothe with manic bouts of bread-baking and Tiger King. I’ll wake up every day, open my laptop, ignore the sadness and strife looming above, take advantage of my luck, and go to work. Because sometimes, the only way out is through.

Anyway, what else is there to do?