Philly Gun Store Sales “Booming,” But City Says the Shops Must Shut Down

“The ARs have been flying off the shelves,” says the owner of Lock’s Philadelphia Gun Exchange. 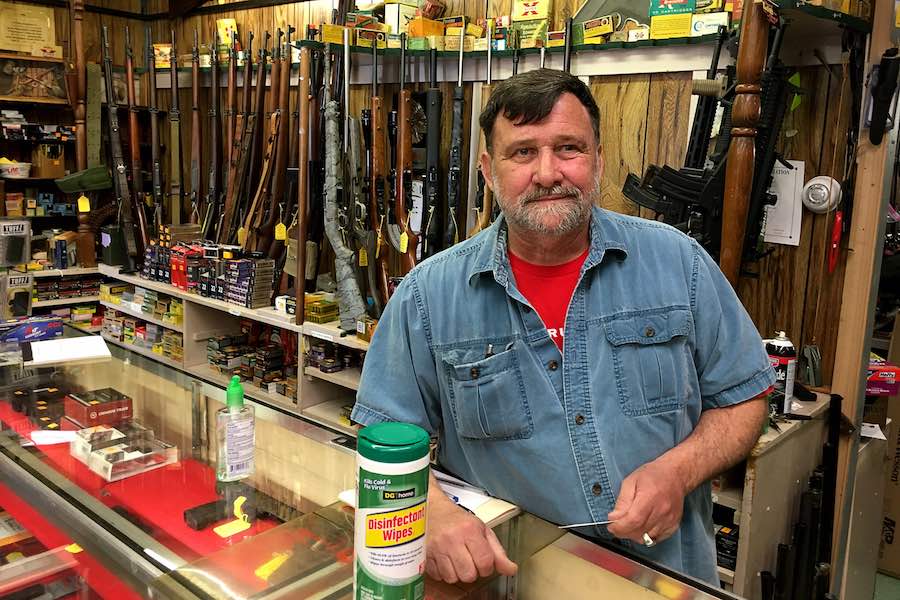 Lock’s Gun Exchange owner John Lock III inside his shop, which is open during the Philly coronavirus crisis. The city says gun shops must close. (Photo by Victor Fiorillo)

There has been a lot of confusion over the last couple of days after the city announced that all “non-essential” businesses must close during the coronavirus crisis in Philadelphia. McDonald’s is able to do drive-thru business. Starbucks is selling coffee. The “essential” list now also includes bike stores. So where exactly do Philadelphia gun shops fit in?

Well, if you ask the city, as we did on Wednesday morning, the answer you will get is that Philadelphia gun shops are most definitely not essential amid the coronavirus. According to the city, gun stores must close.

But if you ask people who want guns during this time of uncertainty, with fears of lockdown and civil unrest looming, guns are absolutely essential, perhaps more than ever.

That was the consensus among the people we spoke with on Wednesday morning both outside and inside Lock’s Gun Exchange, which has been selling “Everything for the Shooter,” as their motto reads, in Northeast Philadelphia since 1956. The store was only letting two customers inside at a time.

“I need to protect my family,” one woman in line said. She and her young daughter were waiting to get in.

Inside, we found store owner John Lock, who stood at the counter, surrounded by a bevy of guns and, naturally, sanitizing wipes and hand sanitizer gel. 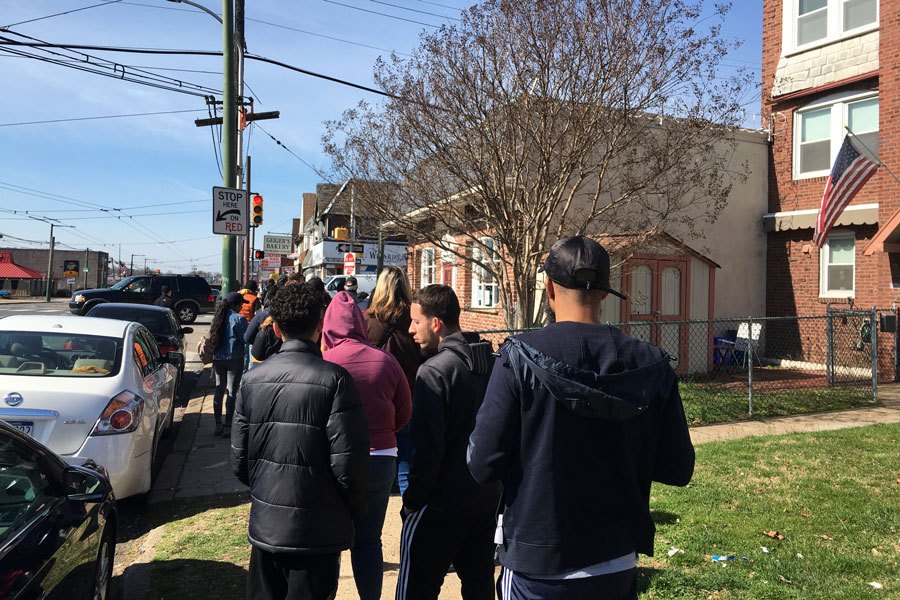 The line outside Lock’s Gun Exchange in Philadelphia on Wednesday morning during the coronavirus crisis. Photograph by Victor Fiorillo

“The ARs have been flying off the shelves,” said Lock.

But not on Wednesday. On Wednesday, Lock’s was selling ammunition only because store employees were trying to get through a huge pile of required background checks from previous days. As Lock explained it, the state’s computerized background check system was down for many hours earlier this week due to “overload.” Lock’s was playing catch up.

According to Lock, business has been “booming.” He says the same is true for some of the other gun stores in Philadelphia that are still open.

On Wednesday morning, City Hall spokesperson Mike Dunn said the city is beginning “enforcement on all non-essential businesses through written correspondence.” He added that officials are “optimistic about compliance.”

Lock said he hasn’t heard anything from the city and says he doesn’t expect to stop selling guns anytime soon.

“They can’t order us to shut down,” said a Lock’s employee standing nearby. “They can only strongly advise. We are a gun store. This is about civil rights.”