My Senior Year at Penn Is Over. But I’m Learning to Be Okay With That.

Crying and other ways I'm coping with virtual commencement, virtual classes, and the onslaught of drastic changes brought on by the coronavirus pandemic. 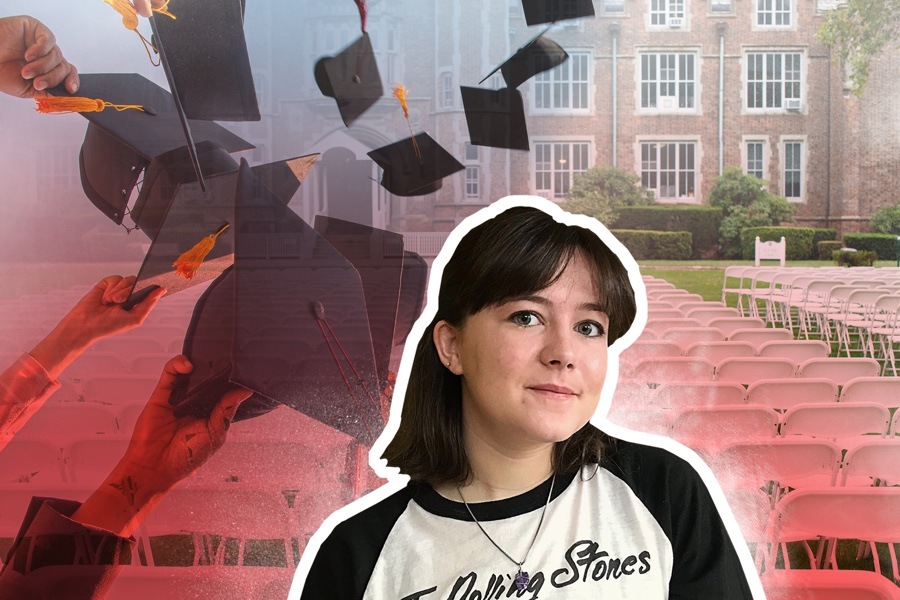 I felt prepared for the coronavirus disease (COVID-19) — at least in the beginning.

I’m a Bioengineering major at the University of Pennsylvania, where classes in cellular engineering and statistical analysis gave me the knowledge and understanding to answer the questions my friends and family have during this pandemic.

“Can I get infected more than once?” Not within a short period of time.

“Should I still get my flu shot?” Yes, especially if you’re older. A flu shot can reduce your body’s chances of potentially having to fight off two viruses at once.

“If I’m young and healthy, is this still a big deal?” Absolutely.

From the start of the coronavirus outbreak in China, I closely followed its spread. I saw the lockdowns that accompanied its public discovery there. I read stories of the people who were sick and dying in overcrowded Wuhan hospitals. And I looked for tales of hope — of doctors who prevailed against infections, of vaccines and treatments that might soon help, of families that made dramatic adjustments to their lifestyles for the sake of others.

But over the past month, those moments of hope shrank in comparison to the growing anxiety and certainty that the virus would arrive here in the United States, and eventually, in Philadelphia. I begged my sister to cancel her spring break plans to France. I called my parents every day to make sure they ordered prescription medications in advance. But in worrying about the dramatic adjustments everyone else would have to make in the face of an unprecedented challenge to modern life, I never thought about how it might affect me.

I went home to Pittsburgh for spring break this year, with little plans other than to watch television, knit a scarf, and practice new baking recipes.

But then the rumors of Penn’s closure started among fellow school newspaper staffers. Harvard terminated its semester, transitioning all classes to an online format and giving students just a five-day notice to leave campus. Other Ivy League schools soon followed suit, and Philadelphia-based universities like Temple announced closures as well.

The next day, one of my professors sent an email describing how we would transition to having class via Zoom, if necessary. Still, I doubted the notion that Penn would shut down for the remainder of the semester — that my senior spring would be cancelled with an impersonal email from President Amy Gutmann.

But that’s exactly what happened. As I read over her words, “Virtual instruction will continue through the remainder of the spring semester,” hot tears welled up in my eyes.

I felt so stupid. Of course Penn had to close. We weren’t the first school to do so in response to the pandemic, and we wouldn’t be the last. Since receiving the news last week, my youngest sister’s high school issued temporary cancellations and Governor Tom Wolf announced that all Pennsylvania schools must close.

On Monday, Gutmann wrote us another email. This time she told us they’d be canceling commencement in favor of a virtual ceremony.

Furious, my classmates immediately started a petition to postpone graduation to a later date. It garnered more than 5,000 signatures in less than 24 hours. But some of us simply sat there and cried, knowing our last chance to see each other and celebrate the past three and a half years had vanished. (On Tuesday evening, Gutmann emailed us again to say that in addition to the virtual ceremony, Penn will recognize our graduating class with an in-person commencement on campus “when it is safe and feasible to do so.” She explained that it will be “some time” before they could know specifics.)

After the CDC announced that no gatherings of more than 50 people could take place for the next eight weeks, I had a creeping feeling that graduation would no longer happen. Still, after reading that email, I couldn’t decide if I was happier to know with certainty that the worst possibility was now true or whether I still wanted that lingering sense of hope that things could magically change at the last minute.

The calm and reasoned logic I’d initially brought to discussions of the coronavirus pandemic grew wishy-washy as more and more of my friends messaged me half-hearted goodbyes. One of my best friends, now with her family in Boston, texted that she wasn’t sure if she’d come back to Philly at all before her Massachusetts-based life science consulting job started in September. Underclassmen sent messages in our club group chats saying they were sorry they couldn’t get to know the seniors better, and wished us all the best for the future.

I cried because I felt robbed of so many goodbyes to friends and teachers and mentors. But I also cried because nothing felt fair about any of this. Through tears, I whined to my sister over the phone about the likely cancellation of graduation and the fact that my senior design project — a sort of capstone course for all Penn engineering majors — had essentially been aborted.

My classmates are irate, and perhaps rightfully so. Nursing students have worries about meeting their required clinical rotation hours for graduation. Other students launched a petition demanding all classes alter to a pass-fail grading system. And even more students have dire concerns over where they’re supposed to live for the rest of the year.

My peers formed a Facebook group of Penn seniors who would still be around campus (many of us, myself included, have our own apartments). But over the weekend, we received even more emails from the administration chastising students who defied the university’s new policies by throwing St. Patrick’s Day parties or storming the labs of engineering buildings to salvage what they could of their projects. Lingering hopes to see friends, even in small gatherings, were quashed with threats of intervention by Penn Police.

I feel desperate and upset too. I hadn’t yet bought my cap and gown, and now I maybe never will. There’s so much uncertainty and so little closure that I feel like I’m going through a messy breakup. I’m comforted by the hilarious quarantine playlists people have made on Spotify and the Zoom-related memes in my Facebook feed, but I still feel as if I’m in a dream, drifting through what feels like an unending liminality of anxiety and board games. I expect that feeling will linger for a while.

I’m not here to perpetually complain about the premature end to my senior year. Simply put, it blows.

But we’re in the midst of a pandemic like never before. Life as usual won’t cut it anymore, and the transition from regular in-person interactions to isolation with a limited supply of toilet paper won’t be easy. Still, the stories of nursing home patients dying from an outbreak in Washington or Italian doctors facing the choice of who they can and can’t afford to give life-saving care to make me know that a lack of normalcy right now is necessary.

To all the young and healthy people out there who went out to restaurants and bars or concerts that were still happening last weekend (and maybe you’re still gathering in large numbers now), please think more carefully about your choices. Recognize the privilege of your youth and health and use it to help those around you. The practices of social distancing and self isolation are the most important at the start of a pandemic, before the number of infections expands beyond control.

My senior year might be over, goodbyes splintered, and warm end-of-college memories erased before they were even made, but I want to stay positive. My Twitter feed tells me that I should use this isolation to write my magnum opus or discover a new physics law, but I’m keeping calm by watching mindless sitcoms for now. I’m learning to be a better texter and offering up video chats with friends and family as a substitute for face-to-face contact. It’s not perfect or normal by any means — and I still cry a lot — but it’s the best I can do for myself and others.