Penn Professor: American Idol Would Be a Better Way to Elect a President

After the debacle of Iowa, one political scientist explains why a reality TV show, starring the presidential candidates, would be the best way to whittle down the field. 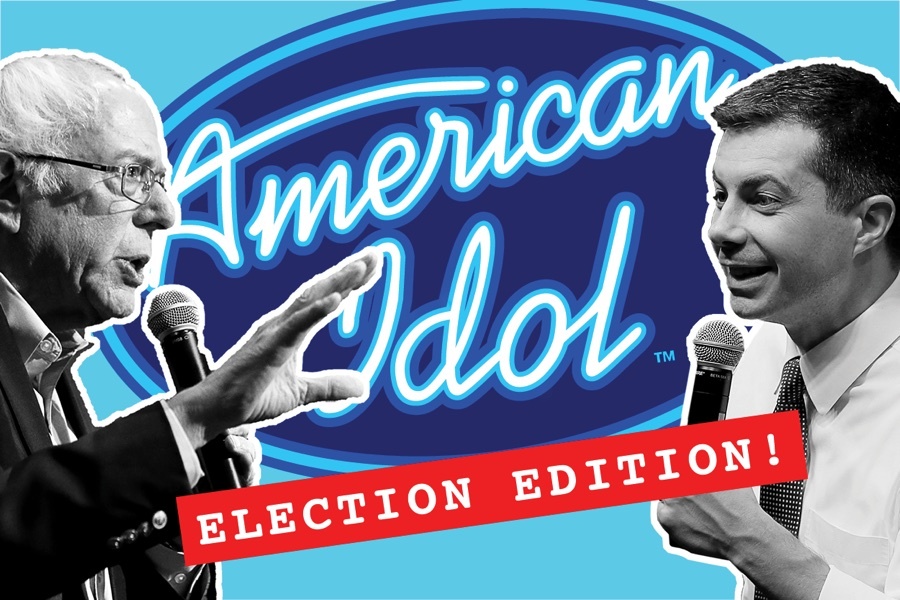 There are many points of contention in today’s Democratic Party. The Iowa Caucus isn’t one of them: Everyone thinks it’s terrible. This, of course, is understandable, considering the epic scene of ineptitude that unfolded last Monday, full of arcane rules, failing technology and delayed (not to mention inaccurate) reporting. Seventy-two hours after the polls closed, the Iowa Democratic Party still hadn’t declared a winner.

But here’s the thing: Even before everything that could possibly go wrong with Iowa did, there was a growing consensus that our primary system needs to be changed. Plenty of states, including Pennsylvania, don’t get to vote until the conclusion is already written. Most years, by the time our primary rolls around in late April, the nominations on both the Democratic and Republican sides are all but wrapped up.

Seeking to remedy that, a bipartisan group of state Senators recently proposed moving the Pennsylvania primary up from the fourth Tuesday in April to the third Tuesday in March. Their bill passed unanimously in late January and is now in the state House.

The legislation is just one of many different primary reform proposals floating in the politico-sphere. Others include selecting new early-voting states that are more representative of the country — Iowa and New Hampshire are both upwards of 85 percent white, while the country as a whole is just 60 percent white — or choosing those that are battlegrounds in the general election. Some observers have suggested that there ought to be a single-day national primary.

In search of some clarity on the best way forward, I called Diana Mutz, a professor of political science at Penn whose research deals with the link between mass media and politics. Turns out she’s got a different idea entirely. “Americans love nothing more than reality TV contests,” she says. So, the best way to reform the U.S. primary system?

She’s not kidding. Imagine a TV show in which all the candidates get five minutes to talk about their policies on gun control, health care, whatever the issue for that week’s episode might be — equal exposure for all. Then viewers eliminate the candidates one by one until we’re left with only the strongest, most popular ones of the bunch. At the very least, you have to admit: Unlike the Iowa Caucus, this is something Americans intuitively understand.

THE CURRENT PRIMARY SYSTEM, with its early voting states and drawn-out elections, dates to the 1970s. “Part of the impetus was for primaries to be more open,” Mutz says. “A lesser-known person might not be able to afford a nationwide campaign but could run one in Iowa and New Hampshire.” From the perspective of the Democratic Party, the strategy paid immediate dividends: In 1976, it nominated a little-known governor from Georgia by the name of Jimmy Carter.

Placing certain states in a privileged position, however, inevitably means other states are less privileged. The Pennsylvania state Senate is starting to get tired of that dynamic. The system, primary bill sponsor Jeff Gordner argued in a memo accompanying his legislation, “often denies meaningful participation to voters in Pennsylvania.”

He’s not wrong. In 2000, both the Republican and Democratic nominees were set by March. In 2004, the story was the same with John Kerry; ditto 2008 with John McCain. There have only been two recent primaries in which Pennsylvania’s votes really mattered: the unusually long primary contest between Clinton and Obama in 2008, and the Republican primary of 2016, which had a record-breaking field of 17 candidates.

There’s little evidence to suggest, though, that simply moving our primary to the third week of March would net Pennsylvania more attention or influence. Consider the data for 2016 TV advertising spending — not a bad way to track where candidates focused their attention. From January 2015 to May 2016, nine of the 10 most popular TV markets for political advertising were in Iowa, New Hampshire, Nevada and South Carolina, according to the Wesleyan Media Project. (The one exception, Boston, really isn’t an exception, since its TV market encompasses parts of New Hampshire.)

There’s a precipitous drop in advertising after the first four states. Chicago, which voted on the third Tuesday in March in 2016 — the date Pennsylvania is now considering — saw just 4,900 ads. That’s not much more than the 3,700 that aired in Philadelphia, which voted a month later. The point is: The difference between mid-March and late April is minimal. Short of moving your state primary up to be even with the early states — which is forbidden by both the Democratic and Republican national committees — or to Super Tuesday, you’re not going to get a huge bump in courtship. What’s more, any state that would be passed by Pennsylvania could theoretically respond with a counter-attack, moving its primary even further ahead.

A NATIONAL PRIMARY, in which we all vote on the same day, would solve the early-state problem. But it has its critics, too, including those who argue that without early-state proving grounds like Iowa and New Hampshire, the system would advantage better-known candidates — or billionaires like Mike Bloomberg and Tom Steyer, who can purchase recognition through advertising. It’s certainly true that in the United States, which, unlike many other countries, doesn’t provide free airtime to candidates, there’s a barrier to entry.

The American Idol idea from Mutz could actually solve this problem, though. Her made-for-TV primary would put serious candidates on the same stage, all on equal footing. From there, she says, “They’re vying for free airtime, essentially.”

This might produce some advantageous results when it comes to picking candidates, Mutz argues. The problem with the current system of debates and town halls, she says, is that it only attracts viewers “who are highly partisan and highly involved in politics, not the kind of people who are really persuadable.” A game-show format could solve this: “People like the idea of tuning in week-to-week to see who gets voted off the island.”

You may laugh off the Mutz proposal, but a similar system was once floated elsewhere. In the mid-2000s, the Canadian Broadcasting Corporation aired a show (hosted by Alex Trebek!) called The Next Great Prime Minister. In it, college-age would-be politicians pitched how they would run the country to a panel of judges — four actual former Canadian prime ministers. Swap out the kids for American presidential candidates, and you basically have Mutz’s idea.

An American Idol primary obviously wouldn’t help change the reality TV-ification of our politics — a point Mutz concedes. “The fear is that if we turn this into a circus-like atmosphere, it would facilitate not taking this kind of judgment seriously,” she says. But what if we’re already in the circus? “We can’t get a lot lower than what we already have,” Mutz says. “The more outrageous things you say, the more airtime you get.” Maybe the solution to our country’s miserable 55 percent voter turnout really is to dive headfirst into our dark, drama-craving id.

Mutz isn’t so naïve as to think her hypothetical TV program could replace the primary system entirely. She imagines the show would run just before or concurrently with the regularly scheduled primaries. But if American Idol: Election Edition existed, voters in states with later primaries would at least have a say each week in who gets the valuable resource of TV exposure.

One thing this TV show wouldn’t fix: the fact that the primary process drags on for far too long. Our months-long primary cycle might be an acceptable trade-off if it actually helped voters decide on a candidate, but that doesn’t seem to be the case. In a poll from January, fewer than half of Democrats had made up their minds on a candidate even after being exposed to a full year of constant campaigning. (A similar poll found the same thing among Republicans in 2016.)

So while we’re proposing audacious reforms, maybe we could fix that, too. Imagine a compromise solution: After the early states vote, the rest of the country could follow suit on a single day.

And maybe we give Mutz’s TV program a shot. Sure, it’s kooky. But our democracy is slowly withering away before our eyes. Might as well have a bit of fun while we try to save it.