We spoke to film buffs about what the closure means for the city’s already anemic independent cinema scene — including the director of the Philadelphia Film Society, who said “Never say never” when asked about a possible acquisition of the theater. 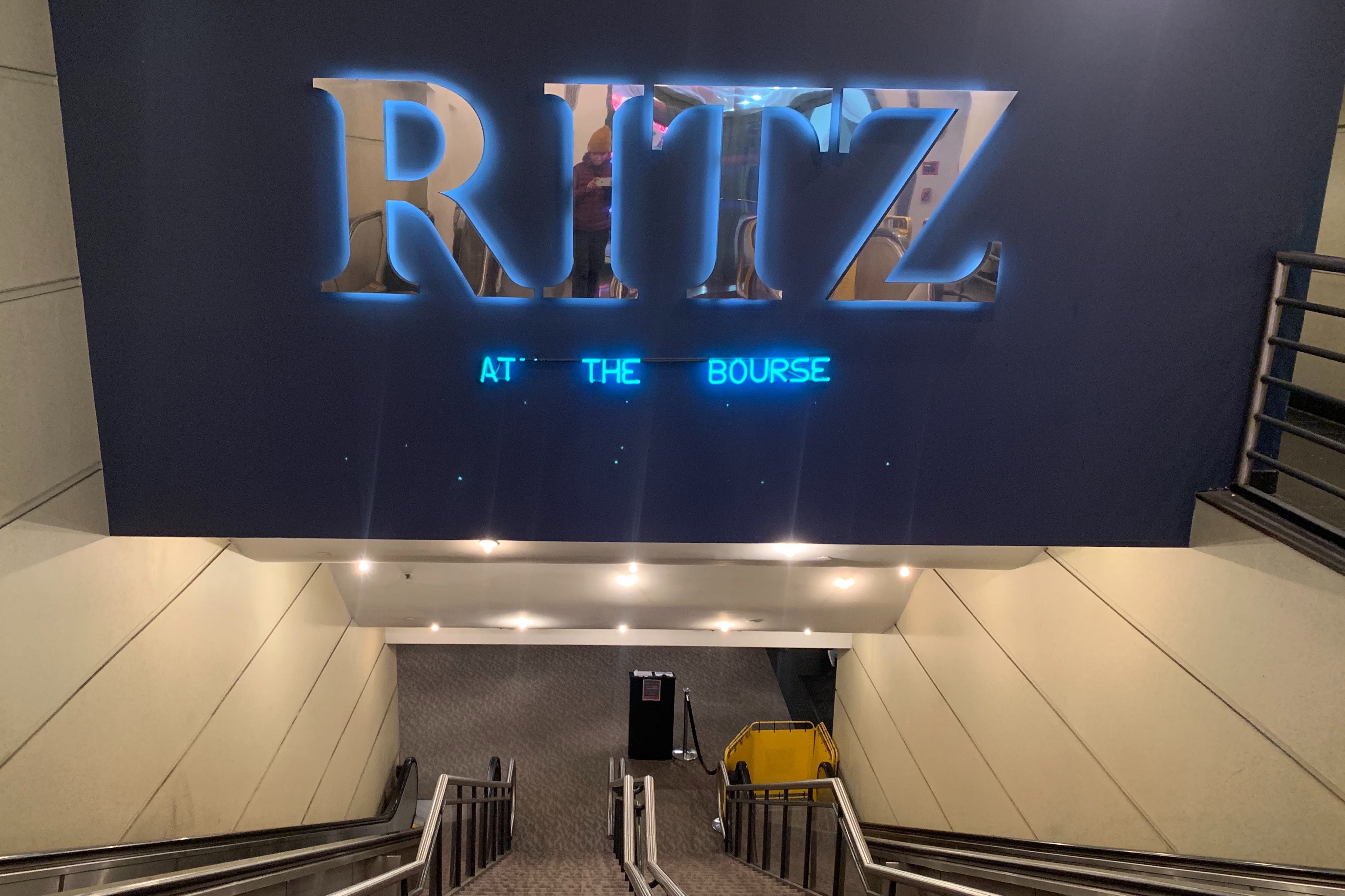 The Ritz at the Bourse is my favorite movie theater in Philadelphia.

I find myself defending this preference often; friends who are also avid moviegoers in Philly say they prefer the location and layout of the Ritz Five or the comfy chairs and spacious theaters at Ritz East. I get it. And I like what the other two Ritz theaters have to offer. In fact, I love all three theaters, but nothing beats the entrance to the Ritz at the Bourse.

What I treasure is the experience of walking past the tiny box office and stepping onto the escalators facing the glowing “RITZ AT THE BOURSE” sign, then gliding underground past mounted movie posters as the buttery scent of popcorn wafts up to greet me. It feels like I’m immersing myself in another world — and this, of course, is the ultimate goal for any moviegoer. And at the Bourse, it starts before I even enter my particular theater.

Unfortunately for me — and for Philly’s already anemic film scene — the Ritz at the Bourse is set to close in just six days. Its owner, Cohen Media Group — which acquired Philly’s three Ritz theaters in 2018, when it bought their owner, Landmark Theatres — issued a short statement about the decision on Sunday: “We regret to inform you that the Ritz at the Bourse is closing. Thank you for your continued patronage and we look forward to serving you at the Ritz East and the Ritz Five.”

Landmark didn’t elaborate on the decision to close or the future of the site. A spokesperson said the theater — which opened in 1990, offers five screens, and seats 1,000 people — will hold its last screening on the 26th and then officially shut its doors on the 31st.

This isn’t the first time the theater at the Bourse came under threat. In late summer 2018, before Cohen Media Group stepped in, Amazon and Netflix had been rumored to be eyeing Landmark (then owned by billionaires Todd Wagner and Dallas Mavericks owner Mark Cuban) and its 56 theaters across the country, including all three Ritz locations. 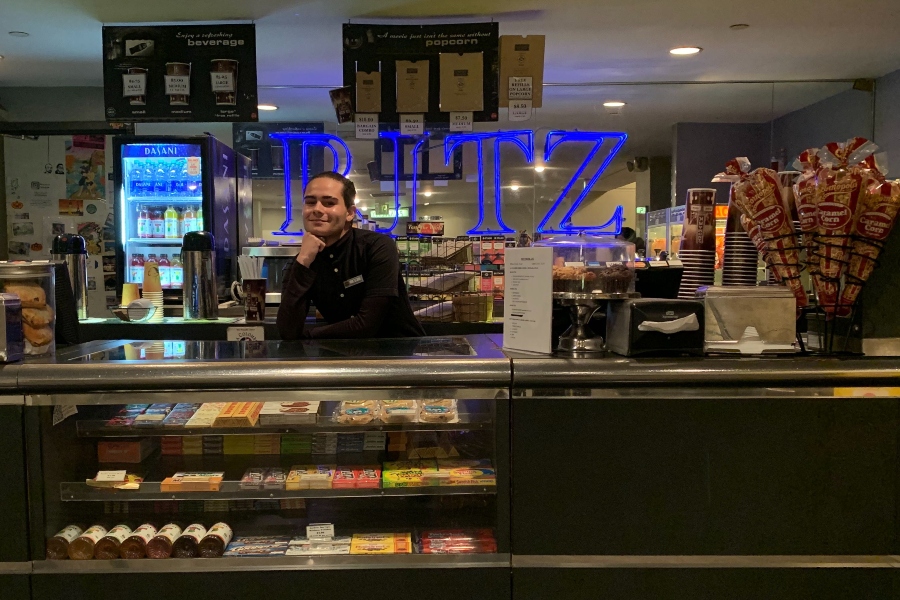 So I can’t help but worry what the decision to close the Ritz at the Bourse means for the two other Ritz locations — and for Philly’s film scene in general. The Ritz is one of only three decent options for art house and independent films in the city, the other two being Philadelphia Film Society (which owns the historic Roxy Theater in Rittenhouse and the Philadelphia Film Center in Center City) and Lightbox Film Center, which recently announced that it’s moving from its longtime home in West Philadelphia’s soon-to-shutter International House to the University of the Arts.

“I spent a lot of my youth there, seeing so many great films,” Pires said. “It’s been a fixture in the Philadelphia film landscape for a long time.”

Andrew Greenblatt, CEO and executive director of PFS, said Philly “needs all the theaters we can get.”

“We certainly are and continue to be underserved in terms of the amount of theaters we have,” Greenblatt said. “Even with the new AMC opening up a few months ago, compared to major cities in the country, we are well underserved in terms of screens in Center City and the surrounding area. We want to see more [theaters], not less.”

Philly’s film scene today is a far cry from the past — the city was home to more than 400 movie houses between the 1890s and 1960s. Just four of them still operate as theaters, according to Hidden City Philadelphia. As the demand for retail space has grown, others have been torn down or converted into apartment towers, a CVS, department stores and other businesses.

Today, of course, TV and movie streaming platforms like Netflix are wildly popular and threatening to cut into theater attendance. But despite the hit to Philly’s theater scene with the closure of the Ritz at the Bourse, both Greenblatt and Pires are confident art house and independent cinema still hold a place in Philly.

PFS, which puts on the annual Philadelphia Film Festival, acquired the Roxy Theater in 2013 and the Philadelphia Film Center, formerly a multiuse performing arts facility known as the Prince Theater, in 2015. PFS transitioned the Prince into a full-time movie theater in October 2018. Asked whether PFS would consider attempting to expand into the current Ritz at the Bourse space, Greenblatt said PFS hasn’t expressed interest to anyone at Landmark or the Cohen Media Group. The property itself is owned by the Washington, D.C.–based MRP Reality, according to the city’s online property records.

“We love theaters, and if there are any opportunities, we always look at them,” Greenblatt said. “Anything can happen. Never say never. I didn’t think we’d take the Roxy, and we did. I certainly didn’t think we’d take the Prince. And that happened really fast. Who knows. Our focus is on what we do, and what we do is film presentation. We’re also very focused on what we’re building at the Philadelphia Film Center.”

Both Greenblatt and Pires mentioned plans to expand their own operations. Greenblatt said PFS recently renovated the smaller of the Philadelphia Film Center’s two theaters, the Black Box, and plans to open two additional “micro-theaters,” each with somewhere between 24 and 42 seats, on the building’s third floor, bringing the venue’s total number of screens to four. Pires, meanwhile, noted plans for a new, state-of-the-art theater in the Gershman Y at 401 S. Broad Street, where Lightbox is moving (temporarily) into the existing Levitt Auditorium.

“We believe in the future of theatrical exhibition,” Greenblatt said. “I don’t think theaters are going away any time soon. I think people still want to watch a lot of movies in theaters. I know [2019 domestic] ticket sales were slightly down from [2018], which was a record year. But we’re always interested in more screens.”