Been waiting decades for Center City’s first multiplex? Now you’ve got it, along with interrupting waiters, drunk patrons, and the foul odors of bacon cheeseburgers. 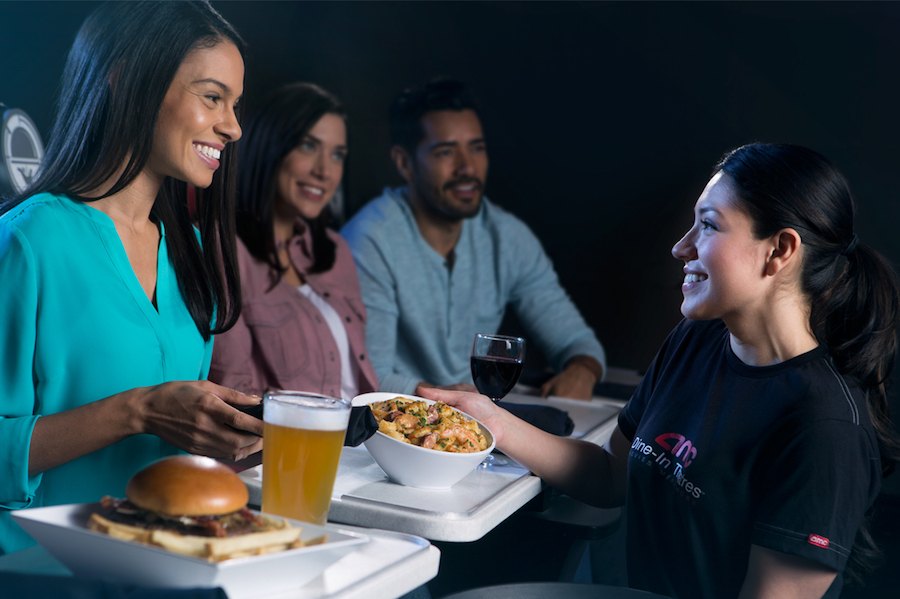 These pretty people make it look like eating a full meal inside a movie theater is a good idea. Don’t be fooled. (Photo via AMC)

It’s the year 2032. The latest Rocky spinoff — which, thanks to the wonders of technology, stars a digitally preserved Sylvester Stallone — has just been released. People are watching the movie on their watches. People are watching it on their 20K quantum-rollup 182-inch TVs. And some people are “watching” it in their mind’s eye only, thanks to the latest Apple Crania Nano neuro-implant device. But one place where absolutely nobody is watching this movie is in a movie theater. Because movie theaters simply no longer exist.

The movie theater business has been in a rapid state of decline for years, and industry executives keep coming up with new ways to save it. A growing gimmick: Cinema Eateries, where patrons can consume a full-service meal right from their seats.

And that’s the kind of movie theater (an AMC Dine-in 8) that landed in the rehabbed Fashion District in Center City — a neighborhood that’s been desperate for a movie theater since the premiere of Rocky II.

Other cinema eateries have already planted their foul seeds in the suburbs, from the Movie Tavern in Collegeville to the Studio Movie Grill in Upper Darby. And not only is the cinema eatery not going to save the movie business — it may actually be the thing that finally ruins it for good.

Going to a movie used to be an immersive experience, where you’d suspend all disbelief. And that’s the one thing it still has over small screens and home TV rooms. 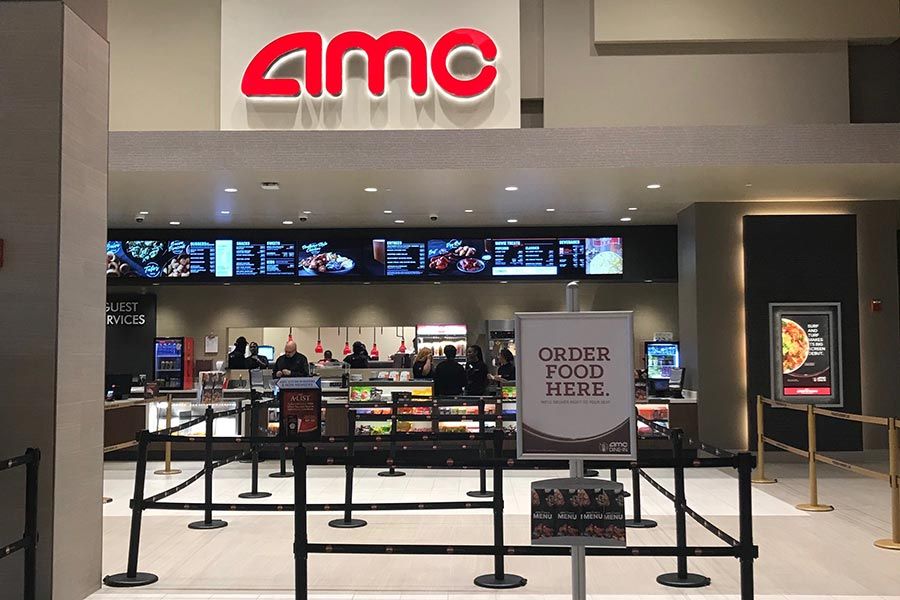 But how do you immerse yourself in the spooky Shining sequel Dr. Sleep (playing now at the AMC Dine-in 8) when waiters are constantly delivering food or helping customers with existing orders? (“Oh, sorry sir, I’ll bring that side of blue cheese sauce right out!”)

How do you suspend disbelief during the moving Harriet Tubman biopic (also playing now at the Fashion District AMC) when the guy next to you is scarfing down a stinky 1,190-calorie Western BBQ Burger loaded with bacon, fried jalapeños, and barbecue sauce and smacking his lips every time he shoves a greasy French fry into his mouth? (This was my exact experience recently. And that’s without mentioning the belching. Disgusting.)

And not to sound like a teetotaler — believe me, I’m not — but what do you think happens when the unruly Delco gal who can’t shut up during a movie or stay off her phone to begin with gets a few Stoli Vanilla and Diet Cokes in her? Hard liquor and movie theaters just don’t mix.

Remember when the most annoying food-related thing in a movie theater was some blue hair unwrapping peppermint candies during a screening? Visit a cinema eatery today and you’ll pray for the return of those good old days.