You Need to See Philly Author Lorene Cary’s Play, My General Tubman, at the Arden 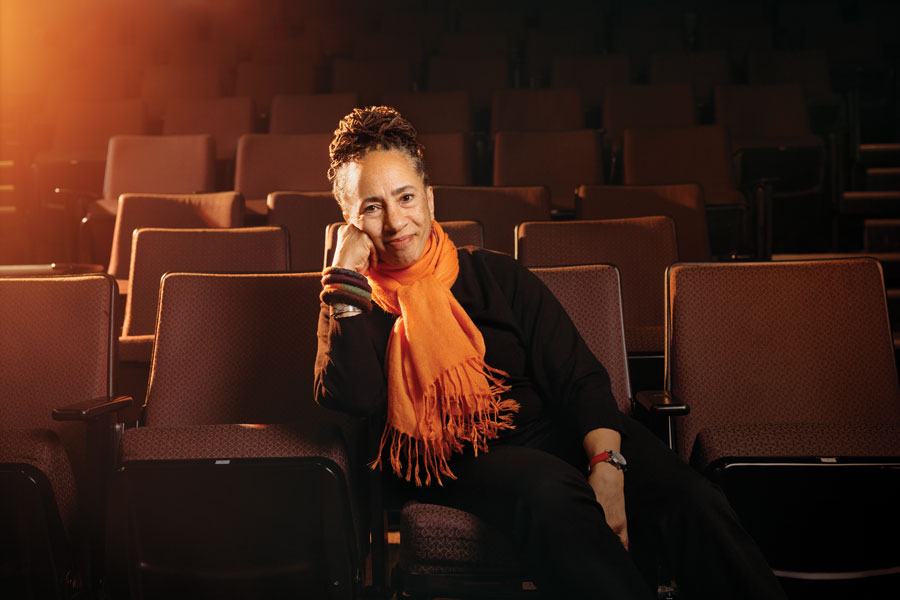 The prestigious Penn prof and acclaimed author has decided to become a playwright at the age of 63, starting with My General Tubman. Photograph by Jauhien Sasnou

It has been almost 30 years since West Philadelphia-bred Lorene Cary made it onto the radar of the literary world thanks to Black Ice, a memoir about her time as a student at a nearly all-white boarding school in New Hampshire. The New York Times called it “stunning.” Since then, Cary has been awarded six (yes, six) honorary doctorates; has authored numerous books, essays and articles; and has been teaching and lecturing at the University of ­Pennsylvania — a post she’s held since 1995. Now, at age 63, Cary is adding a new accomplishment to her CV: published playwright.

My General Tubman, Cary’s debut play, runs through March 1st at the Arden. She says she became obsessed with Underground Railroad conductor Harriet Tubman several years ago after a vacation in Cape May. While there, Cary learned that Tubman worked at a local hotel during the summers to make the money that would support her abolitionist efforts the rest of the year. After that, Cary’s deep dive into Tubman’s life began.

The play, directed by venerable Philly theater talent James Ijames, is by no means a straightforward biographical stage presentation of Tubman’s life and work. Instead, Cary imagines what was happening to Tubman — who is believed to have had ­epilepsy — when she experienced seizures. During those “spells,” as they were known in the 19th century, Tubman time-travels to a prison in modern-day Philadelphia to recruit inmates to go back with her to fight slavery and rewrite history in the process. Yes, in this Cary creation, Harriet Tubman meets time travel. But it’s really about a deeper connection between the past and the present. And telling you anything more would require a major spoiler alert.

“I can’t tell you how scary it is to be doing a play for the first time,” says Cary, who now resides in Grad Hospital. “For most of my life, I’ve had to write in genres that allowed me to work from home in the morning and around my children’s lives. Collaborative works and performative genres don’t let you do that. But now my children are grown, I’m not taking care of anybody, and I’m not dead yet. So I figured, why not?”

Published as “Lorene Cary’s Second Act” in the February 2020 issue of Philadelphia magazine.