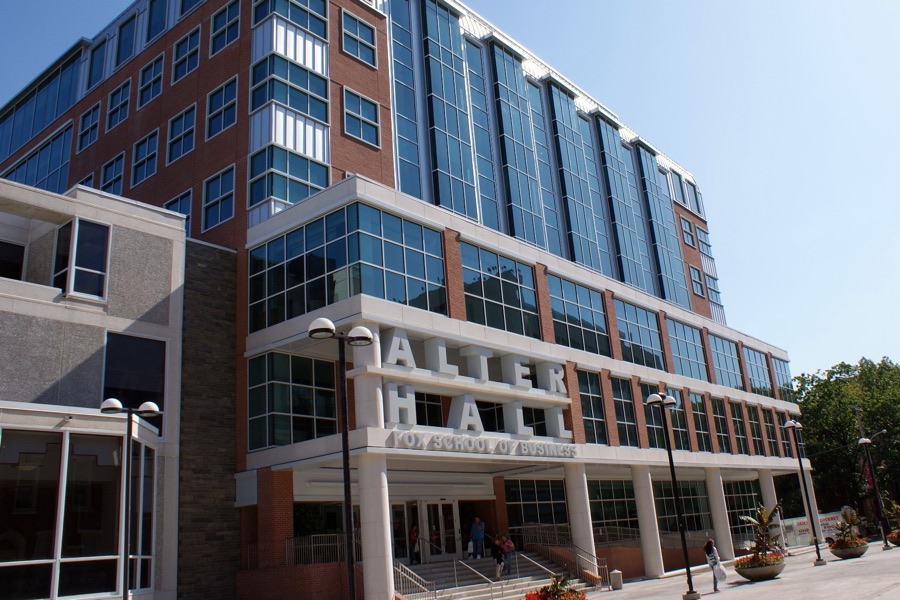 When U.S. News & World Report released its latest rankings on Tuesday for the nation’s best online MBA programs, Temple’s Fox School of Business — home to the number-one program in the country as recently as 2018 — found itself in 88th place.

Technically speaking, it was an improvement.

As you probably know by now, the school became embroiled in controversy over the news that administrators knowingly misreported data to U.S. News to boost the program’s ranking. Ever since that discovery in 2018, Fox’s online MBA degree had been unranked.

So Tuesday’s new rankings might have been a glorious return for Temple, not to mention for the graduates of the online MBA program who learned that their alma mater might not have been as highly regarded as they thought. But the Owls didn’t fly straight back to their perch at the top of the list; instead they plopped.

“While the results of the U.S. News rankings published today are disappointing, they are not surprising,” Steve Orbanek, a Fox School spokesperson, wrote in a statement. Temple had self-reported the violations to U.S. News back in 2018, and there were bound to be subsequent growing pains. “But it was the right thing to do to restore public trust in the integrity of our data,” Orbanek wrote.

About that data: In an effort to figure out what went wrong, Temple brought in the law firm Jones Day to investigate. Jones Day found that the Fox School had been sending inaccurate data about its online MBA program to U.S. News since at least the 2015 rankings, which was also the first time the program topped the list.

U.S. News rankings are determined entirely by quantitative metrics. (Whether you take stock in them is beside the point.) According to Jones Day, Temple had provided incorrect stats in a number of categories: number of students to have taken the GMAT exam, admissions and matriculation rate, and, perhaps most important for prospective students, average debt of graduates. (Later, Temple would announce that the inaccurate reporting extended to a number of other Fox School programs as well.)

For some of those data points, like student debt, Jones Day didn’t conclude whether the misreporting was intentional or simply a mistake. But far from exculpating Temple, the report concluded, “On certain occasions, Fox’s reporting of inaccurate information to U.S. News was done knowingly and intentionally for the purpose of improving or maintaining Fox’s standing in the relevant U.S. News rankings.”

That sounds pretty harsh, and Temple’s public statements have sounded pretty contrite. “As we have pledged in the past, Temple remains dedicated to being open about our findings in this matter,” president Richard Englert wrote to the university community in August 2018.

But both the law firm and the university have failed to provide two pretty important details: What were the actual misreported numbers? And how badly were they inflated in the first place?

So far, Temple has publicly shared just one specific example of incorrect information sent to U.S. News: The school had reported that 100 percent of its online MBA students had taken the GMAT exam, when in fact just 19 percent had.

We asked U.S. News if it would share other old Fox School submissions. The publication declined, saying it didn’t wish to distribute any inaccurate information. But thanks to an archived web version of the 2017 and 2018 U.S. News rankings, Philly Mag was able to see the data U.S. News listed for Temple — presumably an accurate reflection of what the school reported — in those years. And when you compare the numbers to Temple’s 2020 submission, there are some big discrepancies.

The Jones Day report, for instance, mentions Temple had misreported the average amount of student debt carried by its online MBA graduates. But it fell short of saying what Temple actually reported.

Note: Temple did not submit rankings for 2019.

Stats will of course change on a yearly basis. But such large vacillations over a three-year period are striking. At Indiana University, home of the current number-one online MBA program, there was never more than a $5,000 change in average student debt for the years 2017 to 2020, and never more than a 11 percent shift in acceptance or matriculation rates. (Indiana, which was ranked just two spots behind Fox in 2017, reported that year an average student debt of $59,000, an acceptance rate of 83 percent, and a matriculation rate of 72 percent — all well behind Temple’s numbers.)

Philly Mag sent the 2017 numbers to Fox and asked if the school would provide the actual figures to correct the record and show exactly how much the data had been manipulated, if at all. In response, Temple directed us to a webpage with all of its public statements (including pledges for future openness and accountability) about the rankings scandal, none of which provide the corrected 2017 data. The school did not comment any further.

There are other variations between Temple’s 2017 and 2020 disclosures that weren’t ever mentioned in the Jones Day report. In 2017, Fox reported that 14 of its 17 online MBA faculty had tenure or tenure-track positions. In 2020, only 5 of 15 faculty members have such positions. Similarly, in 2017, Temple reported that all of its full-time and part-time faculty had a terminal degree in their field. This year, 87 percent of full-time faculty have a terminal degree, while just 40 percent of part-time faculty do, according to Temple’s submissions. Finally, Temple reported that in both 2017 and 2018, its online MBA faculty were required to complete 40 hours of mandatory training before teaching an online course. In 2020, Temple said the required training was six hours.

It’s unclear whether these are additional instances of misreporting to U.S. News, or if Temple’s faculty composition and training requirements have changed over the past three years.

For the former students who graduated with a Temple online MBA degree thinking they had attended the top program in the country, Temple’s new ranking of 88th place creates something of a dilemma. Ara Sardarbegians, a 27-year-old former student who was part of a class-action suit against the Fox School in the aftermath of the rankings scandal, feels as though his degree has been cheapened. That number-one ranking was “one of the main drivers” behind his applying to the program in 2015. “I feel like I was bamboozled,” he says.

And yet it’s also true that Sardarbegians, who paid for most of his $60,000 annual tuition out of pocket and received just $5,000 in the class-action settlement, would likely stand to benefit — especially in a business world that still tends to value college rankings — if Temple recaptured a high spot on the U.S. News list. So is he pulling for Fox to make a comeback? “I’m still pretty jaded about the whole situation,” he says. “It would be nice to see them redeem themselves, but right now I don’t think they deserve to be much higher.” He’s taking a wait-and-see approach.

The scandal has had ripple effects beyond the online MBA program. In 2018, the university fired Fox School dean Moshe Porat (who has denied all wrongdoing) and decided not to submit any Fox School data to U.S. News for the 2019 rankings until it could get its house in order. In an effort to create more checks and balances, the school has created a new department dedicated to ensuring accurate data submissions. Temple also recently settled an investigation that the state Attorney General’s office was pursuing. As part of that agreement, the university agreed to fund a $25,000 scholarship to the Fox School for the next 10 years.

But public pronouncements are one thing; the actual work of restoring a tarnished reputation is another. For Sardarbegians, it’s too soon to trust his alma mater, in part because the Fox School is still, whether he likes it or not, attached to him. “I recommended them to people,” he says. “And now I feel like an idiot.”