Don’t Panic, Regional Rail Riders: The Next SEPTA Key Rollout Step Is Only a Drill

SEPTA is giving you a full three months to master two simple steps: tapping in your Key card before boarding and tapping out at your destination. 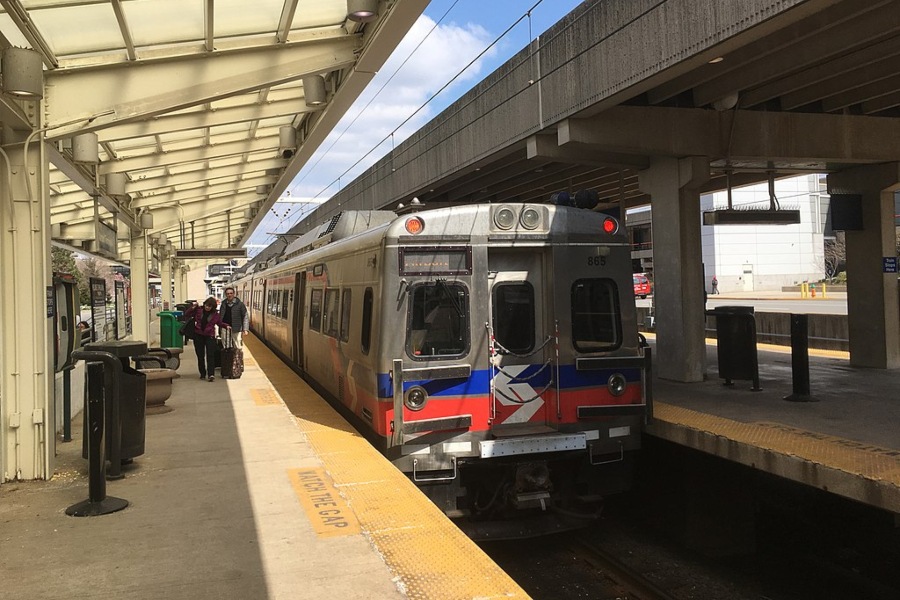 They say you can’t teach an old dog new tricks. We’re about to find out if the old aphorism holds true when it comes to SEPTA riders. Because when SEPTA finally activates its Key technology across the entire Regional Rail system (expected in April!), there’s going to be an earth-shattering change.

In fact the change is so complicated, so totally foreign, that SEPTA has already started distributing handy little guides to riders in Jefferson Station to explain how it works. Let’s try our best to describe it:

Phew. Gives us a headache just thinking about. 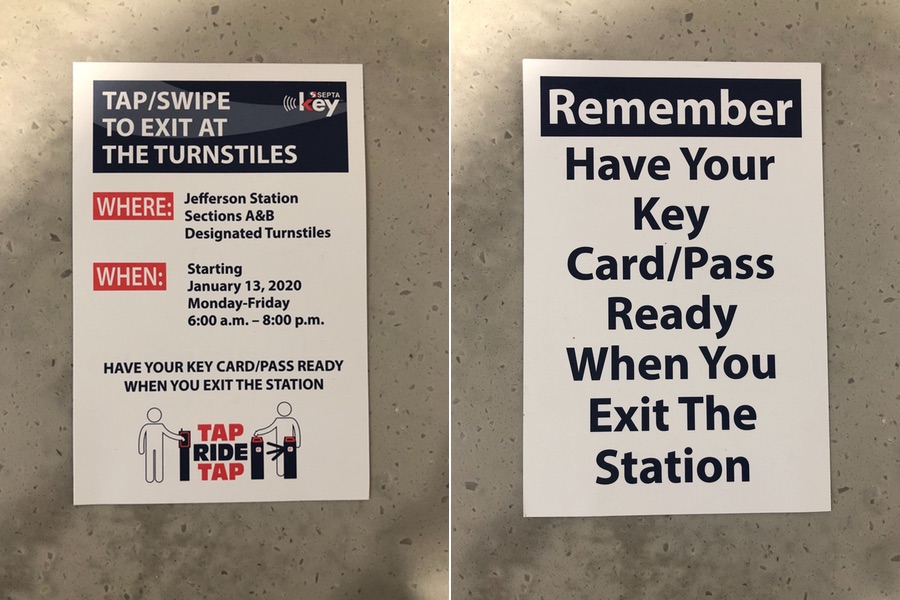 If you forget the two-step process of “tap in, tap out,” SEPTA has a reminder in paper form for you.

Look, we don’t mean to be overly flippant here. (Okay, maybe we do.) But the truth is, this is a big change for those SEPTA riders — that is to say: all of us — who grew up in the age of paper tickets and metal tokens. Fortunately, SEPTA is giving us all three whole months to prepare. (That’s about how long it takes to potty train a child.)

By the time our re-education process has concluded, it’ll be worth it. Almost every other regional train system on earth requires people to scan their tickets upon entering and exiting a station — aka “tap in, tap out.” It frees up time for train conductors to do whatever it is that train conductors do other than scanning tickets. And if you’re a train-dozer, now you’ll be able to sleep in peace. Remember — you already scanned your ticket!

So how exactly is this process going to roll out?

For now, you don’t have to worry about anything. If you commute into Jefferson Station, a small subset of turnstiles will be locked starting on January 13th. To exit from those, you’ll have tap out. If you think you’re too good for practice, well, lucky you: There will be other unlocked exits. “We’re not locking down the station like we’ll eventually be doing,” says SEPTA spokesperson Andrew Busch. “The idea is just to reinforce this for people who may not be familiar that this change is coming up.”

Busch says other Center City stations will start locking some of their turnstiles in the coming months, but for now this is limited to Jefferson. Worth noting, though, that there’s nothing stopping you from “fake” tapping out at, say, Suburban Station. The turnstiles are there; they’re just unlocked. But it’s never too early to start building up your muscle memory!

Meanwhile, in the suburbs — where there aren’t any turnstiles at all — SEPTA employees are passing out literature explaining that all riders should tap or swipe their tickets on the stand-up validators. Busch says that the full rollout of the tap-in and tap-out technology will coincide with when Travel Wallet functionality is added to Regional Rail. That’s also expected to happen in April.

What happens if I forget to tap in or tap out?

That depends whether you have a monthly TransPass or a Travel Wallet. For monthly users, SEPTA’s fare system will keep track of your trips and know how many taps you should have performed. If you occasionally miss one, the system is forgiving enough to let you through the turnstile. If you’re constantly forgetting to tap, though, you could eventually be charged a small fine — probably around $4, Busch says. And, once SEPTA begins locking all of its Center City turnstiles, you won’t be able to exit the station, at least temporarily, if you’re a repeat offender. (How’s that for a deterrent?)

If you’re a Travel Wallet user, the stakes are even higher. If you fail to tap in or tap out, the system won’t know how far you actually travelled, and you’ll automatically be charged the most expensive SEPTA fare (equivalent to a trip from Zone 4 to Center City), which on a weekday would equal $6.75.

How does this work in the suburbs?

Busch emphasizes that about 95 percent of Regional Rail customers commute either to or from Center City, which means the vast majority of traffic will encounter a turnstile at some point. Still, a person could hypothetically take a trip between two suburban Regional Rail stations and not encounter a single turnstile. So what happens then?

Well, you’ll still be expected to tap in or out. And if you’re a Travel Wallet who forgets to tap out, you’ll be charged that full Zone-4-to-Center-City fare, no matter how far you travelled.

Having no turnstiles could open up the door to fare evaders. And once the full tap rollout takes place, conductors won’t be checking every ticket on Regional Rail trains, as they do now. But Busch says SEPTA isn’t especially concerned, in part because conductors will still perform randomized ticket checks. “Conductors are good at being able to evaluate what’s going on on their train,” says Busch. “I don’t think we’re in a situation where we’re going to see more [fare evasion].”

He’s probably right. The much bigger challenge for SEPTA is getting a bunch of stuck-in-their-transit-ways Philadelphians to learn how to adopt modern technology. Godspeed.