Shocker, right? But even some neutral parties in the legal profession feel jury verdicts have started to veer off the rails. 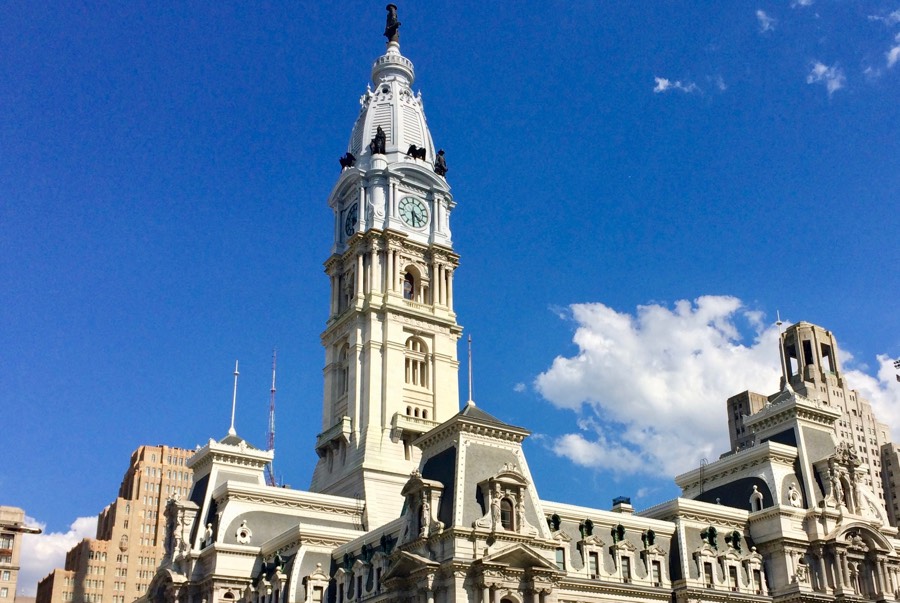 A Philadelphia court ruled Johnson & Johnson must pay $8 billion in punitive damages to one man. Photo by Marina Imasheva/iStock.

The Philadelphia Court of Common Pleas has long had a reputation for being a great place to bring a lawsuit. In the past, Philly juries have doled out damages with as many zeros as a line of computer code — $33 million in a 2019 product liability case about a defective blood filter, $78 million in a 2012 medical malpractice case, $120 million in a pelvic mesh case.

But those verdicts seem quaint compared to the tab served to Johnson & Johnson in October, when a Philly jury ruled that J&J subsidiary Janssen Pharmaceuticals was liable for $8 billion of punitive damages for improper marketing of its antipsychotic drug Risperdal.

Those punitive damages — awarded to a single person, 26-year-old Maryland resident Nicholas Murray — came after Janssen was already held liable for $680,000 of compensatory damages in 2016. Murray’s suit alleged that he developed breasts after taking the drug as a nine-year-old. His claim is far from a one-off: There are more than 7,000 other Risperdal cases pending right now before the Philadelphia Common Pleas Court alone. (Johnson & Johnson has denied wrongdoing in all of the cases.)

To some observers, the $8 billion verdict is a sign of a smoothly running legal machine, one that holds corporations accountable for their misdeeds. To others, the verdict looks more like a payout from a Vegas slot machine — utterly random and disproportionate. The American Tort Reform Association, a lobbying organization whose members have included the likes of Exxon Mobil, Koch Industries and, yes, Johnson & Johnson, counts itself among the latter group. Each year, ATRA ranks what it sees as the worst civil courts in the country — or what others might see as the courts that impose the highest verdicts on ATRA members. Last week, ATRA published the 2020 list of those so-called “judicial hellholes.” In first place? Philly’s Court of Common Pleas — largely due to that big Risperdal verdict.

In attacking Philly’s allegedly profligate Common Pleas Court, ATRA paints an image of out-of-state plaintiffs scrambling to find any way into a Philly courtroom — a practice known as “forum shopping” — so that they can face a generous jury. In some ways, the picture is accurate. A few lawyers shook their heads earlier this year when a local plaintiff’s attorney filed a civil suit in Philly court seeking damages over the Grenfell Tower apartment fire, which took place … in London.

As evidence, ATRA cites in its hellhole report the fact that 86 percent of all new pharmaceutical suits in Philly are brought by out-of-state plaintiffs. But what ATRA doesn’t advertise quite so loudly is that Philly could just be getting lots of out-of-state pharma suits for a simple reason: lots of pharma companies, including Janssen, are incorporated in Pennsylvania. The Supreme Court has maintained that plaintiffs can sue companies in their primary place of business — which is to say, where they’re legally incorporated. “J&J doesn’t have a basis to fight [the forum], because it was properly venued in Philadelphia,” says Thomas Kline, the plaintiff’s attorney who secured the $8 billion Risperdal verdict.

Kline, for his part, says ATRA is nothing more than a corporate shill group. “ATRA is J&J,” he says. “The designation of ‘hellhole’ is an attempt to interfere with the administration of justice and attempt to cower courts into their viewpoint.”

So the battle lines are clearly drawn. In 2016, ATRA listed Johnson & Johnson as one of its members. Of course the group opposes the multimillion- (or billion-) dollar verdicts landing before its members. Meanwhile, most plaintiff’s attorneys seem unwilling to critique any aspect of the system that is handing them these very same large verdicts.

But there are some in the legal profession who feel jury verdicts have started to veer off the rails. Legal scholars Anthony Franze and Sheila Scheuerman once wrote a 100-page treatise in the Journal of Constitutional Law about the pitfalls of runaway jury verdicts. There, they argued that juries are under-informed about how to decide punitive damages, leading them to dole out wildly excessive verdicts that inevitably get reduced by appellate courts down the line. (Worth noting: Johnson & Johnson has appealed its own $8 billion verdict.)

Kline says that’s how everything is supposed to play out: “There is a system in place where jury verdicts are reviewed in systematic and dispassionate fashion by the appellate courts.” But Franze and Scheuerman point out that maybe that system isn’t so good in the first place. “Relying on post-verdict review as a ‘check’ on arbitrary awards is both strikingly inefficient and undermines the jury’s role in the process,” they wrote.

Kline’s problem is less with that particular argument, and more with who’s making it. Specifically: ATRA. “They do it every year,” he says of the hellhole list. “It’s an affront to the courts, it’s an affront to the jurors who sit on these cases and are nothing but impartial and independent.”

ATRA’s “hellhole” appellation does veer toward the sensational. And hanging Philly’s ranking on the Risperdal case, which actually seems to belong in Pennsylvania courts, is misguided.

But it’s not as if ATRA couldn’t make some other arguments — like, for instance, the fact that Philly juries, in medical malpractice cases, rule in favor of plaintiffs 37 percent of the time, compared to 20 percent elsewhere in the state. And while ATRA cited a $2 billion ruling against Bayer for its weed-killer Roundup that was cut to $86 million in July, the group could have made a more compelling point about how often verdicts are reduced on appeal. A study of jury verdicts in California and New York from 2001 to 2004, for instance, found that of the verdicts to reach an appellate court, 69 percent were reduced and 20 percent were eliminated completely.

ATRA may be an imperfect vessel for the message. But the group is at least onto something: lawyers seem to think that Philly juries are likely to serve them affirmative, and very large, verdicts. The jury certainly did so in the Risperdal case. But no one involved in that case should start banking on anything just yet. The appellate court has yet to make a final decision.