The Trailer for Jason Segel’s Philly-Shot Show Is Here

There’s Jason Segel in Rittenhouse Square, Andre 3000 at the Continental and Sally Field at the Free Library. What other Philly locales can you help us identify? 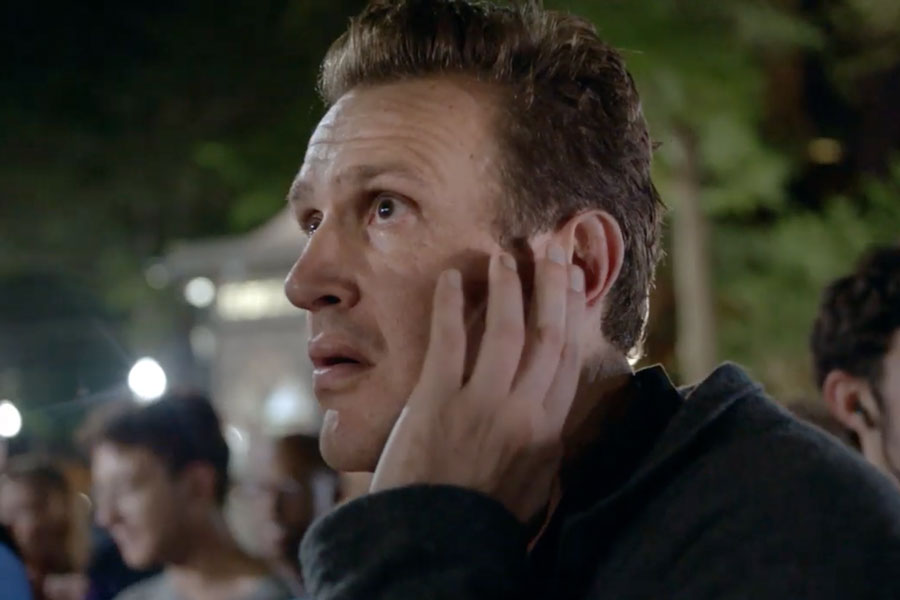 Jason Segel in Rittenhouse Square, as seen in the just-released “Dispatches from Elsewhere” trailer for his upcoming series on AMC.

It was exactly a week ago when we told you it was time to say goodbye to Jason Segel, because production on his Philly-shot AMC show Dispatches from Elsewhere had wrapped. We didn’t think we’d be writing any more stories about him for a while. But then … AMC just went and released a pretty amazing trailer for the show, which is due out next year.

We have to say, this was not at all what we were expecting of this series. Segel wrote and stars in the show, and he is, arguably, best known for the rom-com Forgetting Sarah Marshall. And AMC has been describing Dispatches from Elsewhere as centering on “a group of ordinary people who stumble onto a puzzle hiding just behind the veil of everyday life.” Pretty nondescript. Could be anything.

But one look at the Dispatches from Elsewhere trailer, and it’s clear that this show is gonna be pretty weird. It has a dark side to it. No, it’s not on the Black Mirror level of television programming, but it’s definitely on the opposite end of the spectrum from the rom-com world. But that’s okay, because Philly needs a rom-com series about as much as we need another Rocky movie. (Oops, did we just say that?)

Our biggest takeaway from the trailer, though, is that Philly looks absolutely awesome in it, and we immediately recognized more than a few of the filming locations.

First, take a look at the Dispatches from Elsewhere trailer as released by AMC on Sunday night:

And now, check out our annotated version below, in which we’ve identified some of the filming locations. (We also slowed it down to half-speed, to give you more time to study each scene.) There’s Segel at what looks like a big party in Rittenhouse Square. Andre 3000 is hanging out at the Continental in Old City. And the peerless Sally Field turns up — where else? — in the microfiche section of the Free Library of Philadelphia. Love it!