The WXPN mainstay and hobby meteorologist prepares for his annual 24-hour holiday marathon and offers his winter predictions. 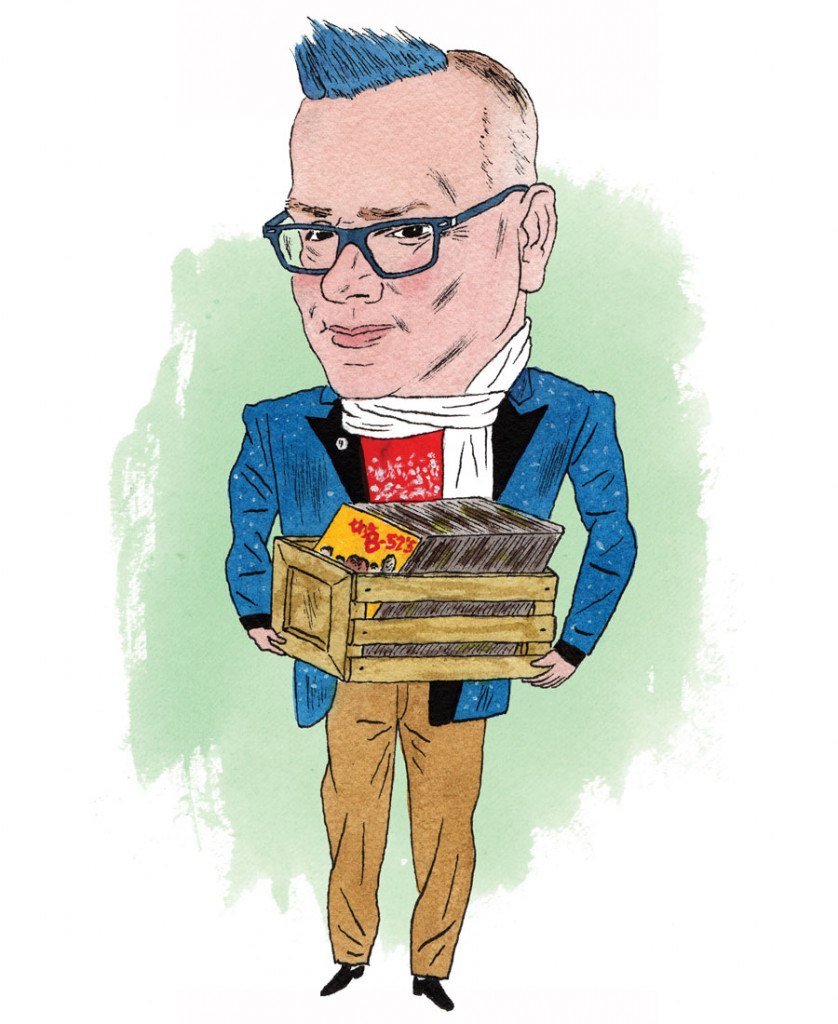 My full name is … Robert Alan Drake. I’d like to think my initials — RAD — represent me in the ’80s.

I grew up in … Northeast Philly, I went to George Washington High School, and now I live in Pennsport. It’s Mummerville, which is good, because I love the Mummers.

My favorite thing about South Philly is … the diversity.

When I was a kid, people called me … Bobby. It stuck until 1990, when I decided to kill off Bobby and give birth to Robert. My mom still calls me Bobby, and then she promptly apologizes. I tell her, “Mom, you can call me whatever you want.”

My last trip overseas was to … Paris, with my partner, John. We just came back. We got engaged there. That was actually the only time I’d been out of the country other than a 2010 trip to the Caribbean.

I came out to my family … in high school. It was accepted. There was no drama. I was very comfortable in my own skin.

My favorite celebrity encounter has been … Bea Arthur at a PETA Rock Against Fur benefit concert in the ’80s at the Palladium nightclub. This was the height of Golden Girls. I was in line behind her at the buffet, and we got to talking. There were all these bowls of different-colored vegetable slop, and we’re scooping it up and she says to me, “I’m all for animal rights, but I’d die for some chicken right now.”

One game you cannot beat me at is … charades.

I buy most of my clothes at … Target, on Passyunk Avenue, and at Philly AIDS Thrift.

My junk-food obsession is … Herr’s potato chips. I’m into the plain ones with the ridges.

The first album I bought with my own money was … Aladdin Sane by David Bowie.

The last time I voted Republican was … Sam Katz, when he ran against John Street.

As a hobby meteorologist, my prediction for the winter is … that it will be cold and that it will end in March. Those long-range weather predictions are just silly.

My next big project is … my 27th annual Night Before show on WXPN — 24 hours of nonstop holiday music on December 24th. After that, Philly Loves Bowie Week.

The worst holiday song ever is … “Jingle Bells” by the Singing Dogs. I’m not sure who thought having dogs bark “Jingle Bells” was a good idea. I will never play it on the radio.

If I could have dinner with any U.S. president, living or dead, it would be … Jimmy Carter. I respect his values, and I think he’d have a lot to say. I’d love to listen to his stories.

One thing about Philly that drives me frigging insane is … the negativity of some Philadelphians.

My workout routine is … walking two to four miles each day, and Indego biking. I’ve lost about 90 pounds and have gone from a 44 to a 36/38 waist.

One Philly dance club I wish we could bring back is … the old DCA, where Voyeur is now. The basement was a lesbian bar, the main floor was a huge dance club, and the top floor was a leather bar with the cab of an 18-wheeler in it. A different time, I suppose.

Published as “One of Us: Robert Drake” in the December 2019 issue of Philadelphia magazine.