She’s calm and offers a “low confidence” prediction for a not particularly dire winter. He’s jumping around the screen and suggests we may get annihilated by snow. 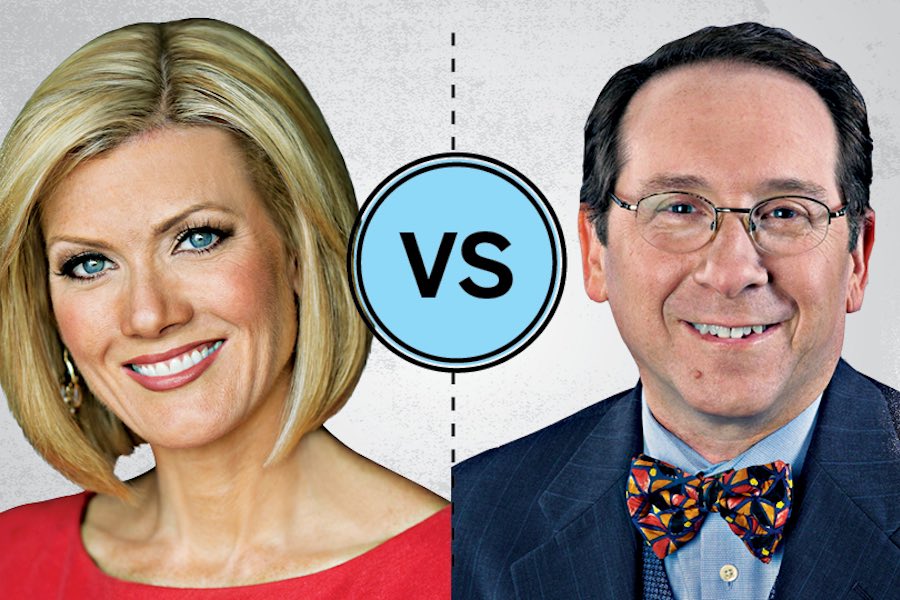 It’s November, which means one thing and one thing only: Cecily Tynan of 6ABC and Glenn “Hurricane” Schwartz over at NBC10 have released their annual long-range winter forecasts for Philadelphia.

Yes, you’re correct: Winter hasn’t even started yet. It’s still a month away.

You’d also be right to observe that meteorologists have a hard enough time telling us in any credible fashion what the weather will be a week from now, let alone what it will be three months in the future. And yet, here we are.

Tynan actually released her Philly winter forecast a week ago, while Schwartz just came through with his on Thursday.

They are very different from one other, and not just in their predictions themselves.

I’m not sure what is going on with Schwartz. He’s normally reserved and very science-y, not one to easily succumb to the buffoonery of local TV news. But his Thursday broadcast was downright bizarre, and, frankly, kind of embarrassing to watch. He clones himself. He eats alphabet soup and finds weather-related acronyms in the bowl.

The most interesting point of Schwartz’s forecast involves his analysis of solar activity cycles.

Our snowiest winter ever? (That would be the winter of 2009–2010.) Yep. Low point of the solar activity cycle. The epic blizzard of 1996? That also took place during the low point in the cycle. Meaning, we could be in for one helluva winter, and Schwartz is calling for as much as 35 inches of snow.

As for Tynan, her long-range winter forecast for Philadelphia starts out rather dramatically. Accompanied by lots of video of crazy weather, Tynan notes that “this winter comes on the heels of one of our most active severe weather seasons on record,” with a drastic increase in tornadic activity for both New Jersey and Pennsylvania.

So that must mean that we’re in for a severe winter, right? Well, not so much, says Tynan, who then goes on to say that there is “very limited correlation between severe weather season and the winter that follows.” Phew!

After going through an explanation and analysis of things like the ENSO signal and water temperature anomalies, Tynan gets down to the truth of the matter and actually has a Magic 8-Ball visual pop up on the screen, nodding to the uncertainty of all of this.

Tynan then calls into question the validity of anything that she’s said or is about to say. “Honestly, this is a low confidence forecast,” Tynan says, and I, for one, really appreciate the candor. She then goes on to say that Philly could get anywhere from 18 to 24 inches … the key word being could.

So Schwartz is calling for significantly above-average snowfall and the possibility of a particularly brutal winter, assuming those solar cycles prove to me useful as a predictive tool, and Tynan is basically saying, Well, we might get a decent amount of snow, but who can really say?

It may be worth noting that we previously did a not-particularly-scientific study of the Tynan and Schwartz predictions versus what actually wound up happening in terms of snowfall over the course of three winters, and Tynan edged out Schwartz in terms of her accuracy.

As for my predictions for the winter of 2019–2020 in Philadelphia, I’m calling for people to freak out when the school district calls for a snow day when there’s not a flake falling from the sky, lots of Facebook photos of empty bread shelves at the Acme, and my neighbor shoveling only half of our tiny shared walkway even though we always take care of her side when we get to the shoveling first.