Why Do You People Hate Meteorologists So Much? 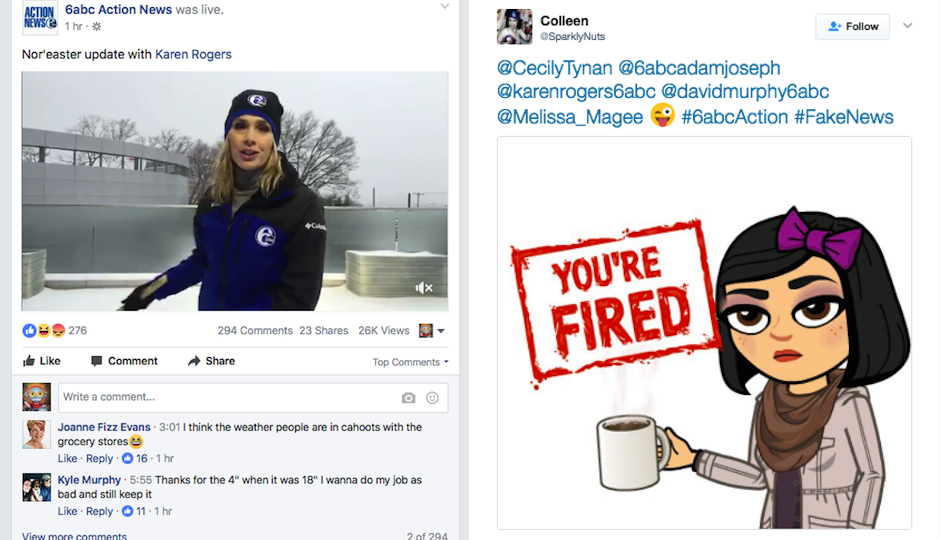 As Stella makes its way out of the Philadelphia area, a lot of people are pissed. Pissed that they’re stuck in the house with their kids, who should be in school. Pissed that they spent two hours in the Acme yesterday. Pissed that their flights were cancelled. And who are they blaming? Our meteorologists.

Every time there is a snowstorm in Philadelphia, we become whiny little brats.

If the meteorologists call for a bunch of snow and we don’t get much, they’re idiots. Who can forget all of the turmoil after Philly kids had off school in February only to have most of the region get barely a dusting?

If the meteorologists say we’re just going to get an inch or two and we get hammered, they’re buffoons. They’re negligent. They should be fired!

It used to be that Philly meteorologists hyped the hell out of snow. A mere chance of a few inches, and the local weather teams would go nuts, airing reports that would scare you into buying five gallons of milk.

But in more recent years, they’ve calmed down quite a bit. Oh, don’t get me wrong — if it’s Sunday and we’re about to get walloped on Monday, it’s still full-team coverage. But even then, it seems that the TV meteorologists themselves go to great lengths to not overdo it.

“If you are going to point a finger at someone, it shouldn’t be at the meteorologists,” says amateur weather forecaster and WXPN producer Robert Drake, who spends his free time looking at weather charts and models and observing local TV coverage of major weather events. “If you look at what the meteorologists are actually saying, they’re very careful in the way they deliver the information. The real problem is that the news producers are blowing it out of proportion. It’s a ratings bonanza for them, and so they overhype it.” 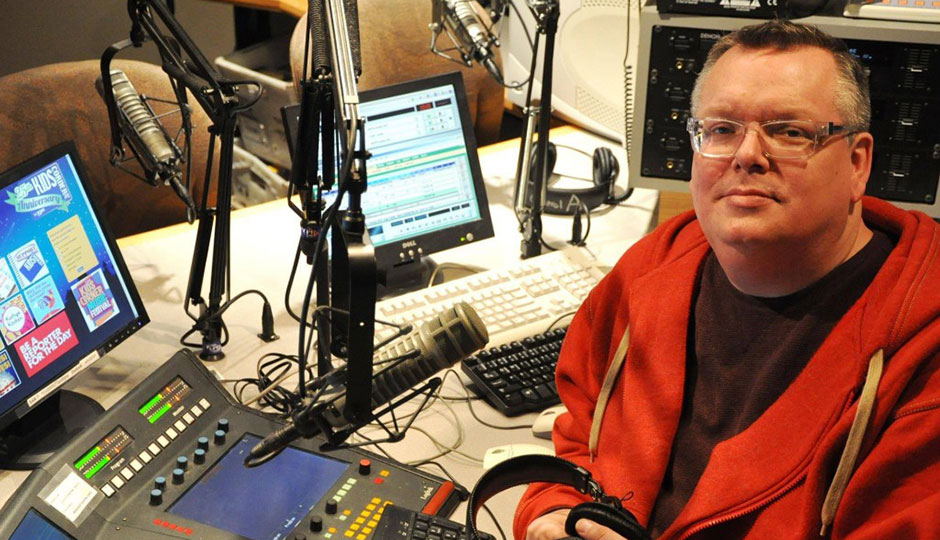 What Drake is referring to is where the weather reports are positioned during nightly news segments, the graphics that are used, the B-roll footage of overstocked grocery stores and people going to Home Depot to buy shovels, the way that the station handles the weather programming in teasers, and the language used during lead-ins from the news anchors. In other words, the meteorologists can be as reserved and dignified as possible about impending snow, but the stations will still sell (and oversell) the hell out of it.

In the case of Stella, Philly meteorologists were basically all saying the same thing until late in the day on Monday, when the storm was already bearing down on us. They all called for a storm that would consist of snow, sleet and rain, and predictions hovered around 8 to 12 inches for total snowfall in the city. And they all made it perfectly clear that the big variable in all this was the snow-sleet line.

Well, the storm shifted, as storms are apt to do, but we still got snow, rain and sleet, and some towns pretty close to us have a lot of snow on the ground right now.

“I tried to be very clear in my forecast that the track mattered,” says 6 ABC meteorologist Cecily Tynan, who points out that she actually hasn’t had too much backlash on Tuesday. (People like her.) “And, if it shifted more west, it would pull in a lot of warm air off the Atlantic — ocean temperature is in the low 40s, this is March, after all — and that would bring the sleet/rain line farther west. Heavy snow northwest, heavy rain southeast, Philadelphia stuck in the middle with a mix.”

And that’s exactly what happened.

“Nobody can ever predict exactly what is going to happen with a storm,” adds Drake. “Meteorologists are the scapegoats, and I think they take the criticism with a grain of salt. They’re like sports players. You can hate me. It’s just part of the job.”

And, in the case of Philly TV meteorologists, it’s a very well-paying job, with some of their salaries reportedly pushing into the upper end of six digits. (Philly Mag estimated Tynan’s salary at $625,000 back in 2007, based on information contained in court documents.) Some would argue that this is a lot of money to pay someone who is wrong a fair amount of the time.

“It’s just the life that you choose when you become a meteorologist,” says former Philly TV meteorologist John Bolaris. “You drop a pass in the end zone, you get booed.”

Bolaris is no stranger to criticism over blown calls. In February 2001, he infamously dubbed a coming storm “The Storm of the Century,” leading to a basic shutdown of the city. We got a dusting. And what did Bolaris get? Death threats. He was run out of town and took a job in New York.

But more than 15 years later, he claims he wouldn’t have done anything differently.

“In my heart and mind, I knew I gave it 100 percent effort,” says Bolaris. “And it deeply bothers me that I let people down. The comments are a release of frustration, and deservingly so. I would boo myself.”