Here’s What You Missed at ThinkFest 2019

The main issue Philly must solve to become the greatest city in America in the next 20 years, according to our speakers and panelists? Inequality. 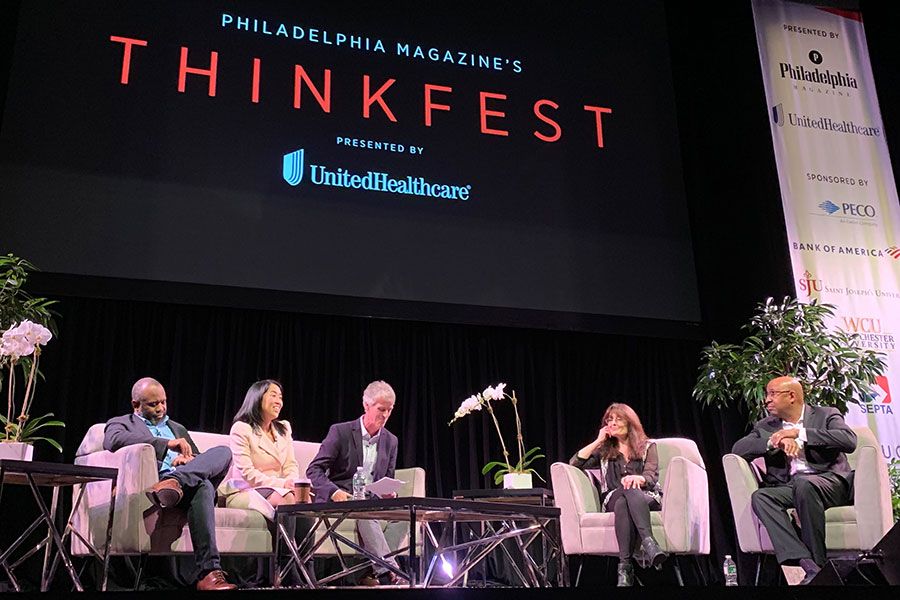 This year’s ThinkFest certainly gave us lots to think about. Over the course of the afternoon at Penn’s Annenberg School on Thursday, some of the biggest innovators and thinkers Philly has to offer indulged in a little game of make-believe with this premise: The year is 2039, and Philly is now indisputably the greatest city in the U.S.

So how did we get there?

The panelists covered a range of topics — from mitigating climate change to reducing poverty to disrupting the political status quo. That’s a diverse range of goals that will require a litany of policy measures to accomplish.

But if you were listening closely, you’d have noticed something else, too: That if anything is going to change for Philly by 2039, the city is going to need to solve pervasive inequality. And that task starts now.

Multiple speakers described how inequality touches virtually everything in the city. City sustainability office director Christine Knapp explained how lower-income Philly neighborhoods can be up to 20 degrees hotter than more affluent parts of town. “Climate change is the work of equity, and we can’t unlink them,” she said.

Philly United Way CEO Bill Golderer shared the not-cited-enough statistic that black-owned businesses comprise just 2 percent of all businesses citywide, despite black residents making up 43 percent of Philly’s population. And during the day’s final panel, entrepreneur Tayyib Smith emphasized that the challenge of solving “inequality by ZIP code” is one that no municipality across the country has actually yet to accomplish.

Those realities of 2019 in some ways blunt the optimistic notion that Philadelphia can in fact become the best city in the U.S. in just 20 years. But there was at least one reason to remain hopeful: Philly’s civic unity.

Sometimes, as former Eagles linebacker Seth Joyner noted, that unity manifests in sports. “Sports has ability to draw us together in such a way that not a lot besides tragedy really does,” he said. Sometimes it’s the collective knowledge and pride in the city’s increasingly diverse and innovative food scene.

What that shows, above all, is that Philadelphia’s institutions — the same ones that have led us to our present situation in which the Philly has the highest poverty rate of any of the country’s ten largest cities — can be challenged, and changed. The first step in solving climate change, eliminating poverty, and ethically developing new neighborhoods is to understand that these are issues that must be solved. The second is to attack those challenges without complacency.

City Councilmember Helen Gym thought up a pretty good citywide philosophy that might guide us along the way to the real 2039. “We are the original rebels and revolutionaries,” she said, “and we should take on that spirit.”