Isaiah Thomas and Jamie Gauthier, neither of whom received an endorsement from Warren in their own races, join Mayor Kenney and DA Larry Krasner in supporting the Massachusetts senator. 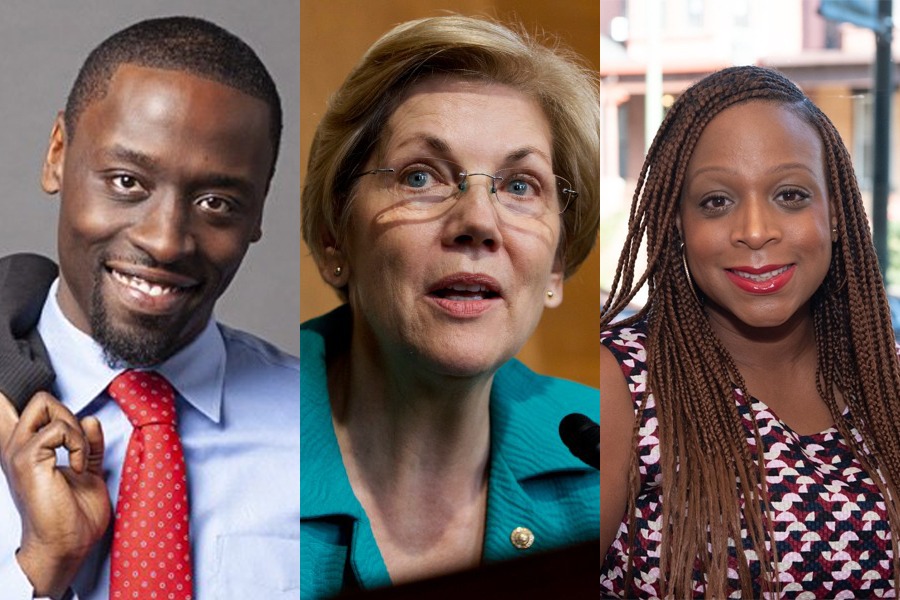 On the heels of their election victories, City Councilmembers-Elect Isaiah Thomas and Jamie Gauthier announced on Monday that they are officially endorsing Massachusetts Sen. Elizabeth Warren for president.

“Of the candidates running for president, I believe Warren best shares the vision and values of our city,” Thomas, who won an at-large Council seat last week, told Philly Mag. “Throughout my candidacy, I was clear about the priorities I hold most dear: to passionately advocate for countless families stuck in the cycle of poverty, in particular people of color who tirelessly fight to provide a better future for their children. With the perilous state of our school district, increases in poverty and violence, and disturbing disparities in economic growth, I must stand behind a candidate whose priorities address just that.”

“Making a choice in this crowded presidential primary has not been difficult for me,” Gauthier, the incoming member for the 3rd District, told Philly Mag. “Elizabeth Warren easily stands out to me as the best candidate for our country, the person whose presidency will most help working-class and poor Philadelphians to reach the middle class, and as the candidate most able to stand up to and defeat Donald J. Trump.”

These endorsements follow announcements last month from Mayor Jim Kenney and DA Larry Krasner that they were giving Warren their blessing. Kenney became the first major-city mayor to throw his support behind her, while Krasner’s backing also helped signal another progressive divide among Democrat Party leaders. Former Pennsylvania governor Ed Rendell is behind former Vice President Joe Biden (and has publicly described Warren as being a “hypocrite“), as are Sen. Bob Casey and Philadelphia-area U.S. representatives Dwight Evans and Brendan Boyle .

Neither Thomas nor Gauthier received an endorsement from Warren during their own races. Incoming third-party City Council at-large member Kendra Brooks was endorsed by Warren before the November 5th election, but Brooks told Philly Mag at the time that she is not endorsing any presidential candidates. (A spokesperson for Brooks did not immediately returned a request for comment on whether Brooks’s stance had changed.)

Thomas and Gauthier said they both plan to campaign hard for Warren leading up to the Democratic primary in the spring, reaching out to black voters who are still not fully sold on her.

“Going forward, I look forward to helping voters in Philadelphia, particularly black voters, to get more familiar with Warren, her credentials, and her platform, through events and small gatherings, door-knocking, or wherever the opportunity presents itself,” Gauthier says. “I truly believe in the viability of Senator Warren as a candidate, and think she’d make an exceptional and effective president for our country.”