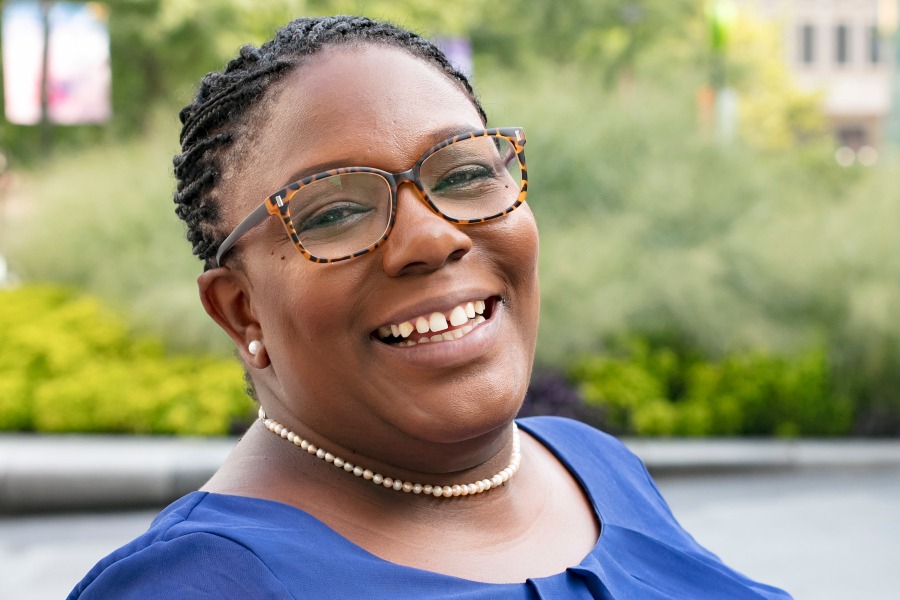 Democratic 2020 presidential candidate Elizabeth Warren flung a surprising twist in a local race this week by endorsing at-large City Council contender Kendra Brooks — who is, notably, not a Democrat.

Brooks, a public education advocate from Nicetown, is running for City Council under the progressive Working Families Party banner. She and her slate partner, Nicolas O’Rourke, are hoping to secure the two City Council at-large seats reserved for minority party members — which have gone to Republicans since the enactment of the city Charter.

The move comes as Warren, likely hoping to distinguish herself in the presidential race, endorsed several progressive candidates who are challenging conservative incumbent House Democrats, including immigration attorney Jessica Cisneros in southern Texas and marketing consultant Marie Newman in the Chicago area.

Here in Philly, Democratic City Council member Helen Gym endorsed Brooks last month — much to the dismay of Democratic City Committee chairman Bob Brady, who called the move “stupid” and said it would “hurt [Gym] in the long run,” according to the Inquirer. For Brooks and O’Rourke to win seats, Democrats would have to forgo the opportunity to vote for two candidates from their own party; voters are able to select up to five of seven at-large candidates.

There are about 8,500 more independent and third-party voters than Republicans in Philly (a trend city officials began noticing in 2017). Still, Brooks’s victory would be a long shot: Democrats outnumber both voter groups (Republicans and third party/independent voters) about eight to one. But that Brooks’s campaign is gaining steam — and attracting attention from a presidential candidate — is a notable departure from Philly politics as usual. We sat down with the City Council at-large candidate to speak about her efforts and the recent endorsement.

You just got endorsed by one of the top-polling 2020 presidential candidates, Elizabeth Warren. How does it feel?
It’s very encouraging and inspiring. Running this campaign has been something I never thought I wanted to do. But now I’m here, and getting recognized for the work that I’ve done is amazing — and to be recognized by a presidential candidate who shares many of the same values is awesome.

You met Warren briefly at the Netroots Nation convention in Philly in July. What was that like?
I had an opportunity to ask her a question in reference to education, funding and charter accountability, and we met behind stage, but it was very brief. It was more like simple greetings and photos, and I think she said, ‘Great question,’ or something like that. I really don’t know [how the endorsement came to be]. Maybe she remembered me. I don’t know — but I’m really excited.

Is the endorsement mutual?
I have not endorsed any presidential candidates, and I’m not [going to]. I’m focusing on my own candidacy.

What do you hope her endorsement in particular brings to your campaign?
I think, for me, the most important thing is for people to realize that this campaign that we’re running is really about getting the Republicans out [of office] and working families in. It’s nothing against two-party politics — it’s really about garnering excitement around this grassroots campaign to try to change the way Philly politics moves from here on out.

Why run as a Working Families candidate and not a Democrat? What does it mean to you?
For me, running as a Working Families Party candidate speaks to the work that I’ve been doing around funding for education, criminal justice reform and gun violence, making sure people have fair, living wages, and also housing and homelessness issues. It gives me an opportunity to bring exposure to those issues in a way that’s not so politicized. Everything on my platform, I have experienced first-hand. It’s not theory for me — it’s real-life experience connected to my family. So when I say I highlight issues in a given way, I don’t only talk about those issues but also share my experience in order to entice Democratic voters to come out [and vote]. Because the real goal is to get Republicans out of office, and the only way we can do that is to activate and engage folks who have been disenfranchised within our current political system.

In what ways is the city’s Democratic Party not tapping into that same voter base?
Well, for me, I live in the 13th District, 13th Ward. I live in a zip code which is disenfranchised by the criminal justice system, and we have one of the highest populations of foster children, and we feel like the people we vote for don’t care. When [politicians] make decisions based on assumptions about these communities instead of engaging the community through grassroots campaigns, they’re not going to get real results. [Our campaign places] an emphasis on door-knocking and talking to people about how the systems we pay into as taxpayers don’t work out for us, and that’s why some people don’t vote. We’re hoping our campaign will bring out those voters by having those conversations. My primary issues revolve around education and homelessness, and my running partner, Nicolas O’Rourke, is focused on reform grounded in criminal justice. Being a young man of color, he speaks to that issue, particularly with other young men of color who are disenfranchised and disengaged with politics.

For you and O’Rourke to win, Democrats would have to give up votes that could go toward their own party’s candidates. Why should they?
When you say giving up a vote, to me, it’s gaining more support. The Democrats won’t lose. We’re not going to take 100,000 votes to beat a Democrat. For me, the story is more about getting the Republicans out [of City Council]. We ask for you to vote for Working Families candidates and whichever Democrats you want to see in office. But [Democrats are] going to win, so I don’t see it as us taking votes from or jeopardizing the Democratic Party.

And what about the more than 117,000 people in Philly registered as Republicans?
This is a Democratic city. And my fight is to make sure that working families have a seat at the table, and we can move City Council in general to be more progressive toward the future of all Philadelphians.

Any specific policies you want to see enacted?
End the 10-year tax abatement. Enact rent control. End sheriff’s sales. Create a 10-year plan to clean up all schools in the district. Another thing is making sure we have libraries and recreation centers open seven days a week — especially in some of the poorest neighborhoods, we need to make sure we’re giving our kids the opportunities to learn and grow.