Why? Because all those beach and bay homes could be worthless in 30 years. 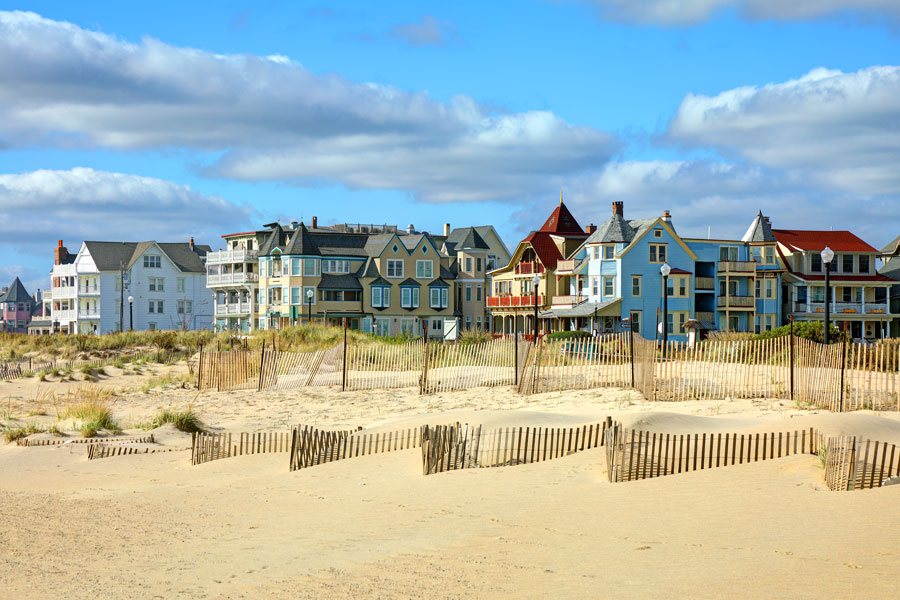 New Jersey shore flooding is only going to get worse. Photograph by DenisTangneyJr/Getty Images

Approximately no one wants to lose the Jersey Shore as we know it to climate change. But real talk: This is what we face. Think the situation at the coast is nerve-racking now? As of 2017, the record number of high-tide flood days in a year in Atlantic City was 22; in 2050, the town is projected to see between 65 and 155 days of high-tide flooding per year. The rising sea levels could leave more than 250,000 New Jersey homes at risk for chronic inundation — flooding that occurs 26 times or more a year — by the end of the century, according to a 2018 report from the Union of Concerned Scientists. (The Garden State is second only to Florida in vulnerable homes; Florida has more than a million.) Of Philly’s beloved beach towns, Ocean City is expected to take the hardest hit, with more than 7,200 homes in danger of chronic flooding by 2045.

It’s a lot to take in emotionally, but we aren’t only talking damage to our childhood memories. Climate analysts say towns could see sudden and drastic adjustments to the housing market or a more incremental decline in home values. And loss of housing and commercial properties means loss of property-tax revenue — New Jersey is expected to lose about $1.7 billion annually by 2100, which would be the third-biggest such blow in the country.

Yet despite all the red flags, development in flood-prone areas continues. Some 2,600 coastal New Jersey homes deemed at-risk by 2045 have been built or rebuilt since Superstorm Sandy ravaged the region in 2012.

If it hasn’t sunk in yet, here’s a PSA to Shore homeowners: It’s time to start preparing for the flooding now. You can begin by familiarizing yourself with projections. (The National Oceanic and Atmospheric Administration and FEMA’s flood insurance rate map are great places to start.) If your property faces moderate flooding risk, evaluate whether investing in short-term protective measures — like elevating your home, raising its electric components, installing sewer backflow valves, etc. — is a smart move. If you’re at risk of chronic inundation and lifting your home isn’t in the budget (it can cost up to $100,000), you might want to seriously consider selling: Should property values decrease suddenly, the fallout could affect banks, insurers, taxpayers, developers and more, potentially triggering a regional housing-market crisis.

Meanwhile, state and local officials need to adjust construction mandates to reflect future flood levels, not just current ones; to slow development; and to prepare for retreat from the most vulnerable floodplains (looking at you, Ocean City). “Building back stronger,” in the words of former governor Chris Christie, only increases the risk of future devastation from hurricanes, nor’easters and superstorms.

Government can and should bolster communities that face a low to moderate risk with dune rebuilding and beach replenishment — and in the wake of Sandy, the state, with help from the U.S. Army Corps of Engineers, has done just that in towns like Toms River and Seaside Heights. But even if leaders can’t make carbon pollution vanish from the atmosphere, they can stop rewarding risk now, before the costs and consequences become extreme.

Published as “Stop Building Shore Houses” in the “What Can a City Do About Climate Change?” article in the November 2019 issue of Philadelphia magazine.