Four takeaways from the report Florida published as the culmination of his yearlong Philadelphia Fellowship. 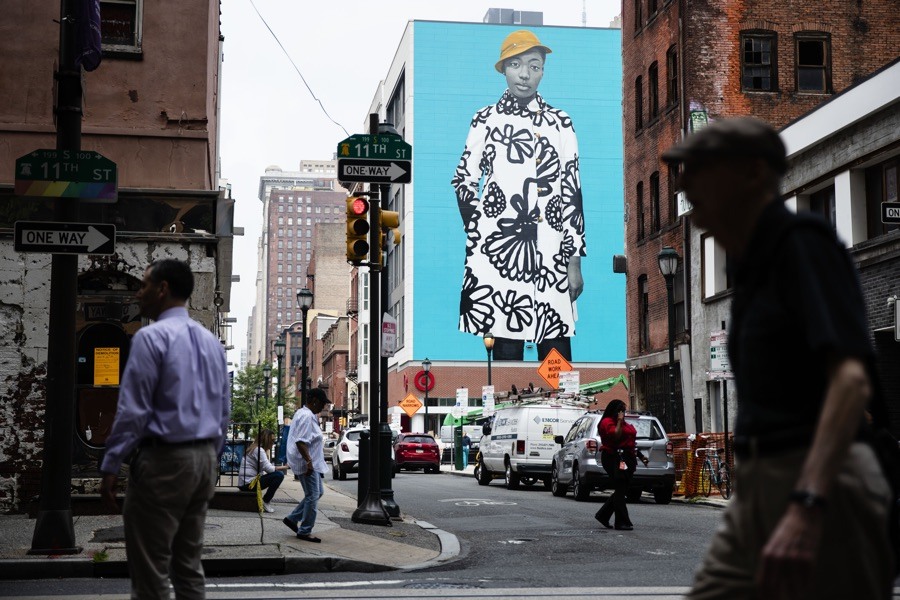 Richard Florida released his report on the state of Philadelphia on Thursday. Photo by Matt Rourke/AP.

Richard Florida, the renowned urbanist who’s spent the past year studying Philadelphia as part of a yearlong fellowship sponsored by Drexel, Jefferson, and the University City Science Center, released his culminating report on Philly and its “new urban crisis” on Thursday evening. For Florida, whom we recently profiled, the report and the entire philosophy underpinning it represent a chance at redemption.

See, Florida has been pilloried within his own field of late for having an elites-centric thought process that critics say helped propel rising income inequality and housing prices. And it turns out those are two of the same symptoms he’s now trying to cure in Philadelphia. Here are four takeaways from Florida’s 41-page report.

The central idea behind Florida’s “new urban crisis” philosophy is a simple but insightful one: Whereas the prior urban crisis of the 1960s and 1970s was the product of people leaving the city for more desirable suburbs, the new urban crisis is a consequence of cities’ newfound success. Highly skilled workers now want to live in the urban center, but this shifting of wealth and people back into cities has been patchy — and those less affluent individuals who had no choice but to stick around in the city during the last urban crisis aren’t seeing many benefits.

Florida’s report is most useful as a synthesis of the many studies that have been done about Philly, helping to shade in some demographic truths about the city. Florida notes there are some positive signs. From 2006 to 2012, Philly had a higher percentage of new millennial residents than anywhere else in the country (though that influx has tapered off significantly in recent years). And the region is in the top 25 worldwide when it comes to venture capital investment in startups. But there are other, more troubling indices. As Florida ominously writes, “Philadelphia’s new urban crisis is not as extreme as that of New York or San Francisco or L.A. — not yet.”

Income Inequality Is the Common Thread Throughout Philly’s Problems

That statement shouldn’t come as a huge surprise. Philly has the 16th-highest level of income inequality of America’s 50 largest cities. The 26 percent poverty rate is the highest of the country’s ten biggest municipalities. Wealth is mostly concentrated in greater Center City and parts of Northwest Philly. Meanwhile, many neighborhoods outside these bubbles of affluence have median household incomes below $25,ooo.

Similarly, the change in median income in Philly between 2011 and 2016 has remained concentrated: Center City and the Northwest experienced the most growth in income. Parts of North Philly, like Nicetown, saw a decline in income over the five-year period. Citywide median income grew just 0.9 percent — a tenth the rate of cities like Austin and Seattle.

The geography of income is mirrored by that of employment. Philadelphia’s “creative class,” concentrated in Center City, University City, and the Northwest, grew 14.1 percent from 2011 to 2016. Workers in the poorest parts of the city are mostly employed in the service sector, where they earn a median pay of $26,195 — half that of the creative class. (Forty-nine percent of the city’s total population works in the service industry.) These dynamics affect housing, too: The same swaths of North and Southwest Philly dominated by service workers are where residents are “severely cost-burdened,” spending 35 percent of their income on housing.

In our profile of him, Florida said he was going to be “tough on anchor institutions” like Penn and Drexel in his report. But the reality is that what he ended up writing is mostly laudatory. Florida gives well-deserved credit to institutions like the University City Science Center for its efforts to provide job training for people of color, and he cites Penn and Drexel’s efforts to create the University City District as a boon to the neighborhood.

But when it comes to gentrification, the one area where big institutions are routinely criticized, Florida gives them a pass. Florida suggests that Penn’s development efforts in West Philly “improved the neighborhood without gentrifying it.” And he mentions a recent report from the Federal Reserve of Philadelphia that concluded only 10 percent of renters in low-income neighborhoods actually moved due to gentrification.

Granted, there’s an increasing body of scholarly literature that suggests gentrification displaces fewer people than the conventional narrative might lead you to believe. (There’s other research, too, that suggests significant displacement is occurring, particularly among non-white populations.) But while Florida praises anchor institutions’ non-gentrifying efforts, he does little to square that conclusion with the fact, cited earlier in his report, that Philadelphia remains a highly segregated city along racial and class lines — often in the areas surrounding these very same anchor institutions.

Long on Causes, Shorter on Solutions

Florida does good work laying out the characteristics of Philly’s new urban crisis, but his proposed solutions are less meaty. Aside from suggesting the state and other stakeholders pay a higher wage to service workers and that the city liberalize its zoning code to promote more affordable housing, Florida mostly recommends that anchor institutions continue and expand the initiatives they’ve already got going.

But that raises a question: If, in Florida’s framework, Philadelphia is on the brink of a true crisis, then is it enough to continue what we’re already doing? Most crises aren’t solved by sticking with the status quo. (Florida also doesn’t engage much with the idea that perhaps inequality and segregation are inherent characteristics of business-centric, creative class cities.)

One area where Florida might have considered a more radical solution, as a colleague pointed out, is education. Florida only briefly touches on what he terms the “educational divide” in his report. But if you think back to Florida’s four main suggestions — affordable housing, more skilled jobs, higher wages, and less income inequality — you can boil it down to this: people need access to higher-skilled, better-paying jobs.

Easier said then done, but arguably the quickest path to reach that lofty aspiration is through a better education system. Fail to solve that, and Florida’s probably right that Philadelphia’s new urban crisis is just around the corner.